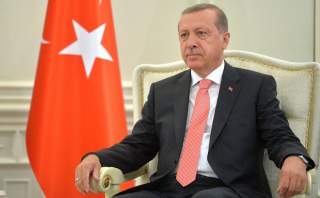 The fallout from Turkey’s shooting down of a Russian warplane that violated its airspace over Thanksgiving week has continued to reverberate with regional and global implications. Moscow’s reaction has been predictably fast and furious, stopping short of armed retaliation but including almost everything else against Ankara, including economic sanctions, travel bans and hostile rhetoric. Ankara for its part has sought to de-escalate the situation by softening its own tone and proactively putting in place a temporary no-fly zone along its border with Syria, all while trying to engage with Moscow at every level. In addition to its bilateral engagement with Russia that has stopped just short of an apology, Turkey has sought reassurances from NATO and Washington that it has received, while simultaneously reaching a deal with the European Union on refugee cooperation. While in the short-term not much has changed, Turkey’s actions against Russia in Syria may prove to be a longer-term tipping point for Ankara’s transatlantic relations if managed properly by the West.

Prior to last week no regional or international power had dared to militarily challenge President Putin’s aggressive new strategy for Russian foreign policy in its “near abroad.” Despite economic sanctions and strong rhetoric over Russia’s illegal annexation of Crimea and proxy war in Ukraine, the transatlantic community seemed to calculate that the costs of confrontation far exceeded the benefits. Even as Putin moved from Ukraine into Syria to support his ally Assad with not just military supplies but direct air support there seemed to be a grudging acceptance by the West that nothing could be done—indeed Russia’s direct intervention could be a part of the longer-term solution in Syria. Having flagrantly violated Turkey’s airspace enroute to open its new Syrian front, Putin sent a clear message of his intentions and particularly angered President Erdogan with his choice of anti-Assad Turkmen targets rather than ISIS or Kurdish forces which would have allowed the two leaders to paper over their differences.

Unfortunately for Putin he underestimated the resolve of a newly emboldened Erdogan flush off of his ruling party’s surprisingly definitive election victory in early November. After the worst terrorist attack in Turkish history in Ankara in October, and with tensions with the PKK increasing, Erdogan sought to use his hosting of the G-20 in Antalya to rally the world’s attention on Syria. At that meeting, just after the Paris attacks, Erdogan intended to pursue not just a short-term coalition against ISIS, which Turkey sees as merely a symptom, but also the root problem in Syria as Ankara sees it, which is Assad.

For his part, President Erdogan clearly telegraphed his intentions when after the G-20 he reiterated his belief that Assad was the root case of recent international terrorism and the humanitarian crisis engulfing Turkey and Europe, and took it one step further by accusing, “Those standing behind Assad as being at least as guilty as he is.” This was a clear warning to Russia and Iran, precipitated by developments on the ground in Syria and the constant probes by Moscow over Ankara’s airspace that even before last week had involved a Russian made UAV being shot out of the sky.

The lines in Syria were therefore drawn well before the latest incident, but Turkey’s membership in NATO has been a powerful reminder of just how quickly regional tensions can become global. The revelation that some of the Paris bombers travelled through Turkey and had Syrian refugee passports has fueled the political debates in all countries, but only further reinforces the transatlantic community’s stake in its southeastern most flank. Russia’s attempts to paint Turkey as patrons of ISIS have fallen on sympathetic ears in the West who are predisposed to fear the worst from a newly assertive Ankara under Erdogan. Turkey’s ambivalence until recently on ISIS has indeed hurt Ankara and particularly Erdogan’s image in the West. However most in Washington and Berlin, the capitals that matter strategically to Ankara, realize that Turkey has never been more anti-ISIS and willing to work with the West after its souring of relations with Russia. Having become used to a Turkey that has transactionally bargained from a position of perceived strength, its time that the West seize this crisis that Putin has gifted them to re-engage Ankara on everything from its EU membership aspirations to NATO commitments that have exposed the deep seated institutional linkages that bind Turkey with its transatlantic allies.

President Putin has met his match in President Erdogan who is eager to prove Turkey’s international mettle against Russia in its own neighborhood. There has never been a better moment to re-affirm Turkey’s transatlantic character even as deep differences over Kurds in the region will continue to challenge the alliance. Standing by Turkey as it confronts Russia and calls Putin’s bluff of filling a leadership vacuum in the region is in the transatlantic community’s long-term interest even as short-term differences persist over how and when to focus on an anti-ISIS coalition that can precipitate a post-Assad Syria. Turning the current crisis and tensions into a constructive opportunity to re-engage with Ankara’s on its many concerns in its neighborhood is the silver-lining leaders in Washington and Western capitals should be seeking thanks to Moscow.

Joshua W. Walker, Ph.D. (@drjwalk) is a Transatlantic Fellow at the German Marshall Fund of the United States and a former Senior Advisor at the U.S. Department of State who has worked extensively on Turkey.