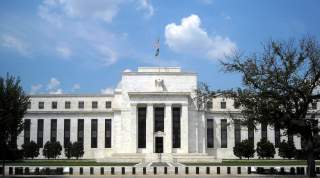 In an interview on Bloomberg last month, St. Louis Federal Reserve Bank President Jim Bullard admitted that the central bank has only recently begun to focus on how the functioning of credit markets affects the U.S. economy. He went on to note that the United States was the only nation with developed "markets" for credit. This recent occurrence, he opined, made it understandable that economists would only have begun to think about the effects of credit market functionality on things like growth and job creation.

Listening to Bullard’s startling confession, it becomes clear why former Federal Reserve Chairman Ben Bernanke was so careful while building the consensus behind the Federal Open Market Committee (FOMC) response to the 2008 crisis. Despite the evidence provided in his brilliant 1983 essay on the importance of credit spreads to the functioning of the U.S. economy, Bernanke rarely mentioned his desire to see the FOMC maintain low rates so that credit spreads would fall. As my co-author Fred Feldkamp and I wrote in our 2014 book, Financial Stability: Fraud, Confidence & the Wealth of Nations, Bernanke’s fellow academic economists were way behind him in understanding the importance to the economy of restoring function to the bond markets.

Thanks to the prescience of Chairman Bernanke, today the U.S. economy is relatively stable and the markets are functioning, although the central bank has arguably waited too long to allow interest rates to rise. The signal for a “lift off” in terms of ending zero interest rates was normalization of credit spreads, not jobs or inflation. Part of the reason that the Fed has taken its time in adjusting interest rates is due to a conflict of visions among current FOMC members.  Most of the members of the U.S. monetary policy making body believe that low rates alone can restore employment and income levels to pre-crisis levels, a view that seems to be at odds with the economic results so far.

In the immediate aftermath of the financial crisis, a variety of observers advocated the use of low interest rates and new public spending, the latter to help stimulate the economy via public works projects and other initiatives. This is a traditional Keynesian response to a recession, but it ignores the fact that boosting consumption via deficit spending has decreasing efficacy as debt levels rise. For decades the industrial nations have used debt and deficits to pull future sales and income into the present day, ignoring the negative impact of such policies on future growth and job creation, not to mention inflation.

The 2008 debt deflation was, in many respects, a warning about how high debt levels used to finance consumption as opposed to investment can threaten economic stability. While the Federal Reserve has been able to asset price create bubbles in various markets, job creation and income have not followed suit. Low rates have driven investment returns down, this even as the quality of opportunities in both the equity and debt markets has fallen. Andrew Biggs of American Enterprise Institute notes in a Wall Street Journal commentary that U.S. pension plans “are taking extraordinary risks to earn higher returns” in the rarefied financial markets created by the FOMC’s experiment in zero interest rates.

Indeed, the response of the industrial nations to the 2008 financial crisis has not been to restructure debt and focus on investment, but to vastly increase the amount of debt to support existing consumption. Some would say that the reason that the Federal Reserve kept interest rates too low for too long was to neutralize the already excessive levels of debt that existed in 2008, a topic we addressed in a recent Kroll Bond Rating Agency (KBRA) research note. But since then the response of public and private agencies has been to increase the level of debt to alarming levels.

Since 2008, the overall indebtedness of the industrialized world increased by $57 trillion, according to McKinsey & Co., encouraged by the low rate environment maintained by the Fed. McKinsey notes that this “raises the ratio of debt to GDP by 17 percentage points. That poses new risks to financial stability and may undermine global economic growth.” And yet even as markets have issued trillions of dollars’ worth of new public and private debt, financial institutions continue to see their income from earning assets decline.

Andrew Wilson, the European chief executive of Goldman Sachs Asset Management, has warned that the world is “drowning in debt.”  The London Telegraph reports that Wilson went to on to say that: “There is too much debt and this represents a risk to economies. Consequently, there is a clear need to generate growth to work that debt off but, as demographics change, new ways of thinking at a policy level are required to do this.”

When senior officials of the Federal Reserve System confess that they are only just beginning to consider the impact of the capital markets on the U.S. economy, the takeaway for us all should be that there is a deliberate blind spot regarding the role of debt in current thinking on monetary policy. Fed officials think—or at least pretend—that we can restore growth and market stability merely by keeping interest rates artificially low, but life in the real world is a little more complicated. The situation in Greece illustrates the extreme example, where a nation with a shrinking economy has reached the point where it clearly cannot repay its debts—yet its foreign creditors led by the EU and International Monetary Fund insist on pretending that the Greek debt is money good. And there are more than a few, larger nations headed down the same road as Greece.

As the Fed starts to move towards normalizing interest rates, policy makers around the globe are going to be forced to grapple with the issue of debt—although we should not underestimate the ability of politicians to delay the day of reckoning. Sovereign defaults, after all, only occur when all of the alternatives become politically unpalatable. For the past seven years, political leaders in the major industrial nations have gotten a free ride as central banks have masked the true cost of accumulated debt with artificially low interest rates. Notwithstanding the considerable subsidy of low interest rates, growth and job creation in most nations remain well-below our collective expectations. How will this picture look when interest rates return to something approaching normal levels?

Global central banks have cushioned the shock of the 2008 crisis, yet the hard work of restructuring still remains. The major difference between the 1930s and the great recession of 2008 is that in the latter case we did not allow the full liquidation of bad debts, the resulting cleansing of the financial system and the related call to action that enabled a political response.  In fact, since 2008 we’ve added tens of trillions in new debt atop a financial system that is not fully healed. Small wonder then, with this massive burden of debt, growth in most of the industrial nations remains stalled. Only when policy makers around the world accept and act upon the fact of excessive debt as an obstacle to full recovery will the growth prospects for the global economy improve.