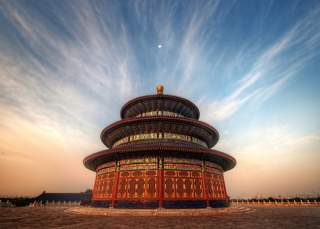 Hey big spenders: ever wanted to drop a few trillion dollars? That is exactly what China and Japan have done in recent years as the world’s second and third largest economies underwent a massive debt binge.

China’s debt-to-gross domestic product (GDP) ratio has ballooned from 150 percent to more than 260 percent in a decade in what the Wall Street Journal has described as “the kind of run-up that usually ends in a bust.”

The situation is hardly better in Japan, where gross public debt has ballooned to 250 percent of GDP (net debt is a more manageable, but still a worrying 130 percent) as Tokyo struggles to shake off its post-bubble funk.

Although Japan and China still rank as the world’s top and third biggest net creditors, respectively, figuring a way out of the debt issues for these two economic giants has taxed plenty of economists.

Japan: After the Party

Japan partied hard in the 1980s, with an asset bubble propelling land, stock and other asset values to record highs and Japanese corporations buying up trophy assets abroad. Famously, at one point, the land under Tokyo’s Imperial Palace was said to be worth more than the entire state of California.

Unfortunately, like most asset bubbles, it did not last forever, and when it burst it wiped out trillions of dollars in asset values. The aggressive fiscal policy response by successive administrations failed to reinvigorate the economy, leaving Japan’s government stuck spending around half its total tax revenue in servicing its debt, currently around one quadrillion yen ($10.3 trillion).

Japan has avoided a Eurozone-style debt crisis largely thanks to its high domestic savings, with 90 percent of government bonds still in the hands of Japanese buyers who have been willing to accept minimal yields, and a far more sympathetic central bank.

The Bank of Japan has helped curb public debt by quietly buying bonds from private investors, a “monetization” of the deficit that could see it fall to 100 percent of GDP within two to three years, according to Fujitsu Research Institute’s Martin Schulz.

Credit-rating agencies expressed mixed views after Japanese Prime Minister Shinzo Abe’s decision in May to delay another consumption tax hike to 2019, a move that helped secure another election victory for his ruling Liberal Democratic Party. However, Abe’s administration points to its progress in cutting the primary deficit to GDP ratio from 6.6 percent of GDP in 2010 to 3.1 percent in fiscal 2016, with the goal of achieving a “primary surplus” by 2020.

Former IMF chief economist Olivier Blanchard believes Tokyo’s end game may be to seek a “stealth default” by hyperinflating the real value of its debt into the ground. Another option of perpetual zero-interest government bonds has also been flagged.

"At some point Japan will basically buy up all its debt and the central bank will forgive the Treasury and try to move forward with that,” bond investor Bill Gross told Bloomberg News. "I see no other way out for Japan.”

China: Debt on the Up

On the surface, China’s debt appears in a far better place than its Sea of Japan neighbor, with the IMF reporting that its gross public debt is only 47 percent of GDP, ranking it hundredth out of 184 countries.

This, however, only accounts for national government debt, and more than 80 percent of public spending in China is by provincial and municipal governments, leading to estimates that China’s fiscal deficit in 2015 was closer to 15 percent of GDP, a higher level than in the United States at the height of the 2008 financial crisis and far higher than the 3 percent reported by the IMF.

The real deficit could be far higher again, as local governments frequently set up state-owned corporations to act on their behalf, thereby obscuring their expenditures from government balance sheets. Many of these “zombie” companies are now burdened with so much debt that they only exist to take on more debt so that they can meet their repayment obligations.

In the choice between slower growth or more debt, the government has chosen the latter, with the Communist Party’s looming five-year congress next year an important political motivation for Chinese President Xi Jinping.

The end game for China’s mountain of debt has analysts split. Some believe the risk of a crisis is low, since much of the debt is owed by state-owned companies. However, others warn that the rate of debt accumulation is unprecedented, and with $4 of credit now needed to boost GDP by $1, the Chinese economy is headed for a crash with global consequences.

Having had two decades to work off its debt binge, Japan has had plenty of experience in hard times and has the benefit of a relatively even distribution of income and a resilient society that has coped with greater challenges such as natural disaster. China, however, could see significant political and social upheaval if Beijing is unable to keep the good times going after having built its credibility on perpetual economic growth.

Whoever blinks first, the world has a lot riding on how these two Asian giants work out their debt issues, not least being the fact that they are also major creditors of much of the developed world.

Image: The Temple of Heaven in Beijing. Flickr/Trey Ratcliff