The Yellen Legacy Is in Trump's Hands 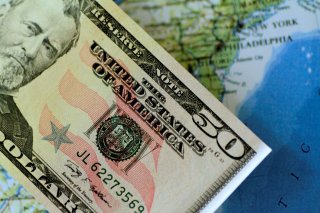 There is a changing of the guard coming to the Federal Reserve (the Fed). By most accounts, the Janet Yellen era is ending. Like all Fed chairs, her legacy will be written and rewritten in coming years as the results of the policies she oversaw become clearer. And it will be written by President Donald Trump.

Maybe she will be seen as the “Great Normalizer,” maybe not. After all, Alan Greenspan was once considered the “Maestro.” Now he is blamed for stoking the housing bubble. History is still judging Ben Bernanke’s time as head of the Fed. Did his oversight of multiple rounds of quantitative easing lead the United States through one crisis to the brink of another? Probably not, but only time will tell.

But, like all Fed chairs, Yellen’s legacy will not be determined solely on the merits of her own policy, or even her own term. The next Fed president, and their policies, will play a role in determining the Yellen legacy—and even Bernanke’s.

There is little doubt the next Fed chair will have an effect on how Yellen’s time at the helm is remembered. But it is not simply the top post at the Fed that is changing hands. The vice chair recently resigned, and there remain numerous openings requiring Trump administration appointments. In essence, the makeup of the Fed will be drastically altered—an obvious but necessary point.

Yet this is not the first time such changes have come to the Fed. After all, Chair Yellen followed Bernanke, and the two had their differences in worldview. However, they were not dramatic and the transition was relatively seamless. Bernanke handed Yellen a blueprint for the slow removal of accommodation that the market had accepted. There were few surprises, and relatively few hiccups. Sure, the removal of accommodation was slow, but there were few, if any, true dislocations.

A relatively benign transition from Fed chair to Fed chair is common in modern U.S. central banking. Typically, the market does not have a significant reaction to the nomination of a new chair. But then why do markets seem to care so much about the current Fed chair successor? Because this dynamic may change.

Part of the reason is that the Fed chair decision could lead to a “regime change.” Regime change in this case meaning something other than the current “lower for longer” mantra the Fed has consistently adhered to over the past near decade. This dynamic of a slow and careful Fed was passed from Bernanke to Yellen. The mentality of not moving too quickly and being as deliberate with monetary policy shifts as possible has been an important driver of the current recovery.

Recently though, the messages coming from the Fed have been more confusing. Without inflation and with current tepid wage growth, the Fed has seemingly been intent on moving the fed funds rate higher. Market participants do not think this can last, but the Fed has insisted that it will continue to raise rates. Not only that, it also insists that the U.S. economy will justify it in doing so. The Federal Reserve is not known as an eternal optimists, but at the moment that appears to be the case.

This is part of the reason why the current differential between the market’s predictions of where Fed funds will be in 2018 and 2019 versus the Fed’s own projection is gaping. The differential has been persistent during the recovery, with the market betting on lower rates and being, for the most part, correct. Unfortunately for Yellen, this could change, and the next Fed chair might try to deliver on the overly ambitious expectations for fed funds hikes.

Granted, the current odds are pointing toward the nomination of Jerome Powell, a candidate that leans dovish and has been at the Fed. This transition would likely look similar to the Bernanke-Yellen handoff, with few immediate and sharp alterations in terms of policy.

Powell might not cause a problem for Yellen, but there are other candidates that would be less likely to have such a smooth handoff. Once considered a long shot candidate, John Taylor is fairly well known for being hawkish, not to mention that he has advocated numerous times in testimony before Congress about implementing a policy rule for the Fed to follow. This is unsurprising, given that he pioneered the original policy rule.

Chair Yellen, and most Fed members, have adamantly fought the implementation of a policy rule because it would impede on their independence and give Congress an “auditing power.” Congress having more influence over monetary policy would not be a positive development.

So what does that mean for Yellen’s legacy? Even more so than normal, the outlook is foggy. There is a chance that there will be a clean handoff, and much of the current “forward guidance” around policy remains intact—maybe with the customary fewer than expected hikes. This would keep the slow but steady removal of accommodation on track. That would likely be the case with Powell, whom the odds currently favor.

On the other side is Taylor, who would be more hawkish and advocate policies for which markets are currently unprepared. After all, the implementation of a policy rule would scare and confound markets, though it would also be the ultimate form of forward guidance as the ability of Congress to interfere directly with monetary policy would be unequivocally negative.

This Fed chair pick might matter for the markets than previous ones. But at the same time, it also matters more than previous ones in terms of the sitting chair’s legacy. There are two wildly divergent potential paths available. For her legacy’s sake, Yellen prefers the status quo.