There Is No Better Soft Power than Demining 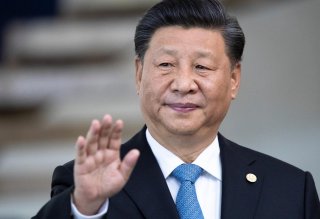 China continues to entrap developing countries with debt-trap diplomacy: It offers easy money upfront while demanding strategic assets as collateral. The fifty main developing countries receiving Chinese loans saw their debt increase from one percent of their GDP in 2005 to over 15 percent in 2017. African liability can be especially high. At the end of 2019, Djibouti’s debt to China was in excess of 70 percent of that strategic country’s gross domestic product, and perhaps even higher. The Republic of Congo’s debt to China was equivalent to 40 percent of its GDP. Niger and Zambia are not far behind. Ethiopia owes half its external debt to China and, even after China canceled interest-free loans it had granted Ethiopia through 2018, Ethiopian debt to China remains equivalent to around 15 percent of that country’s GDP. Chinese debt also entraps other countries, especially those seeking to fast-track their development after decades of conflict. Laos and Cambodia also owe a significant debt to China.

Despots find it easy to deal with China, but the hearts and minds of dictators are not synonymous with their citizenry. China may enrich those signing its contracts but that money does not trickle down. China often imports its own workers and segregates them from the local population. Chinese employees send their salaries home rather than support the local economy. China lost support among industrialized societies because of its initial secrecy surrounding the coronavirus outbreak in Wuhan, but even though China remains more popular in poorer countries, it seldom gains any significant affection dividend as many Africans and others in the developing world remain uneasy about Chinese exploitation.

The United States has an opening to win hearts and minds in many of the post-conflict countries in which China has become so active, however. For too long, the State Department and USAID have taken a scattershot approach to aid. Perhaps the biggest contribution Secretary of State Tony Blinken and USAID Administrator-nominee Samantha Power could make would be to recognize that not all assistance is equal. China currently provides more development finance than the United States and the World Bank combined, and so Washington will need more than its checkbook to compete. The best strategy Blinken and Power could take would be to double down on demining. Over the past two decades, both under Democrats and Republican administrations, the State Department’s Bureau of Political Affairs has become the world’s largest funder of landmine and unexploded ordinance clearance, but many clearance needs continue to go unfunded. At issue is not only life-saving assistance in conflict zones but opportunities to promote the United States and its vision in a lasting way. Demining villages, towns, and neighborhoods allow refugees to return home, farmers to resume and expand agriculture, and parents to send their children to school safely, all tangible gains at a time when many ordinary citizens see little gain from Chinese projects.

Demining also maximizes employment. While China’s Belt-and-Road Initiative relies on Chinese guest workers, U.S.-funded demining programs employ thousands of former refugees, war widows, and other vulnerable populations. In Hargeisa, for example, the capital of Somaliland from where the Halo Trust coordinates of mine clearance mines from the Ethiopia border, the group has become the third-largest employer in the city. Should the Ethiopian government issue permits for the group to employ Ethiopians on its side of the border, it might too amplify the benefits. In Nagorno-Karabakh, where fighting erupted last fall, the organization has become one of the largest employers of women. Demining provides unique opportunities for women in Angola as well. Such opportunities are especially important in conflict zones where war widows sometimes provide for extended families. Unlike other NGO projects, de-mining does not simply provide temporary employment that ceases with funding. The skills workers accrue over a three- or six-year project can then enable demining to continue long after American and European project directors depart.

Branding also matters. While China relies on marquis projects in major cities, a poor Ethiopian or Kenyan might see a stadium but will never step foot inside. Likewise, many Djiboutians will never be able to get near that country’s Chinese port project. Every day, however, millions in rural communities from Angola to Ukraine see fleets of trucks and uniformed de-miners, all bearing the American flag, directly assisting their communities. Such community investment trickles upwards, as city dwellers maintain contact with their ancestral villages and locals speak to relatives working abroad so that they might send remittances home.

Sri Lanka perhaps shows best the difference in the Chinese and American approaches. In December 2017, predatory financing forced the Sri Lankan government to transfer the Hambantota port to Chinese control. Not far away, the United States leads the global community in clearing landmines leftover from Sri Lanka’s decades-long civil war, employing thousands of war widows and former refugees, while helping transform what was once a war-ravaged region into a center of manufacturing that now competes with China in textiles and other sectors.

Biden and Blinken say they seek to counter China on the world stage. While the United States should see in China a zero-sum competitor rather than a partner, it should not seek to defeat China at its own game. For more than three decades, I have traveled to sub-Saharan Africa, the Middle East, and Central Asia, sometimes several times each year. Often, I have seen nongovernmental organizations where managers live like local potentates but contribute little lasting to society. Certain exceptions stand out. Demining operations like Halo Trust (which I have seen in Iraq, Nagorno-Karabakh, and Somaliland during the course of broader research travel) operate on shoestring budgets but provide a huge bang for the buck. While the State Department might fund conferences about women’s empowerment, there is nothing more empowering than employment. And, while USAID famously spent 95 percent of its counter-malaria budget on consultants and five percent on mosquito nets, U.S. demining outfits spend the vast majority of their budgets on operations and local national employees. There is a tendency in Washington to confuse effectiveness with money spent. Simply put, in the battle to win hearts and minds, ten million dollars spent on demining operations in a country is more effective than ten times that amount dedicated to conferences, roundtables, and inclusion programs. If Biden and Blinken really want to win the global battle of hearts and minds and pursue a policy with bipartisan appeal that can continue long after their term in office, then it is time to double down on what works. De-mining not only saves lives, but also its ripple effects in terms of economy, societal development, and the competition for hearts and minds reach far beyond almost any other program they might sponsor.