There Is No Secret Russian Oil War 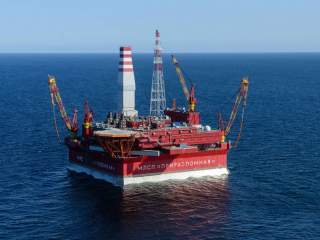 Moscow’s promotion of instability in order to increase oil prices is one of the most popular theories concerning Russian foreign policy in the Middle East. Billionaire oil investor T. Boone Pickens recently expressed this view after Moscow’s recent intervention in Syria. The theory goes like this: Russia contributes to instability, which generates uncertainty, which raises oil prices. But is there any real evidence that raising oil prices is a major priority of Russia’s foreign policy?

Russia’s leaders certainly do care about oil prices, and with good reason. Plunging oil prices decrease the ruble’s value, which closely follows oil prices. Oil exports are important to Russia’s federal budget and to its overall balance of trade. Indeed, when monthly average Brent oil prices peaked at about $125 per barrel in March 2012, the ruble was close to its own peak, at approximately twenty-nine rubles to every U.S. dollar. When Brent prices fell to $30.70 per barrel in January 2016, the ruble had fallen to about eighty rubles to the dollar. It is easy to examine this currency-resource correlation by comparing U.S. Energy Information Administration oil price data with Russian Central Bank ruble values. As a result, the Russian government has imposed sweeping budget cuts that will now affect defense expenditures as well as social programs and other areas.

In the face of this economic pressure, Russia has pursued negotiations with Saudi Arabia and others to try to limit oil production, in hopes of stabilizing and even increasing prices. If oil prices were Moscow’s top foreign policy priority, the oil-price theory of Russian foreign policy would predict simultaneous efforts to destabilize the region, thereby creating new risks to oil production and putting upward pressure on prices. This is not happening.

On the contrary, Russia has been working with Riyadh to contain prices and announcing a withdrawal from Syria and a new focus on peace talks there. If Russia were determined to play the oil card, it could do so in many different ways. For example, one option might be to step up support for Assad’s government to win a comprehensive military victory over its foes. If Russia looked seriously at this option, the changing conditions could draw Saudi Arabia and other supporters of the Syrian opposition more deeply into the conflict and perhaps expand it. This is much more likely to raise oil prices than what Moscow has done in the past. But Syria is not a major oil producer or exporter. So perhaps Russia’s policy in Syria is not oil centric, but its approach to other problems could. Unfortunately, there is not much evidence to support this argument either.

One of the strongest counterarguments to the oil-price theory of Russian foreign policy is the recent Iran nuclear agreement, known as the Joint Comprehensive Plan of Action (JPCOA). If higher oil prices were Russia’s principal goal in dealing with Iran—which has the world’s fourth-largest proven oil reserves—why facilitate the JPCOA at all? It would be far better to block the agreement in hopes of forcing a showdown between Washington and Tehran, possibly including U.S. military action. Alternatively, Russia could have agreed to Western proposals to tighten sanctions on Iran’s energy sector, further limiting oil supplies. Or Moscow could have delayed the talks, hoping that this would create sufficient uncertainty to raise oil prices. Instead, at a time when Russia was already suffering economically from low oil prices and from Western economic sanctions, President Vladimir Putin decided to support an agreement that would only further decrease oil prices.

Attempting to block the Iran agreement would have required Russia to take a strong international stance—determined action that could have alienated not only Washington and European capitals but also Beijing. If the diplomatic cost were lower, one could argue, perhaps Russia would act in ways likely to increase oil prices. If this were true, however, we should expect that Russia would do nothing to oppose moves by others that would result in higher oil prices.

But this answer is also unsatisfactory. One of the clearest examples is the U.S. invasion of Iraq in 2003; if Moscow wanted high oil prices, and wasn’t concerned about the war’s other consequences, Russia’s leaders could simply have done nothing to oppose the George W. Bush administration’s efforts to mobilize international support for the war. Instead, Vladimir Putin aligned himself with German Chancellor Gerhard Schroeder and French President Jacques Chirac in attempting to stop the United States.

That said, Russia did much less to oppose U.S. and NATO air strikes in Libya in 2011—so maybe this proves that Moscow wanted disorder there to increase oil prices? It doesn’t look that way. First, then-president Dmitry Medvedev agreed to accept the strikes after intense pressure from President Obama and appeared to do so in large part to appease the United States. Second—perhaps more importantly—then-prime minister Putin criticized Medvedev’s decision to order Russian diplomats to abstain in United Nations Security Council vote, prompting a rebuke from Medvedev. Since Putin has been controlling Russian foreign policy for most of the last sixteen years, Medvedev’s move was likely an exception rather than the rule. Finally, oil prices were already quite high in early 2011 when Medvedev made his choice. Even if moving oil prices upward was a top priority in Russian foreign policy, it would have been much less necessary at this specific time.

While oil prices are important for Russia, they are generally not a driving factor of Russian leaders’ key decisions. Thus, Russia does seek to shape oil prices, but does so through routine diplomatic processes. There are many reasons for this, but one of the most significant is that Russia sees critical national-security interests in the Middle East that override its concerns over oil prices. In fact, in each of the above cases—Syria, Iran and Iraq—President Putin has pursued policies that appear intended to produce stability. So Russia’s supposed secret plans to boost oil prices may produce entertaining conversation, but they don’t lead to much else.

Paul J. Saunders is Executive Director at the Center for the National Interest and a Research Scientist at CNA Corporation.