There Is a Rules-Based International Order. It’s Just Not Omnipotent. 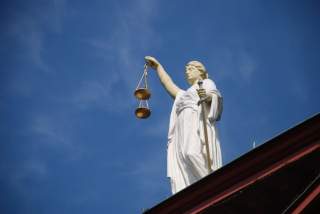 Patrick Porter’s essay in The Skeptics, “Sorry Folks. There is No Rules-Based World Order.” (National Interest, August 28, 2016) is a classic strawman argument. Porter asserts that there is no “global set of rules” or “international law above power” requiring states to conduct their affairs within certain prescribed limits. He captures the concern with “legalism” observing the “ambition that formal rules can supplant power politics…[and] that politics itself can be obviated by codes and institutions” is naïve and unrealistic. In overstating the case, Porter ignores that codes, international law and international institutions were never intended to fully supplant state-interested behavior. They were intended, rather, to shape, influence, regulate and augment power politics. Vesting only five nuclear powers with veto power in the Security Council is the perfect, succinct example: the Security Council works to regulate interstate affairs, particularly with regard to the use of force, while acknowledging some state interests matter more than others.

Porter’s main argument fails because he assumes an effective system of rules and norms would never admit of departure from those established standards. This is inconsistent with the sum total of knowledge about law: in a domestic context, a law does not lose legitimacy because a few bad actors choose to disobey it. However perilous is Chicago’s violent crime epidemic, it would be many times worse but for the Illinois murder statute, you can be sure. Some actors, unmoored from an internal moral or religious regulation of the desire to kill other humans, are nonetheless deterred by the prospect of arrest, trial and imprisonment. The international system works the same way: states occasionally act outside the strictures of the UN Charter’s Article 51 (self-defense) and Chapter VII (Security Council authorization) by engaging in state-on-state armed conflict, but that only makes the conflict less legitimate and more subject to international consequences—diplomatic, economic or military. It does not affect the legitimacy of the system which sanctions, or withholds sanction of, interstate conflict. In that regard, Secretary-General Annan’s claim that the UN is the “sole source of legitimacy” for the use of force remains intact, even where nations fail the test of legitimacy in armed conflict.

The International Criminal Court is no more a failure, for example, because it has a perceived Africa-targeting bias, or because certain known war criminals have escaped its grasp, than any other otherwise legitimate institution functioning at less than perfect efficiency. The test of whether there is a rules-based international order is whether the norms affect state and state actors’ behaviors, not whether one hundred percent compliance is achieved. Porter’s conclusion there is no system because it does not operate perfectly is thus fallacious. Our national obligation is to continue to strengthen the international order, not to undermine it because it is occasionally imperfect or ineffective.

Butch Bracknell is an international lawyer who spent twenty-two years on active duty in the U.S. Marine Corps. He is a graduate of the University of North Carolina, the Francis King Carey School of Law at the University of Maryland and Harvard Law School. These opinions are his own and may not be ascribed to any organization or entity.