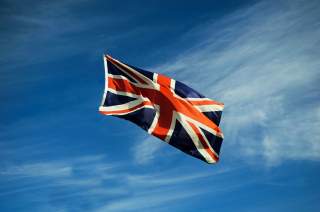 The London political world has been taken completely by surprise by Prime Minister Theresa May's announcement that Britain will be having a general election on June 8. She had just completed a short walking holiday in Wales after a gruelling round of foreign trips and it was assumed that the only election she had on her mind was the May 4 election for local councils. Her Conservative Party was expected to do well in that election all parts of Britain.

Holding a general election is not the formality it used to be. May’s predecessor introduced fixed parliamentary terms lasting five unbroken years, and an interim election can only be called after the government has been defeated in a confidence vote. This is one obstacle which May will easily overcome as her own Conservative troops vote to end her ten-month-old government.

Observers likely wonder why the political leader earlier insisted that “now” was not the time for an election since there was “a job to be done.” For some time, all polls have indicated that the Conservative majority is likely to increase from a slender seventeen in the 650-seat House of Commons to well over one hundred. Such a solid majority is needed in order to pass the numerous parliamentary bills connected with Britain’s withdrawal from the European Union. In the trench warfare of late-night parliamentary sittings, May must have known that her government would be at risk of ambush from opponents keen to sabotage her timetable for Brexit.

May is likely to seek a mandate from voters for a complete withdrawal from the European Union. She is also likely to stress that Britain will be a partner and friend of the EU, and that the country will not seek to act as a counter-model for other potential “deserters.” With polls continuing to show a majority support for Brexit, May, who succeeded David Cameron soon after the momentous June 23 referendum, hopes to have a majority in her own right. This is bound to strengthen her hand in tough settlement talks with the EU.

A British-government-wielding authority at home may well embolden pragmatists in Brussels who are unhappy at the push for a hard Brexit desired by well-placed ideologues. The European Parliament’s negotiator, Guy Verhofstadt, is just one of those clearly unreconciled by last year’s referendum decision.

The Liberal Democrats are the most pro-EU electoral contenders, and they are likely to do well on June 8. They currently only have eight members of Parliament, having lost 90 percent of their representation in 2015. Any Conservative losses to this opponent will likely be offset by big gains at the expense of the Labour Party. Under unpopular extreme left-winger Jeremy Corbyn, the party seems poised to lose perhaps one quarter or more of its 229 members of Parliament.

Among working-class voters who still support the Labour Party, polls show that the majority of them prefer May to Corbyn. He is derided for concentrating on niche left-wing causes and for being out of touch with ordinary citizens.

In the House of Commons, the most vociferous critic of the government is the fifty-four-strong Scottish National Party. But the party is under strong pressure because of mounting unpopularity in Scotland over its poor management of the autonomous government and its agitation for another referendum on quitting the United Kingdom so soon after the one in 2014.

Until 2015, many leading conservatives were resigned to their party never obtaining an outright majority, perhaps for the rest of their lives. Britain had become a radical place in social and cultural terms. But the Conservatives have caught up, and May’s stated concern to look out for ordinary working families makes her appear compassionate as well as competent in the eyes of voters distrustful of her party’s economic priorities.

Currently, no other party enjoys as much standing with the coping classes. Whereas David Cameron seemed at times to govern principally in the interests of well-connected beneficiaries of globalization, May has clearly reached out to those who have fallen behind during an era of rapid social and economic change. At least for the time being, May has buried the image of the Tories as patrician and arrogant. Her authority inside her own party—and her standing in much of the country—is high. Suffering from type two diabetes, the health of this fifty-nine-year-old leader is not the most robust, but she is a seasoned warrior. She also has loyal aides who made sure the news of her shock decision did not leak out.

May now seems poised to deliver a crucial victory for her party, unless the election takes an unexpected turn. If successful, that victory will, in the short term, reinforce frayed British territorial unity and strengthen the hands of British negotiators in their duel with Brussels over the terms of Britain leaving the European Union. It may well also confirm the underlying stability of Britain while major European counterparts face their own testing times.

Tom Gallagher is a retired political scientist. His most recent book, Scotland Now, A Warning to the World, was published in 2016.