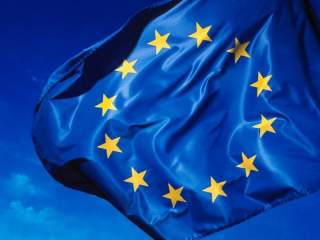 On January 1, Lithuania became the newest member of the Eurozone, joining a club of eighteen other nations in a currency union that has troubled Europe’s economy for the past several years. Unfortunately, the celebration over Lithuanian membership will be short lived, because 2015 will prove to be a turbulent year. Indeed, three important elections pose an existential threat to the European Union as we know it:

First, in a move befitting of a Greek tragedy, the Hellenic Parliament in Athens failed to elect a new president. In their system of government, this gridlock triggered an automatic parliamentary election, which will take place on January 25.

The trouble is that the left-wing Syriza party, led by Alexis Tsipras, is likely to win. Tsipras is justifiably opposed to the austerity measures imposed on Greece, which have done far more harm than good to its economy. Though the profligate nation was in serious need of economic discipline, the austerity program has been harsh. Greece is just now emerging from what Quartz describes as a depression worse than the Great Depression of the 1930s.

Though experts disagree as to whether a Syriza victory ultimately is good or bad for Greece, the Washington Post’s Matt O’Brien vividly describes the potential situation as a “high-stakes game of chicken with Germany.” And it is no secret that industrious Germans have grown weary with paying the bills of their wanton Mediterranean counterparts.

Second, in May, British voters will return a verdict on the Conservative government of Prime Minister David Cameron. Though his popularity has receded, his rival, Ed Miliband of the Labour Party, is widely perceived as weird and oddly uncomfortable in his own skin. A lackluster campaign performance by Miliband could see Cameron win another five years in Westminster, especially if British voters who are currently flirting with the right-wing, anti-EU party UKIP return to their Conservative roots.

However, a Conservative victory may be deeply troubling news for the European Union. Cameron has promised euroskeptical voters an “in-or-out” referendum by 2017. The latest poll reveals that 51 percent of the British public wants out of Europe.

Aside from the notion that a European Union without the United Kingdom would seem incomplete, the political and economic fallout of such a high-profile divorce would likely throw the entire European project into doubt.

Poles at the Polls

Third, in October, Poland will elect a new parliament. The new president of the European Council, Donald Tusk, is the former center-right prime minister of Poland. His political party, however, is not faring well. Scandals and voter fatigue may help usher in a new, populist, right-wing government led by former prime minister Jarosław Kaczyński.

The conspiracy-minded Kaczyński is divisive at home and despised abroad. When his twin brother, former president Lech Kaczyński, was killed in a plane crash in 2010, he accused the Russians of engineering foggy weather. He also has accused Angela Merkel, the chancellor of Germany, of having ties to the Stasi, the former East German secret police.

A new term for Kaczyński as Poland’s next prime minister certainly would do nothing to soothe tensions in what will likely be a stormy year for the European Union.

In 2012, European Central Bank president Mario Draghi said he would do “whatever it takes” to save the euro. However, angry and jaded European voters in 2015 may not share his same passion. And the fate of the continent rests largely in their hands.