These 5 Countries Will Dominate the Global Economy in 2030 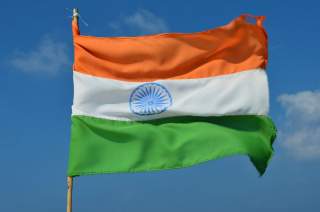 Will today’s five largest economies—China, the United States, India, Japan and Germany—maintain their places between now and 2030? Or will see a reshuffling?

China has already passed the United States in terms of Purchasing Power Parity Gross Domestic Product (PPP GDP)—a method of measuring the relative purchasing power of a nation used throughout this piece. Granted, this is only one measure of wealth, and much of China remains poor, but it illustrates that measurement matters. By other measures, such as current dollar GDP, the United States is still the largest economy, and it is likely that U.S. economic dominance will continue.

For its part, China will certainly remain a top-five economy, but it will not overtake the United States in terms of GDP per capita—a measure of wealth versus size. The two primary headwinds for China maintaining are the need to reform its banking system, and the pivot to a more consumer-driven society. Neither is simple to address on its own, never mind in tandem.

China’s banking system is laden with nonperforming loans. The extent of the issue is unknowable, due to the opacity of the institutions, but the suspicion is that the need to recapitalize and expunge the balance sheets is imminent and stark. Tackling, and ultimately solving, the issue will consume resources that would be better used to transition the economy from infrastructure building and investment to services.

By 2030, China may find itself in a similar position to where Japan is today—a significant global economic player going nowhere quickly while aging rapidly. Unlike Japan, China will be a particularly poor position to pause its growth, given that it will be at best a middle-income nation.

This so-called “middle-income trap” is unforgiving, but the middle-income trap is not a middle-income decline. It is rare for nations to fall back significantly, which is what it would take for China, or the United States, to fall out of the top five. Therefore, the battle for spots in the top five will be fought from third to fifth place, positions currently held by India, Japan and Germany. The captivating question is who will fall out, and who will rise to replace them.

Using the International Monetary Fund’s PPP GDP figures, the United States and China have economies that are more than double that of third-place India.  Nonetheless, it will take a serious twist of fate for India to be replaced in the top five. India’s tailwinds are numerous, its headwinds are manageable and, unlike most the rest of the world, India is a relatively young country. It also has the tailwind of needing to build the necessary infrastructure to be a twenty-first-century economy. And, at less than 70 percent according to the IMF, India does not have the government-debt-to-GDP burden that hinders the growth of many countries (meaning that there is some room for fiscal policies to encourage growth).

Not everything is falling precisely into place for India at the moment, though. The World Bank Group ranks it 130th in its “Doing Business” rankings. But this is also low-hanging fruit for India, and addressing it would accelerate growth. India is a large economy needing only simple fixes to continue its growth.

Japan and Germany, meanwhile, are in far more tenuous positions, with Russia, Brazil and Indonesia on their heels and the dark horse, Mexico, not too far behind either.

Japan suffers from nearly every economic ill possible. Its population is aging, its government is heavily indebted and monetary policy has been constantly easing for the better part of two decades. But even with no end in sight to the stagnation, Japan will not be replaced as a top-five economy.

For Germany, a deciding factor on who rounds out the top five will be the extent of the deepening of economic integration within the European Union (and whether or not it is considered an economy on its own) or whether it weakens or dissolves. While unlikely to resemble the United States, the EU will probably still be around in one form or another, and the German economy will remain a dominant force. However, the EU is unlikely to have integrated enough, even by 2030, to be considered an economic entity in itself. Instead, it will continue as an amalgamation of countries in a similar economic arrangement as NAFTA, with more mutual oversight.

And this leaves Germany at risk of being overtaken. With growth of only slightly better than 2 percent per year, it will be difficult for Germany to fend off the economies that are rapidly catching up to it. One problem for Germany will be maintaining its current account surplus with the rest of Europe over time. Without the current account surplus, Germany would be forced to wade through a painful rebalancing of its economy.

Indonesia will likely surpass both Russia and Brazil, and will likely be at least approaching Germany around 2030. Indonesia, similar to India, has a host of factors on its side including a young population (average age of about twenty-eight) and a favorable geographic location between China, Australia and India, which allows it to benefit from the growth of all three, or pivot toward one. Even with China slowing, Indonesia is not expected to slow its pace of growth significantly, according to the IMF.

Mexico is currently the eleventh-largest economy in the world, and it may surprise. Partially a derivative of its proximity to the U.S. market, and partly due to preferential trade treatment with its northern neighbor, Mexico is the economy to watch. Granted, it is currently well behind Russia and Brazil. But it is more advantaged through NAFTA and, potentially, the Trans-Pacific Partnership. Russia is currently isolated, Brazil is mired in a political and economic mess, and both are reliant on commodities for their growth.

So, this leaves us primarily with the status quo. The United States, China and India will not be dethroned. And, despite the catch-up by fast-growing economies like Indonesia and Mexico, Japan is likely to remain a top-five economy—but Germany will not. Indonesia, and possibly Mexico, will surpass Germany by 2030. The major economies will see little churn, but immediately below there will be plenty of upheaval. The current commodity price sag will cause many previously fast-growing economies to play catch-up over the next decade while rivals benefit. This would mean that four of the top five economies would be located in Asia—food for thought.