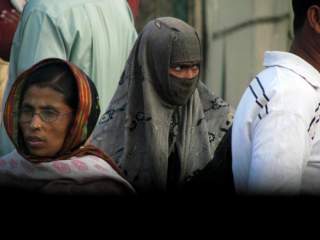 Islamist militancy in Bangladesh rarely draws the attention of scholars and policy analysts for a number of reasons. First, South Asia programs in the United States produce very few Bangladesh experts. In fact, most South Asia programs in the United States focus upon North India as well as a smattering of South Asian languages (e.g. Tamil).  Second, most students of those programs who study the Bengali language will do their language training in India’s state of Bengal rather than Bangladesh.

Within the U.S. government, expertise on Bangladesh is even thinner. The U.S. Department of State, which does not have a South Asia cadre, has few Bangladesh experts because such expertise has little reward in the bureaucracy. Think tanks similarly entertain very little focus upon Bangladesh, with few exceptions because their funders typically find little interest in the ostensibly obscure South Asian state. Finally, few scholars and analysts travel to Bangladesh and when they do, they rarely venture beyond the confines of the country's capital, Dhaka.  These reasons have combined to ensure that Bangladesh has not garnered the scrutiny it merits.

In fact, as both the Islamic State and Al Qaeda in South Asia have locked their sights on South Asia, Bangladesh deserves special attention.

Reasons Not to be Insouciant about Bangladesh

Recently, Atif Jalal Ahmad and Michael Kugelman sought to explore whether or not the Islamic State will infect Bangladesh. While they offer the usual disclaimers of uncertainty, the authors made a series of fundamental misjudgments about Bangladesh.

First, it is not clear why they believe that Bangladesh has not been “infected” by the Islamic State. Indeed, going by the numbers, none of South Asia’s major countries have yielded strong public bastions of support. Even in Afghanistan, the Taliban commanders that have thrown their support to the Islamic State seem to have done so because they have grown exhausted with the organization’s domination by Pakistani intelligence. Elsewhere, criminal elements in Pakistan are hoisting the Islamic State flag to conceal their criminal activity and garner impunity or as an intimidation tactic. India has had relatively few recruits march off to Syria and Iraq—so far the numbers are single digits. In contrast, Bangladesh has produced considerably more ISIS recruits than has India despite having about equal numbers of Muslims. Authorities have arrested several Bangladeshis who are living in the United Kingdom who were recruiting fighters from Bangladesh. Just last month, Indian intelligence intercepted a group of jihadi recruits on their way to meet an ISIS handler in Bangladesh.

However, ISIS is just one threat to this important state of some 169 million people, nearly 90 percent of whom are Muslim. In fact, Bangladesh has a long dalliance with numerous kinds of political violence, including that which can be described variously as inter-party, communal, sectarian, hartal (strike)-related, and political assassinations. While it is nowhere as violence prone as its neighbors, according data from the University of Maryland’s Global Terrorism Database (GTD), between March 1986 and December 2014, there have been 1,049 terrorist attacks. This no doubt understates the case given that Bangladesh does not garner the attention in international media that its more popular neighbors do and international media is a key input to the GTD.

Bangladesh continues to wrestle with Islamist militancy, spearheaded by the Jamatul Mujahideen Bangladesh (JMB), which in turn has had very tight organizational ties to the Jamaat-e-Islami (JI). During the tenure of the Bangladesh National Party, under the right of center leadership of Khalida Zia, Islamist terrorism flourished. Prime Minister Zia was unwilling to crack down on these Islamist militant groups because she relied upon Jamaat-e-Islami to maintain a majority in the parliament.  During Ms. Zia’s tenure, both her own party and the Jamaat-e-Islami were wooing the many tens of thousands of Rohingyas who were refugees in the southern town of Teknaf on the Bangladesh border. During fieldwork in Teknaf in 2005 and later as an election observer, Fair learned that many Rohingyas were even given false voter identification so that they could participate illegally in the 2006 elections.  (Bangladesh’s military staged a coup and those elections were postponed to 2008.) In addition, JI-related militant groups have been actively recruiting from the same pool of Rohingya refugees. In fact, JMB is actively trying to resurrect itself and reportedly is once again reaching into the Rohingya pool. This is all the more worrisome as the Rohingya crisis continues to mount. It is only with the ouster of Ms. Zia that the Bangladesh government has shown the willingness to crack down on these militant groups and its primary enabler, the Jamaat-e-Islami.

Jamaat-e-Islami-backed Islamist militancy is not the only variety that has manifested in Bangladesh. It is long forgotten that the “amir” of Harkat-ul-Jihad Islami (Bangladesh) was one of the original five signatories to Osama Bin Laden’s 1998 fatwa against the west.  For numerous years, Bangladesh has been an important staging ground for Pakistani militants operating in India. For example, Lashkar-e-Taiba (LeT) has long used Bangladesh as a logistical hub for operations and even recruited JMB members to carry out terror attacks. In 2010, several JMB members were arrested for planning terrorist attacks upon western embassies in Dhaka. They were working with LeT. More worrisome yet, Lashkar-e-Taiba operating under its other names (Jamaat-ud-Dawa and Filah-e-Insaniat Foundation) have established “relief” camps for Rohingyas from which they are seeking recruits under the guise of relief and rehabilitation.

The Jamaat-e-Islami, curiously described by Ahmad and Kugelman, as a “coalition-builder” in Bangladesh’s fractious parliamentary democracy, has a long and tortured past in Bangladeshi politics. As is well documented, the Jamaat-e-Islami was a key partner of West Pakistan in perpetrating mass violence during the civil war of 1971.

As refugees streamed into India, India took advantage of the situation to intervene in that conflict first by arming and training the rebels (the Mukti Bahini) and eventually by formally entering the war as a combatant in December 1971. When that war ended, East Pakistan became Bangladesh. Because of its involvement in slaughtering Bengalis, Jamaat-e-Islami was banned in the new state of Bangladesh. Sheikh Mujibur Rehman, Bangladesh's first president and father of the current Bangladeshi Prime Minister Sheikh Hasina, oversaw the formation of a new country informed by its bitter experience with Pakistani ideology, and enshrined secular principles in its new constitution.

Bangladesh’s secular credential began to erode, however, with the assassination of Mujibur Rehman and the military coup that brought Major General Ziaur Rahman to power in 1975. Seeking to use Islamist credentials to bolster his military regime, General Zia altered Bangladesh's constitution to declare it as an Islamic state and lifted the ban on Jamaat-e-Islami, at which point the group began operating as a political party. Since then, the Bangladesh Nationalist Party, formed by General Rahman and now led by his widow, Khaleda Zia, has been a strong ally of Jamaat-e-Islami.

Like its Pakistani counterpart, Bangladesh’s Jamaat-e-Islami never fared well in the polls. However, it was able to extract concessions from the Bangladesh Nationalist Party (BNP) through its role as a kingmaker. The BNP government granted Jamaat-e-Islami several important cabinet posts, which comported with the party’s priorities such as the social welfare portfolio. Jamaat-e-Islami was also granted the ministerial portfolio (the Ministry of Industry) that oversaw ports, which became critical in 2004 when a massive arms shipment was interdicted in Chittagong. Those weapons, purchased by Pakistanis, were destined for the ULFA, a separatist group in India’s Northeast. The JI Minister responsible, Mr. Motiur Rahman Nizami, has been sentenced to death for his involvement in the arms shipment.

Most worrisome in the Ahmad and Kugelman assessment is of the JI’s goals themselves. The authors niggardly concede that the party “[vests] complete faith in Allah’s law,” yet they fundamentally misunderstand its political aims.  JI Bangladesh, again like its Pakistani counterpart, seeks to use the electoral process to replace secular democracy with an Islamic state of their own imagining. Unlike other parties that seek to enforce sharia from the top down, Jamaat-e-Islami seeks to cultivate support for it from the bottom up. (Vali Nasr has described the party as cadre-based and Leninist in structure.) According the organization’s own website, “Bangladesh Jamaati Islami being an Islamic party, known to be its Islamic for its commitment to the people at home and abroad, for decades,  is committed for the establishment of Islam and Islamic system of education if it comes to power with popular support of the people.”

The populist rhetoric is little more than a means to an end.

Jamaat-e-Islami still subscribes to the political Islam described by the party's founder, Sayyid Abul A'la Mawdudi, in his book The Islamic Way of Life which details his vision of "Islamic democracy" as "a human caliphate under the sovereignty of God and will  do  God’s  will  by  working within the limits prescribed by Him and in accordance with His instructions and injunctions," in which the people "have to follow and obey the laws (Shari’ah) given by God through His Prophet."