Think Again: Myths and Myopia about the South China Sea 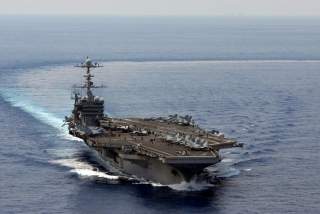 As the world sets the spotlight on the South China Sea, myths about this issue also proliferate. Some myths exist because we lack knowledge. But many other myths persist because we use the wrong lens to look at things. The South China Sea conundrum is a challenging story to decipher because most of the common lenses we use do not get us to see the essence of this story.

For example, thinking in black-and-white terms is a useful way to simplify and highlight things, but this lens becomes useless for seeing what happens in the South China Sea, because things there mostly happen in gray zones. Another good way to understand human activities is to think of them as the search for resources. Much of what nations do is a struggle over resources, but if we focus on natural resources, we will lose sight of a key resource in the South China Sea: location.

We often use chess as a metaphor for the game nations play, and the chessboard is our common image of the arena where nations interact. But this metaphor won’t help us understand the game China is playing. As David Lai and Henry Kissinger have observed, Chinese strategy resembles not chess but a different Chinese board game named weiqi (which literally translates as the “game of encirclement” and is known in English under its Japanese name “go”). The underlying idea of weiqi is the same as that of Sun Tzu’s Art of War. Rather than concentrating on frontal battles with the enemy, the idea is to manipulate the propensity of things so that the situation will work for you. As I have shown in the National Interest, what China has done in the South China Sea is a classic example of how to play weiqi masterfully.

In a recent article, Lyle Goldstein has taken up the laudable job of debunking some of the common myths about the South China Sea. He also invited fellow realists to join the discussion. As a South China Sea watcher and a realist myself, I am delighted to accept his invitation. I will present a different realist view, but my purpose is not to make a difference. What I want is to understand what really is going on and its implications for strategy.

Goldstein dismisses the idea that “The Obama Administration made a grave mistake during the Scarborough Shoal incident of spring 2012, setting in motion further Chinese ‘aggression.’” His criticism, however, veers far away from the real target and, in the process, propagates two other myths. The first myth is a black-and-white situation where war was the only alternative to what the Obama Administration did. It is probably true, as widely reported, that the Philippine government sought Washington’s military backup under the U.S.-Philippine mutual defense treaty. But this does not mean that the United States had only two choices: going to war to defend its ally or remaining neutral in the conflict. As Bonnie Glaser comments in her tweet, “[the] US had options other than going to war over Scarborough Shoal. [The] US inaction had consequences.” The cited target of Goldstein’s criticism, Ely Ratner’s article titled “Learning the Lessons of Scarborough Reef,” also makes it clear that “the threat of large-scale conflict is remote. Instead, regional instability is more likely to derive from disputes and contestation occurring in a gray zone between war and peace.”

The biggest mistake that the Obama Administration made in handling the Scarborough standoff is its acceptance of the role of an honest broker. This is a lofty role, but Washington is structurally ill positioned to play it. The steep asymmetry of capability between China and the Philippines means that by acting as an honest broker, Washington will play into China’s hands and further isolate the Philippines. Indeed, Beijing at times refused to talk to Manila and used the United States to pressure the Philippines to back down. The asymmetry of trust (Manila trusted the mediator much more than Beijing did) also had consequences. Manila apparently interpreted a deal brokered by Washington (and a junior Philippine senator named Antonio Trillanes) as a reciprocal vacation of the area, but in reality Beijing removed only some of its ships while maintaining control of access to the area.

The second myth embraced by Goldstein is that the value of Scarborough Shoal lies in the marine resources of its surrounding area. If only because of the oil and fish there, a big country like China would not put its foreign relations and international reputation at risk. Instead of natural resources, what is worth Beijing’s effort to seize the reef is its location. Lying close to the main shipping routes linking the Malacca Strait in the south and the Taiwan and Luzon Straits in the north, Scarborough Shoal is an ideal place from which to watch and patrol the central eastern sector of the South China Sea. Although the reef is mostly submerged with only a few small rocks above water at high tide, it has the potential to bear an artificial island twice the size of Mischief Reef. China may not have built any structure on Scarborough to date, but this is not a reason for thinking that a man-made island there is a fanciful idea. After all, who had thought in 1995, when China started to occupy Mischief Reef, that 20 years later this submerged atoll would become the largest island in the Spratlys with a ground area of nearly 1,400 acres?

Another “myth” lambasted by Goldstein is that “China’s building projects in the Spratly’s [sic] amount to new ‘bases’ and are extensive enough to alter the regional balance of power.” He argues that the artificial islands there are too vulnerable to attacks in wartime and thus can only be “outposts of a merely symbolic nature.” I agree with the former part of this argument but disagree with the latter.

China’s outposts in the middle of the ocean may not be as vulnerable as some thought. If war breaks out, China can declare that it makes no difference between an attack on these islands and an attack on its mainland. This will cause everyone to think twice before launching an assault on the islands. Nevertheless, as I have noted in the National Interest and elsewhere, China does not prepare for an all-out war when building islands and facilities in the Spratlys. Its overall strategy in the South China Sea follows Sun Tzu’s dictum of “winning without fighting.” The artificial islands can serve as strong points of control, robust hubs of logistics, and effective bases of power projection in peacetime and in gray zones between war and peace.

Due to their strategic locations and logistic capacity, the islands in China’s hands will be large platforms from which a myriad of fishing boats, law enforcement vessels, warships and aircraft can dominate the waters and the skies of the South China Sea. For now, Beijing’s goal appears to be naval and air supremacy in times when the United States is not militarily involved. Vietnam’s ability to strike Chinese outposts is heavily limited by the possibility of China’s retaliation along their 1,450-kilometer land border. Four airfields at the Paracel and Spratly Islands will be able to add thirty to forty more to the number of fourth-generation aircraft that China can operate at the same time in the South China Sea. This will enable China to gain air superiority over Vietnam and Malaysia, the largest air forces among its Southeast Asian rivals. Vietnam enjoys a long coastline on the South China Sea but has only thirty-five fourth-generation aircraft for the entire country. Malaysia lies far to the south and has no more than forty-four fourth-generation aircraft for the entire country. Although China’s military assets on the South China Sea islands will be highly vulnerable in wartime, they can be very useful for peacetime patrolling and psychological intimidation.

I agree with Goldstein (and many others) that Washington’s support for the Southeast Asian claimants of territory in the South China Sea will create incentives for them to be more assertive and aggressive. But I disagree with the conclusion that the United States would better keep its hands out of the South China Sea.

First, the incentive coming from Washington’s support is only one of many incentives and disincentives that are faced by the Southeast Asian states in their struggle with China. A huge disincentive is the insurmountable asymmetry of capabilities that puts China in an extremely advantageous position vis-à-vis the Southeast Asian states. Without Washington’s support, the Philippines—militarily poorly equipped and politically loosely coherent—will easily succumb to Chinese domination, as it eventually did in the Scarborough crisis.