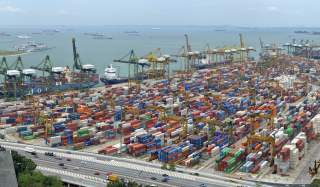 MICHAEL R. Auslin opens his book with a preface entitled “The Asia that Nobody Sees.” He might better have entitled it “Hiding in Plain Sight.” For far too long, but especially during the Obama years, policymakers chose to focus on Asia’s remarkable economic growth, coupled with an era of relative peace. Too often they overlooked economic, demographic, social, political and military tensions that did not lurk all that far below Asia’s shiny surface.

Barack Obama, who spent part of his formative years in Indonesia, was a leading cheerleader for the concept of the Asian century. He seemed to care little about Europe and preferred to avoid the troubles of the Middle East as much as possible. He embraced the notion of a rising Asia that soon would constitute America’s most vital interests. It was in that spirit, too, that Hillary Clinton announced the “pivot to Asia,” which was meant to refocus American military power and political and economic priorities away from Europe and the Middle East and instead underscore Asia’s importance to the United States.

Of course, much of the Middle East is in Asia; so too are five former Soviet republics; so too is Afghanistan. But when Obama and Hillary Clinton referred to Asia, they generally meant East Asia, though at times they expanded their definition to include South Asia, employing the term “Indo-Pacific.” But their focus was primarily on East and Southeast Asia, and particularly on China, Japan, Korea and five of the eight ASEAN states—Indonesia, Malaysia, Singapore, Vietnam and Thailand. It is these countries, plus India, that constitute Asia’s economic powerhouses (Brunei is an oil-rich country having more in common economically with the states of the Arabian Gulf than with its ASEAN partners). Laos, Cambodia and Myanmar lag far behind in political and economic development. Auslin likewise pays them far less attention than he does to their more advanced ASEAN partners, though the Obama administration, consistent with its policy of outreach to enemies and other subjects of long-time American sanctions, moved quickly to improve relations with Myanmar when the “Burmese Spring” blossomed in 2010.

Auslin asks what he terms “inconvenient questions,” such as: “How resilient are Asian countries to economic shocks? How adaptable are leading economic sectors and government policies?” Of course, the answers depend on the country in question. But Auslin rightly recognizes that these issues are not unique to any one state in the region and are common to virtually all of them. As he points out,

Asian countries, developed and developing alike, face significant challenges. . . . Demand from Western countries will possibly level off as those societies age and as incomes remain stagnant. . . . Corruption, malinvestment, and waste eat away at economic efficiency.

AS AUSLIN demonstrates, China is the prime exemplar of these developments. Chinese economic statistics, never fully reliable, continue to be adjusted downward. Wages have risen sharply over the past decade; indeed, for several years, the minimum wage was growing at double digits—as high as 18 percent. The Chinese banking system remains opaque, and bank balance sheets are unreliable, as they continue to overstate the value of their assets, notably state-owned enterprises (SOEs). Moreover, obtaining financing in China often requires connections in Beijing, further undermining the efficiency of the banking system. Finally, local and provincial regulations often impede business growth, while corruption, particularly at those levels, remains rampant, despite President Xi Jinping’s ongoing efforts to clean house. Lastly, Auslin rightly identifies yet another scourge that China—and other Asian economies—suffer from: Mafia-like intimidation, or worse, of foreign investors. Not surprisingly, companies that are contemplating investment in East Asia are looking more and more at Vietnam, Malaysia or Indonesia, or even the Philippines, rather than risk shrinking margins in China.

The SOEs are an albatross around China’s economic neck, yet even the increasingly powerful Xi, recently crowned China’s “core leader,” has been unable to shut most of them down. The management, ownership and finances of many private businesses also are opaque. Often, businesses that are nominally private are actually owned by the government through a complex chain of holding companies. This is particularly the case with respect to firms in the high-tech and aerospace sectors.

The era of untrammeled Chinese economic growth appears to be over—and that development naturally does not account for whatever actions a new Trump administration will take to even the playing field of Chinese-American trade. Should the administration initiate steps that would lead to a trade war with Beijing, it would seriously affect the American economy, but devastate China’s. U.S. economic fundamentals are strong, and may even be getting stronger, while China, as Auslin notes, has not yet achieved sustainable development. China’s economic vicissitudes are far from over.

It is not clear to what extent the Trump administration will also identify a playing field with Japan that it will seek to “level” with respect to trade. Prime Minister Shinzo Abe made a point out of being the first foreign leader to visit the president-elect, and emerged from their meeting satisfied that Donald Trump had acquired a much better understanding of Japan’s importance as an American ally. Abe has pushed the Japanese political, military and economic envelope well beyond previous limits. But his efforts to stimulate an economy that has sagged for more than two decades have yielded significantly fewer results than he and his voters anticipated. Japan, once the world’s leader in a myriad of industries ranging from shipbuilding to electronics to semiconductors, leads only in automobiles today—and even then, the emergence of driverless automobiles may rob Japan of its leadership in that field as well.

While Abe has opened its economy to some extent, it remains committed to export-driven growth. It continues to protect its telecommunications and pharmaceutical industries, and has few foreign workers, fewer foreign business executives and, more generally, a cultural fear of foreign competition that Abe has only marginally succeeded in allaying. The 2008 financial crisis hit Japan particularly hard, and the 2011 Fukushima disaster, even harder. The country is still struggling to recover from both.

Japan had been a reluctant signatory of the Trans-Pacific Partnership (TPP). That Trump was determined to do away with that deal, or at least renegotiate it on terms he assures Americans will be “better,” is no favor to Japan. That the final four presidential candidates—Socialist-cum-Democrat Bernie Sanders and Republican Ted Cruz, who did not win their party’s respective nominations, and Hillary Clinton and Trump, who did—all opposed signing the TPP, sent a strong signal to America’s Asian trading partners that they faced even rougher economic times ahead. For Japan, the largest American trading partner within the proposed, now seemingly defunct, TPP, this was not good news at all.

Auslin is reluctant to write Japan off, as some analysts have already done: “Japan is all too easily caricatured as a has-been nation.” But he recognizes that even Abe’s reforms have hardly dented the country’s economic culture and long-standing protectionist practices. While he voices the pious hope that Japanese companies will begin to accept the levels of risk and entrepreneurship that are the essence of the disruptive technologies that drive dynamic economies, he sensibly is not sure when, and if, that ever will happen.

Auslin correctly identifies the stultifying impact of the chaebol network of business conglomerates on the Korean economy. While Seoul’s manufacturing sector has propelled it to world leadership in shipbuilding (where it has overtaken Japan), flat-screen televisions, and other products, size and government protection afforded to the chaebol block smaller firms from entering Korea’s market in any meaningful way. Moreover, the chaebol have frequently been accused of bribery and buying political influence. As he puts it, “Another risk factor in South Korea’s system . . . is that the larger and more important giants like Samsung become to the economy, the more important it is that they not make bad bets.”

Auslin could not have anticipated just how right he was, because Samsung made a terrible bet. Even as his volume was hitting the shelves of bookstores, South Korea was becoming engulfed in the biggest scandal of its history, with Samsung at its center. The impeachment of President Park Geun-hye, and the warrant for the arrest of Samsung Vice Chairman Lee Jae-yong on charges of bribing her (Lee, who was subsequently released for lack of evidence, is the son of chairman Lee Kun-hee, himself twice convicted of bribery) highlight the poisonous impact of the chaebol and the unbalanced and flawed nature of the South Korean economy. As if that were not enough, Samsung’s Galaxy S7 smartphone has proved a literal fire hazard; airlines forbid passengers from taking it onboard. Samsung is already releasing a Galaxy S8; whether Samsung, and the chaebol system, will emerge unscathed from the bribery scandal, as has been the case in the past, is entirely another matter.