Think Tanks Aren't Going Extinct. But They Have to Evolve. 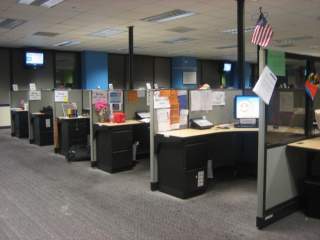 Research teams do need measures to drive performance—but how much money they raise should not be one of them. As Andrew Selee at the Woodrow Wilson Center concludes in his book, What Should Think Tanks Do? (2013), “cutting-edge thinking in business and non-profit management [is guided by]… concrete strategies for setting policy-oriented goals and shaping public opinion.” Performance metrics and goals to guide high-performing teams and evaluate their progress should be based on achieving policy objectives—not just the volume of publications, and certainly not their rainmaking abilities.

What isn’t required for effective, competitive, credible research is to be “non-ideological.” Though often used as a pejorative, an “ideology” is simply an orienting perspective that can (though it doesn’t have to) shape an organization’s approach to policy. Conservative, progressive or whatever: no perspective has inherent virtue over the others in the pursuit of truth. What matters is the rigor and credibility of the research, not the ideology (or, for that matter, even the politics) of the researcher.

What makes the marketplace of ideas work best is the competition of ideas. The worst idea is to shut out or ignore a policy proposal because it happens to come from left, right or center—or from the “wrong” side of the aisle.

In fact, in the future, highly competitive and effective think tanks are more likely to be paired with sister organizations—a 501(c)(4) activity—that perform lobbying and grassroots organizing activities. Think tanks operating as 501(c)(3) non-profit organizations cannot do those things. Yet they can be effective tools for turning well-researched ideas into implemented policy.

Despite the doomsayers, think tanks remain an enduring feature of the public policy environment. As Thomas Medvetz concluded in Think Tanks in America (2012), they “exert a tremendous amount of influence on the way citizens and lawmakers perceive the world.” And think tanks will likely exert even more influence in the future, as leaders of “the Ideas Industry” refine their personnel and financial practices and create complementary, aligned organizations to facilitate transforming their policy ideas into action.