Think There's a Deep State? Take a Look at Turkey. 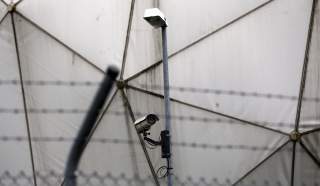 IT IS perhaps no great surprise that Donald Trump’s supporters often mention a “deep state” that is determined to undermine the president. After all, Trump has frequently expressed his admiration for a variety of authoritarian leaders, including Turkey’s Recep Tayyip Erdoğan, who is the foremost exponent of the concept of a deep state. It was the deep state, he asserted in 2013 when he was under investigation for corruption, in cahoots with the phony media that was behind it all. In the aftermath of the July 2016 abortive military coup he has brandished the term to justify his arrest of over 150,000 military officers, civil servants and journalists.

Trump’s relationship with the Turkish president has blown hot and cold, but his adoption of Erdoğan’s rhetoric has been a consistent theme of his seemingly never-ending tweets. Similarly, Trump regularly echoes the constant imprecations that his great friend Benjamin Netanyahu hurls at the media and its “fake news” in response to allegations of the growing list of corrupt practices surrounding him and his family—or has Netanyahu been echoing Trump? No matter; the two men, and Erdoğan, all see the same enemies, and for the same reasons.

Turkey does appear to have had, at least in the past, a true “deep state” consisting primarily of the military and its sympathizers in government, the police and perhaps even the judiciary. The Turkish “deep state” predates Erdoğan, though he has probably acted in response to the term more forcefully than any of his predecessors since the collapse of the Ottoman Empire. Bülent Ecevit, one of Turkey’s weakest prime ministers, began to employ the phrase in the 1970s, primarily in terms of military opposition to his left-wing rule. He was not entirely wrong. The military under Gen. Kenan Evren launched a coup in 1980 that installed Evren as the country’s strongman and then president—and jailed Ecevit, who had resigned as prime minister the year before.

There is, however, no American equivalent to the Turkish deep state, or even an Israeli one, if it exists in the latter at all. To the extent that the White House has encountered opposition and mass resignations from senior State Department diplomats, or pushback from Justice Department officials and individuals in the intelligence community, or resistance elsewhere in the government, it is due more to the president’s belittling of the agencies that they support rather than any deliberate effort on their part to undermine the smooth functioning of government.

The president and his immediate staff have brought the wrath of the career bureaucracies down on themselves. That is not to say that the majority of civil servants would otherwise identify themselves with the president’s agenda. They most certainly would not. But just as the overwhelming majority of government workers supported other presidents with whom, as individuals, they bitterly disagreed—Ronald Reagan comes to mind—so too would they have been ready to support President Trump if only he did not besmirch them at every opportunity.

That this is the case can be seen in the quiescence of the military, many of whom do not hold the president in the highest regard and who, moreover, would constitute the core of an American deep state, should one exist. The military’s behavior, in contrast to that of officials in other agencies, is easily explicable: the president has publicly and vociferously supported it, whether with respect to modernization, operations, or compensation. The military as an institution has no reason to undermine this president, and without the military’s active, indeed central, participation, there is no deep state, nor can there be one.

In developing the “deep state” into a constant refrain, the president is probably doing much to create the very situation he fears. Career officials, already unionized, could work together to undermine White House initiatives by delaying implementation of legislation that has passed the Congress or executive orders that the president has signed. This tactic is likely to become immeasurably easier for them with the recent election of Democrat Doug Jones to the Senate. Democrats need only two votes to block any Trump initiative, and any combination of Susan Collins of Maine and Lisa Murkowski of Alaska, as well as Arizona’s retiring senator Jeff Flake and Tennessee’s retiring senator Bob Corker, none of whom are Trump admirers, could do the trick. As a result, Trump, like Barack Obama before him, would have to rely increasingly on executive orders to mandate any governmental action, and then the bureaucracy would simply dig in its collective heels.

Those who are in a position to proffer the president advice to which he might actually listen, however small that group of individuals may be, would do their leader a great service by urging him to cease attacking the bureaucracy, which also happens to be an important source of leaks to the media that he—like Erdoğan and Netanyahu—bitterly despises (another source is his own warring staff, but they clearly are not part of the permanent deep state). With the prospect of confronting a Congress that will be increasingly less likely to accommodate him, the president would do well to recognize that he needs the bureaucracy more than ever, especially as those very bureaucrats he regularly mocks historically have tended virtually reflexively to distrust Capitol Hill every bit as much as he does. The men and women who constitute the permanent bureaucracy therefore could prove to be a valuable ally for the remainder of his term, if only he would recognize that his insults and references to the deep state will not exactly offer him the best way to win them over.

Image: A security camera is pictured within the monitoring base of the U.S. National Security Agency (NSA) in Bad Aibling, south of Munich, August 13, 2013. REUTERS/Michael Dalder