Thinking about American Power: A Primer for the Candidates 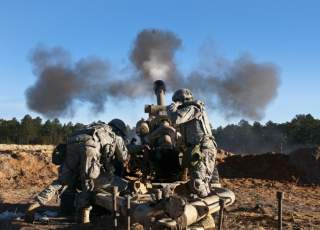 American political campaigns often seem a contest about machismo. The current presidential race is no different. Leading candidates of both parties compete to demonstrate their toughness, especially in foreign affairs. (Bernie Sanders and to a lesser extent Rand Paul are the principal exceptions.) President Obama is deemed to have been too soft in dealing with Iran, Syria, Russia, China, extremists and terrorists of various stripes, and even American friends and allies. The two female candidates, Hillary Clinton and Carly Fiorina, are no less assertive than their male rivals.

Sounding tough and celebrating American power may make for good politics, but today’s foreign policy realities call for a more nuanced approach to the many challenges the next president will face.

The end of the Cold War and the collapse of the Soviet Union in 1991, coming on the heels of the extraordinary display of American military might in the Persian Gulf War earlier that year, resulted in a rare historical moment when a single country, by nearly every conceivable measure of power, towered over the rest of the world. The United States was the world’s “sole superpower,” the “global hegemon,” or, as the French foreign minister unadmiringly put it, the “hyperpower.” Scholars, journalists, and policy analysts alike spoke of American primacy or hegemony, of unipolarity and the “unipolar moment,” of a Pax Americana.

But it did not work out that way. The United States remains the most powerful nation on earth. Yet from the immediate aftermath of the heady days of 1991 to the present, nations great and small have shown themselves unimpressed by or impervious to U.S. might. To the astonishment of many Americans, the United States, for all its power and its good intentions, has frequently failed in its efforts to lead the world, enforce its preferences or impose its will.

International relations scholars have long understood the fallacy of assuming that power routinely if not automatically provides the wherewithal to get others to do as one wishes. And yet there remains, among statesmen, politicians, policy analysts and the broader public—to say nothing of presidential candidates—an easy assumption of a correlation between a country’s overall power and its ability to persuade, entice, bribe or compel other countries to do its bidding, if not all the time, then at least when the stakes for the powerful country are sufficiently high.

The Obama administration regularly speaks of “shaping” the world order and “influencing” the trajectory of events overseas. It believes that power can be translated into influence. The administration’s 2015 National Security Strategy baldly asserted that U.S. military strength provides “essential leverage for our diplomacy.” One could not ask for a more direct claim that power can be harnessed for political ends. Every one of Obama’s White House predecessors, perhaps George W. Bush above all, was equally convinced of the efficacy of U.S. power.

But the expectation that America’s considerable power entitles it to commensurate influence and regular success on the world stage is routinely disappointed. Confronted with this apparent disconnect between vast power and unimpressive results, between might and leverage, Americans search for likely explanations. In many cases, they blame the White House (irrespective of who sits there) for incompetence or naiveté. The administration, the president’s critics will claim, wasn’t tough enough or hard-nosed enough in its dealings with other countries. It didn’t understand how to use power. It didn’t make the issue a priority, and therefore didn’t try hard enough.

Occasionally the explanations for this seeming failure to exercise the leverage U.S. power warrants become more poisonous. Accusations of incompetence shade into allegations of treason. This was the indictment Senator Joseph McCarthy and others of his ilk lodged against the administration of Harry Truman in the late 1940s, for setbacks such as the “loss” of China and the development by the Soviet Union, more quickly than most had expected, of a nuclear weapons capability. Only through the machinations of traitors and subversives, McCarthyites reasoned, could America’s astonishing power position have suffered such reverses.

But it stretches credulity to believe that incompetence and venality have pervaded the American policy process across so many administrations. Moreover, such explanations ignore the reality that Washington is not the only great power to find that enormous political, economic and military strength is not necessarily sufficient to compel compliance from smaller nations. The Soviet Union ran up against this reality in its dealings with its Eastern European clients during the Cold War. Indeed, Moscow’s lack of leverage over its “satellites” was so pronounced as to necessitate the extreme step of sending in the Red Army to crush rebellions in Hungary in 1956 and Czechoslovakia in 1968.

In more recent years, Russia, China, Germany and India (to mention just some) have been similarly frustrated in their relations with smaller neighbors. Indeed, throughout history, strong states have discovered that a huge advantage in traditional measures of power does not inevitably guarantee diplomatic success.

Part of the problem may be in how we think about power and what we expect it to produce. Great power is, after all, largely irrelevant for the accomplishment of some tasks, such as dissuading youth from embracing extremism, or encouraging fiscal probity in client states. In other instances, national priorities or strongly held beliefs in less powerful states can negate the power of stronger countries. Most people, for instance, are loath to accept an affront to their nation’s honor; when the perceived insult comes from a large power, their disinclination to shrug it off only becomes stronger.

In today’s world, America’s loss of primacy and relative decline vis-à-vis its rivals place a far greater premium on the skillful mobilization of its strengths, and on its ability to leverage those strengths for the achievement of national objectives. Moreover, at a time when new barriers have arisen to the use of military force—still an area of vast U.S. power—because of high costs and the development of international norms discouraging the use of force, adroit diplomacy assumes greater relevance than ever.

As U.S. decision makers (and presidential aspirants) think about how to harness American power for the accomplishment of national purposes, they would do well to consider the following precepts:

Leverage, and the ability to employ leverage skillfully, has become more important to the United States as its relative power superiority over other countries has eroded. But at the same time, history and experience both warn that we should be more modest than we sometimes are in thinking about what to expect from America’s great power.

Robert M. Hathaway is a Public Policy Fellow at the Woodrow Wilson Center in Washington and, most recently, co-editor of New Security Challenges in Asia. The views expressed here are solely his own, not those of any institution.