The Third War Over Ukraine 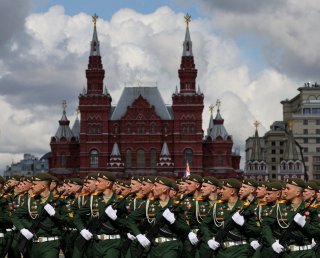 THE GREAT British historian John Wheeler-Bennett called it the forgotten peace. He was referring to the Brest-Litovsk treaty, which was signed by the Central Powers and Soviet Russia on March 3, 1918. Lenin had instructed the Bolshevik Central Committee “you must sign this shameful peace in order to save the world revolution.” In it, the Soviets handed over most of Ukraine and all three Baltic states to imperial Germany. The punitive treaty, Wheeler-Bennett wrote, “not only signified the apparently complete victory of German arms in the East, and the greatest diplomatic and military humiliation which Russia had ever sustained in a long history of defeat, but, with the exception of the Treaty of Versailles, it had consequences and repercussions more vitally important than any other peace settlement since the Congress of Vienna.” Wheeler-Bennett was writing in 1938, a year before a new world war erupted, revolving once more around a Teutonic Drang nach Osten, or push to the East. Now, as Russia pursues the will-o’-the-wisp of its old imperial aspirations in Ukraine, the melancholy legacy of the Brest-Litovsk treaty is manifesting itself again. Central Europe, long seen as a geopolitical backwater, is at the center of world events for the third time in the modern era. With his war of aggression in Ukraine, Russian president Vladimir Putin is ushering in nothing less than a new age of upheaval.

What to do? In May, former National Security Advisor and Secretary of State Henry Kissinger created a furor in an address to the World Economic Forum in Davos when he enunciated traditional realist precepts, declaring that a negotiated settlement was imperative lest the war spiral into a direct confrontation between Washington and Moscow. “Negotiations need to begin in the next two months before it creates upheavals and tensions that will not be easily overcome. Ideally, the dividing line should be a return to the status quo,” he said. He added, “Pursuing the war beyond that point would not be about the freedom of Ukraine, but a new war against Russia itself.” In both Berlin and Paris, where misgivings about the course of the war are percolating, Kissinger’s words of caution fell upon receptive ears.

But his remarks prompted his critics, including Ukrainian president Volodymyr Zelenskyy, to declare that he was counseling appeasement in the face of tyranny. Their argument is as simple as it is sweeping: this is no time to give up the fight. It is a rapacious Russia that has been on the march, attacking Georgia, annexing Crimea, and threatening the Baltic states. Now it has tried to conquer Kyiv itself. It must pay a serious price for its malevolence. If Putin himself can be driven from power, then perhaps the threat from Russia can be ended once and for all. At Davos, George Soros stated, “The invasion may have been the beginning of the third world war and our civilization may not drive it … The world has been increasingly engaged in a struggle between two systems of governance that are diametrically opposed to each other: open society and closed society.”

The Biden administration has landed somewhere between these two stools. After initial hesitation, Biden has delivered a serious amount of weaponry to Ukraine, including a $40 billion aid package. In addition, in visiting Poland in late March, Biden declared, Putin “cannot remain in power.” How that would be effected he did not say. For his part, Biden’s Defense Secretary Lloyd Austin has stated that the American aim should be to “permanently weaken” Russia. But Biden has declined to endorse a no-fly zone over Ukraine. He has also said, “We’re not going to send to Ukraine rocket systems that can strike into Russia.” As a political leader who grew up during the Cold War, his maxim, at least when it comes to Ukraine and Russia, appears to be a foreign policy version of the Hippocratic Oath—“first do no harm.” His stance is reminiscent of Gladstone’s remark in 1859, “The English piously believe themselves to be a peaceful people. Nobody else is of the same belief.”

In the GOP, many legislators have lined up to support Ukraine. Senate minority leader Mitch McConnell is championing Kyiv’s cause and explicitly attacking Donald Trump’s skepticism about NATO. But the battle between Republicans over foreign affairs may just be starting. Among some conservatives, a nascent opposition is forming to Biden’s stalwart approach to Ukraine. The Heritage Foundation, a once-proud bastion of a hawkish foreign policy, made waves by performing an unexpected somersault—leading the opposition to Biden’s humanitarian aid bill on Capitol Hill. Heritage, you could say, is discovering a new heritage. Meanwhile, Ohio Republican Senate candidate J.D. Vance is trumpeting his antipathy to supporting Ukraine against Russia. The belief is that America is wading into a peripheral battle, one that can only hamper its efforts to confront a more serious adversary in the form of Beijing. Then there are those on the Right who blame America itself for promoting, or at least protracting, the war over Ukraine; writing in the New York Times, for example, Christopher Caldwell, who has previously extolled Putin as “the pre-eminent statesman of our time,” gelidly warns, “we have given Ukrainians cause to believe they can prevail in a war of escalation. Thousands of Ukrainians have died who likely would not have if the United States had stood aside.” Standing aside, however, would expose Biden to a fusillade of criticism from Republican hawks, triggering a “Who lost the Ukraine debate?” that would devastate his already faltering presidency. For Biden, failure in Ukraine is not an option.

What constitutes success, though, is bound to be the subject of fierce contention in coming months. The prospect of becoming further enmeshed in European affairs has come as a deliverance to Atlanticists in Washington; as a calamity to self-described foreign policy restrainers. Everything from European and Asian security to climate change is affected by Ukraine. To address the Ukraine crisis and its wider implications for American foreign policy, I have solicited a variety of contributions from leading thinkers and writers. The symposium that follows represents an attempt to explore a pivotal moment in global affairs when the gathering storm has suddenly burst.