The Threat of a New Balkanization in America 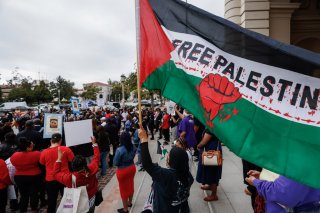 At around the same time I was discovering the joys of a new history podcast by two of England’s finest, immersing myself in historical banter, there were marches and violence going on in London. As I was listening about why 1940 was a pivotal and lonely year on which the fate of Western civilization hinged, there were a bunch of people in North London hunting Jewish people and demanding Jihad. The language being used was one of conquest. The nominal cause, a reprisal for a renewed series of violence in a faraway land. The accents and language familiar, one of civilization; the sentiments expressed, anything but. Not just Britain. Similar scenes were observable in Belgium and in the United States. In New York and California, there was increasingly brutal violence, a combination of progressive policing standards, and increasingly radicalized and toxic rhetoric from a certain section of the politicians on the Left.

Why would someone who was arguably born in London, or New York, be so invested in either Israel or Palestine, the conflict of a faraway region, that he or she will be willing to commit violence on his fellow countrymen? And alternatively, why should newly minted residents and citizens be so obsessed with their old tribal identities, even when they arguably voluntarily rejected to move to a new world? Consider the instances thoughtfully. These are not frivolous questions but are at the very depth of what is fundamentally at odds of an idea of civil existence, the framework of nationhood. The idea of nationality and nationalism might be controversial given the history of the twentieth century, but as long as nation-states are the fundamental actors of an international system that we navigate, the idea of nationhood will be the key. Unless one is a utopian who prefers some futuristic borderless internationalism and neo-feudal technocracy, one must also, therefore, pay attention to avoid disorder within the boundaries of a shared nation. It is inevitable that flare-ups will occur which will result in people disagreeing, and even violently at times, but even a second’s thought makes it clear just how absurd it is that the Israeli-Palestinian conflict will result in U.S. Congresswomen shouting online in social media. Is that, for example, what their constituents voted them into office for?

This Balkanisation is, however, a predictable and major threat to any social cohesion within Britain, or the United States. If one identifies as a hyphenated American (a practice which is relatively new, and ascendant with the spread of an evangelical form of liberal individualism), sooner or later, one would be in a tribal conflict with a different hyphen. The key is to remove those hyphens, not to encourage more in the name of liberal individualism. For a country that isn't ethnocentric in nature, but rather credal in its formation, maintaining a form of unionist creed is naturally important. That includes at least some form of homogenization and assimilation. Else, sooner or later, you'd end up with the fate of Yugoslavia.

The same problem and various solutions to those are observable with all such multiethnic and credal major powers, like India, Russia, Israel, Britain, and France. The Russification of the rump state of Russia which evolved after the USSR involved forced assimilation and even violence in various parts of the country. Russia remains a major multiethnic state, with a strong nationalistic authority. Even liberal hero Alexei Navalny’s nationalist views, of forcibly deporting Central Asians from Russia, would be considered out of bounds for some in the West. In Denmark and Switzerland, social democrats are enacting assimilation and immigration policies, which are borderline similar to China. Likewise, India, another major multiethnic country, has formularized ways to navigate and maintain a strong national identity, aided by Bollywood, cricket, and mandatory English as the official language, the only language, in fact, that is used in all the states and territories. One can even argue that without English, India risks falling apart. In one of history’s biggest ironies, the greatest gift of the colonial period is the glue that binds a country so vast and diverse. In Israel, the process of Hebraization results in the washing of older identity in the new melting pot. Surnames are changed and monolingualism, if not mandated, is heavily encouraged, a practice not dissimilar to the early days of the new American republic, and is now currently out of fashion.

As Teddy Roosevelt said, “We welcome the German or the Irishman who becomes an American. We have no use for the German or Irishman who remains such.” Roosevelt also pointed out monolingualism as a unifying credal formation process. “We believe that English, and no other language, is that in which all the school exercises should be conducted… He must revere only our flag; not only must it come first, but no other flag should even come second.” Accordingly, German, Dutch, and Scandinavian migrants to America, while bringing their unique culture, also took extra measures to assimilate and Anglicize. Of course, Roosevelt would have been mortified watching the current violence on the streets. Not just Roosevelt, Barack Obama also echoed the same sentiment. “When I see Mexican flags waved at pro-immigration demonstrations, I sometimes feel a flush of patriotic resentment.” Obama wrote, “When I'm forced to use a translator to communicate with the guy fixing my car, I feel a certain frustration." This was a natural and patriotic thing to feel even a few years back. Bobby Jindal infamously argued against hyphenated Americans, long before it was mainstream. Nikki Haley is still harassed online by left-wing activists.

So, what next? Britain and France have both lately realized that unifying programs of defending British and French values are needed. There is a significant section of people in France who were either born in France, or migrated to it, but who do not identify or feel French in any measurable way or shared values. Same, in Britain where Conservatives are leaning on cultural issues and renewing efforts to channel a new unifying British nationalism. And there are issues. Just as it is absurd to watch Turkish and Kurdish people rioting in a third country, it is equally absurd to see Jewish-Muslim violence, or American soldiers waving Mexican flags. The existence of a shared polity and nation requires some credal homogeneity, and if needed, a forcible discouragement of tribalism. Otherwise, that tribalism would tear the country apart. In a way, the clashes in the streets of London and New York display how much of that still needs to be done to ensure the survival of a multiethnic great power.