3 NATO Reforms Allies Should Expect From the Trump Administration 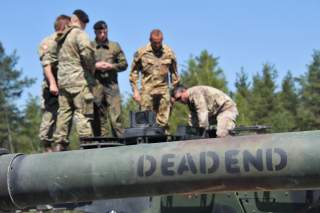 Leaders and policymakers from Europe and around the world will meet at the fifty-third Munich Security Conference on February 17–19. All eyes will be on Vice President Mike Pence, who will lead the U.S. delegation, which will include Defense Secretary James Mattis, for clues on the Trump administration’s approach to foreign and security issues confronting the world.

Given the positive evolution in the administration’s approach toward post–World War II alliances, as demonstrated during the visit of Japanese prime minister Shinzo Abe, Pence is likely to express strong support for NATO. This is a welcome development. However, the vice president should use the speech and his bilateral meetings with European leaders to express U.S. commitment to NATO and make the case for reforming the alliance.

During the campaign and the transition, Trump made clear his belief that traditional U.S. alliances should be subjected to rigorous tests, both in terms of their relevance to current challenges and also regarding their commitment to equitable burden sharing between the United States and its allies. In these respects, he expressed particular skepticism about NATO, arguing that the United States is carrying the burden of too much of the alliance’s defense effort.

Since his inauguration, President Trump’s view of NATO and other U.S. alliances, particularly with Japan and South Korea, has turned positive. He told British prime minister Theresa May that he is “100 percent behind NATO.” He told the Japanese prime minister exactly the same with regard to the U.S.-Japan alliance in the face of the North Korean missile test. He has agreed to attend the NATO summit in May.

The change should be reassuring to allies who have been nervous about his earlier statements on NATO and U.S.-Japan alliance. This evolution brings the Trump approach to alliances more into the mainstream of U.S. foreign policy.

However, NATO needs to be strengthened and reformed. Although the alliance has played a significant role in American-led security efforts, particularly in Afghanistan, the alliance is not adequately prepared to address important current global threats. At the same time, non-U.S. NATO members have gutted their defense budgets since the end of the Cold War, with only four of our twenty-seven allies spending the required 2 percent of GDP.

To address both shortcomings, the Trump administration should pursue a three-part agenda, which must inform the vice president’s message in Munich. These concepts should constitute the administration’s NATO agenda before, during and after the May summit.

First, the United States and its NATO partners should bolster both deterrence and engagement with Russia. Although the scale of Russia’s forces pales in comparison to those of the Soviet Union, Moscow has replicated the precision-guided systems that have given U.S. forces a decisive military advantage. To deter aggression against NATO members in eastern Europe and the Baltic states, the alliance must develop realistic contingency plans and defense programs to carry them out. It will take innovative approaches, new technologies and forward-deployed forces to create the needed deterrent.

The allies should also be willing to test President Trump’s belief that increased engagement with Russia might, in contrast to attempts by his predecessors, produce desirable results. Success on issues such as the fight against terrorism, implementation of the Minsk agreement on Ukraine and checking Iran’s push for regional hegemony—an unlikely prospect given Russia’s recent record—should lead to activating the NATO-Russia Council and a broader cooperation.

Second, because the United States must maintain the global balance of power, European members must carry a greater share of the burden in building up forces in Europe. Trump should consider revising the NATO approach of requiring a set portion of GDP to be allocated to defense. Instead, NATO should jointly plan the force structure, logistical capability and materiel requirements necessary to carry out its missions, and agree that each member procure and maintain a stated—and easily verifiable—share of the whole. Also, NATO should restart a series of major military exercises that demonstrate whether states have the actual operational capability set forth in the agreement.

This may require hardball diplomacy. Currently, the Article 5 commitment to NATO—stating an attack on one is an attack on all—is open-ended. If NATO members are unwilling to spend the resources on agreed capabilities, then Trump should consider indicating that pressure in the United States to renegotiate the commitment is likely to grow and make the country’s commitment contingent on adequate allied defense programs. Europeans must take greater responsibility for European security, with the United States providing key enabling military capabilities and serving as the ultimate guarantor of the military balance.

Third, NATO should develop a comprehensive response to the instability and threats emanating from the Middle East and North Africa. Germany has been reluctant to embrace increased NATO focus on challenges from the south out of fear that it could get entangled in U.S.-led policies in the area. NATO has developed only a minimal counterterrorism capability. Much can be done to improve information collection, information sharing and combat capabilities in dealing with the Islamic State and other extremist threats, in order to better disrupt their recruitment efforts and plots. Finally, Europe, perhaps supported by NATO, should develop an effective Mediterranean security strategy, including protecting NATO members’ borders against infiltration by terrorists and extremists.

Having replaced his election rhetoric by embracing NATO, President Trump must now lead an effort to refit the alliance for current challenges. And if allies and partners play their specified roles and bear the requisite burden, the alliance can be revitalized and become relevant, affordable and sustainable for the foreseeable future.

Zalmay Khalilzad is the former U.S. Ambassador to the United Nations.