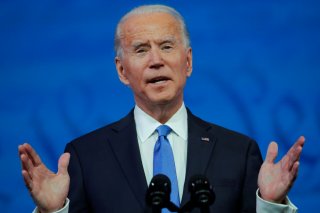 Over the past four years, too many positions at all levels of the bureaucracy have gone either unfulfilled or filled by officials with insufficient experience or credentials. The result has been that around the globe, in a myriad of crises, the American policy footprint has shrunk. Merely by quickly staffing the bureaucracy with high-grade talent, a new president can undo much of the damage of the past four years. Competence has often been lacking and those who are competent have been demoralized. Thus, do not underestimate the dynamic effect of simply providing competent leadership in the Foreign Service and among the Pentagon’s civil servants.

President Donald Trump’s handling of the COVID-19 pandemic is Exhibit A of how not to manage a crisis. A crisis is not about husbanding attention, but about husbanding power towards a dynamic result. President-elect Joe Biden must select a national security team that can handle crises in a harmonious fashion and without illusions. The greatest crisis management since the Nixon-Ford era was demonstrated by the national security team of President George H.W. Bush. Their reactions to the Tiananmen Square massacre, the fall of the Berlin Wall, and the Iraqi invasion of Kuwait were brilliant and counterintuitive at the time. That is the gold standard that Biden must aim for. And, make no mistake, there will be a plethora of crises around this semi-anarchic world of ours, buffeted by COVID-19 and its economic repercussions.

A sustainable vision means active engagement with the world while seeking to avoid any large-scale military deployments. Isolationism and off-shore balancing are not appropriate to a world that is more claustrophobic and interconnected than ever before in history. Every place matters now. An incident in Africa can affect U.S.-China relations. The aim must be to engage diplomatically everywhere while getting bogged down nowhere.

An age of great power competition should not mean an existential ideological clash, where the aim becomes to change the system of governance in China and Russia. We should be open to detente-like deals with these regimes: for sustainability in policy means limits in goals. The American people have not signed on to regime- change anywhere.

Nevertheless, America is the world’s leading democracy, and thus we must return to promoting liberal societies and human rights, but do so with limits in mind. Democracy is not merely elections but rests on the building of institutions. Thus, we must be patient. If we consistently set the right example, others may follow. Since arguably the example set by the American president is still the biggest independent variable in the international system.

Recovering from four years is doable, provided we return to a professional bureaucracy and restrain ourselves without drifting into neo-isolationism. A realist internationalism is the order of the day. Throughout, the elder Bush should serve as a role model.

Robert D. Kaplan holds the Robert Strausz-Hupé Chair in Geopolitics at the Foreign Policy Research Institute. He is the author of nineteen books on foreign affairs and history, most recently, The Good American: The Epic Life of Bob Gersony, the U.S. Government’s Greatest Humanitarian.