Throwing Money at the Pentagon Won't Make Us Safer 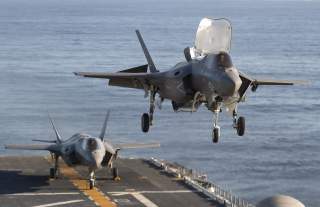 Throughout the campaign, President Donald Trump touted his business acumen to argue that the government, including the Pentagon, can be more efficiently managed. Since taking office, however, President Trump has abruptly reversed course. On January 27, the President signed an executive order that could lead to a boosted Pentagon budget, despite the fact that the Pentagon cannot fully account for all of its spending and, has never passed a legally mandated audit.

The power now rests with Congress. Even with the executive order, Mr. Trump’s proposal will never come to fruition without legislative funding. After decades of financial mismanagement, Congress has a responsibility to exercise its oversight authority by demanding full audit readiness and verifiable fiscal discipline before even considering a Pentagon funding boost.

As it stands, U.S. taxpayers are essentially sending money to the Pentagon without knowing exactly where it goes. Meanwhile, billions of dollars are lost each year on wasteful programs that do not make the American people safer. The current mantra in Washington seems to be, “More spending equals better security.” It should be, “Smarter spending equals better security.” Simply put, handing the Pentagon additional funds without accountability will only reduce the effectiveness of government spending without adequately improving U.S. national security.

Thus far, President Trump has focused on egregiously wasteful Pentagon programs such as the F-35 Joint Strike Fighter, which is an estimated $160 billion over-budget and years behind schedule. The focus is welcome. Before Mr. Trump’s disapproval of the Joint Strike Fighter, criticism of the F-35’s cost and timeline was largely constrained to Washington think tank events and fine-tune policy discussions. Now it is part of the national conversation on government spending and military requirements.

Nonetheless, while Mr. Trump takes credit for a deal with Lockheed Martin that will save taxpayers approximately $700 million on the latest F-35 block buy, the truth is that it will likely cost the Treasury more money than it saves in the long run. The reason: the plane is not yet fully developed and will almost certainly require expensive modifications and fixes, in addition to repeated testing afterward (even if the savings were real, $700 million represents just 0.07% of the expected $1 trillion lifetime cost of the program). A financially sound move would block all F-35 purchases until the development process is completed and the plane proves it can succeed in realistic combat environments; in other words, fly before you buy.

Other Pentagon practices and programs deserve similar scrutiny from the Commander in Chief. In December 2016, the Washington Post reported that the Pentagon purposefully hid a report produced by the Defense Business Board (an independent advisory group within the Pentagon), which called for $125 billion in Pentagon administrative savings over five years – without any personnel layoffs. Mr. Trump briefly highlighted this shocking revelation, tweeting about the article, “A very interesting read. Unfortunately, so much is true,” but has rarely mentioned the topic since.

Another prime example is the Littoral Combat Ship (LCS), an estimated $29 billion program that has been repeatedly plagued by major developmental shortcomings. As it stands, the LCS is well behind schedule, not operationally ready for combat and faces bipartisan skepticism in Congress. During his confirmation process, Defense Secretary Mattis stated, “If I cannot make the argument for you for why we need a military program, then I am willing to lose it.” The President would be prudent to mandate a full executive review of the LCS to determine its necessity.

Still, individual Pentagon programs and administrative waste represent just the tip of the fiscally irresponsible iceberg. Though the Pentagon maintains the largest discretionary budget of any federal executive department, it remains the only major federal agency that cannot pass an audit. This means that both government bureaucrats and American taxpayers are unable to verify the accuracy of the Pentagon’s financial records. The problem is so severe that the Pentagon’s Office of Inspector General faulted the Army for falsely balancing its books through wrongful adjustments to the tune of $6.5 trillion in 2015 alone. Despite new legislative deadlines to pass an audit, the chances of the Pentagon doing so without being pushed by the president are slim to none.

The Pentagon’s financial practices breed inefficiency, lack accountability, and would never be accepted in a corporate boardroom. President Trump’s focus on wasteful Pentagon programs is a positive step, but his calls for more funding without preconditions will only increase the federal debt without improving national security whatsoever. Until the Pentagon can prove itself accountable to American taxpayers, any proposed funding boost should be dead on arrival in Congress.

Former Congressman John Tierney represented Massachusetts’ sixth congressional district in the U.S. House of Representatives for 18 years. He currently serves as Executive Director of the Center for Arms Control and Non-Proliferation in Washington, DC.

Image: F-35Bs on board the USS America. Flickr/Lockheed Martin