Tiananmen: Could It Happen Again? 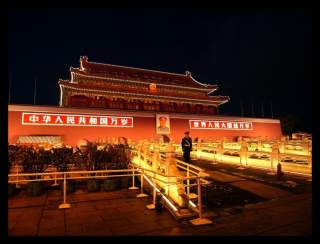 Twenty-five years ago, Deng Xiaoping was having a hard time finding a general to carry out orders. Then, China’s paramount leader, facing more than a million protesters occupying the center of his capital, was determined to teach the Chinese people a murderous lesson. Yet senior officers of the People’s Liberation Army were reluctant to march through Beijing to clear out Tiananmen Square. The willful Deng, as we now know, eventually got his way, and the army put down what Communist Party leaders termed—but what few others actually believed to be—a “counter-revolutionary uprising.”

The use of force during the Beijing Spring of 1989 irrevocably changed the Party’s relationship with the Chinese people. China’s ruling organization lost devotion and respect, but, as Deng understood, it did not matter. Fear replaced legitimacy, and he regained what he had temporarily lost, control of his country.

Today, like a quarter century ago, discontent is growing in Chinese society. Xi Jinping, the current supremo, is trying to rebuild legitimacy, but at the same time he is implementing a prolonged attack on civil society, a clear indication he understands that the primary basis of his rule is, as Deng understood it to be, intimidation. Therefore, the critical issue for him is whether the military in today’s China would follow orders he might give to impose another brutal solution.

That popular movement, in Deng’s view, challenged the Party’s authority to rule, and he was determined to reassert control. When conciliation with student leaders did not work and threats failed, Deng decided to show the “violent power” of the state. “Don’t be afraid to spill blood,” he said to officials and soldiers.

Not everyone was so enthusiastic about killing. Party General Secretary Zhao Ziyang, for instance, refused to order a massacre. On May 17 of that year, after being summoned by Deng to a meeting in his home, the reformer realized his political life was over. “It seems my mission in history has already ended,” Zhao said to a Party elder just after the powwow. “I told myself that no matter what, I would not be the general secretary who mobilized the military to crack down on students.”

Zhao’s defiance, which resulted in the confinement to his home until his death, ultimately did not matter; Deng eventually found more compliant subordinates. Yet that was just the beginning of the diminutive leader’s problems. Deng, after all, would have to get a senior officer to lead the charge.

That responsibility was to fall to General Xu Qinxian, the commander of the 38th Army, the largest, best trained, and most mechanized unit in China. On May 17, while Zhao was realizing his fate at Deng’s home, Xu was recovering in a Beijing military hospital from an operation to remove kidney stones. On that day, he received a visit from a fellow general officer, Li Laizhu, the deputy chief of the Beijing Military Region. Li ordered Xu to move his troops into the capital in accordance with a mobilization. Xu, who had been following the country-wide protests from his bed, refused, demanding to see a written order. “Today there is no written order, that will come later.” Li reportedly said. “In times of war, it is like that.”

“Now is not a time of war,” Xu replied. He then told a friend he was ready to be executed for his defiance. “I would rather be beheaded than be judged guilty in the court of history,” he said. Xu managed to escape death. He was, however, taken from his hospital bed, court-martialed, stripped of Communist Party membership, and given a five-year prison term, which he served. He was then exiled to military barracks in Shijiazhuang, in the neighboring Hebei province.

Deng and Yang Shangkun, another Party elder, were stunned by Xu’s decision not to fight, but his was not the only instance of disobedience at that time. Later, soldiers refused to advance or shoot. Some quickly hoisted white flags, and others abandoned armored vehicles and trucks. Many deserted, and a few soldiers even joined the protesters. Whole units, disregarding orders, retreated in the face of opposition of citizens blocking streets. According to an internal Communist Party count after the slaughter, “1,400 soldiers ‘shed their weapons and ran away.’”

Most soldiers, however, stood fast, shooting at citizens and sometimes fighting troops who had switched sides. Xu’s 38th Army, under new leadership, participated in the sweep of Beijing, perhaps shedding the first blood of June 3. The main burden fell on other units considered to be more reliable, especially those from out of town. They moved from the suburbs of the capital and fought their way to Tiananmen, block-by-block, killing hundreds and perhaps thousands of Beijing residents defending neighborhoods.

Yet the killing of citizens was not the end of the turmoil. After the army took back the city and the Square, there were firefights between troops loyal to different commanders. Some saw the possibility of civil war. “China may have come closer to a Romanian-style military revolt than is generally recognized,” wrote human-rights researcher Robin Munro, who witnessed some of the horrendous events in Beijing.

Horrible regimes—weak ones even—can stay in power as long as their soldiers carry out orders. The first two leaders of the People’s Republic, Mao Zedong and Deng Xiaoping, were army officers. They were, in the eyes of the generals and admirals of the time, legitimate because they were not only members of the revolutionary generation, but also one of them. At least most of the time, there was little question that Mao and Deng were in control of the People’s Liberation Army.

The unity between civilian and military leaders changed when Deng passed from the scene. Neither of his two immediate successors, Jiang Zemin and Hu Jintao, served a day in uniform. Moreover, Jiang and Hu had little contact with the officer corps prior to assuming power. This unfamiliarity led to what China military analysts Michael Kiselycznyk and Phillip Saunders termed the “bifurcation of civil and military elites.” Arthur Waldron of the University of Pennsylvania points out that Chinese history is marked by periods where civilian and military leaders drift apart, and China entered one of those eras. In fact, Jiang’s elevation to general secretary of the Communist Party in June 1989 triggered a rapid decline of PLA influence in top Party organs. Since 1997, no military officer has served on the Politburo Standing Committee, the apex of political power in China.

The PLA, however, began to reverse that decline in the early years of Hu Jintao’s rule. There are various factors that accounted for the upsurge, but none more important than generals and admirals becoming power brokers in senior circles. From about the middle of 2003, Hu courted flag officers for their support in his struggle to sideline his predecessor, Jiang Zemin, who was trying to linger in the limelight.

Hu’s tactics of using the PLA largely paid off, but as a consequence, the military once again emerged as a power center inside the Party. Generals and admirals won ever-larger increases in defense expenditures and more influence on policy making. As a result, senior officers became more outspoken in public, an indication of increasing influence.

Senior officers, exercising newfound clout during the Hu years, appeared to begin acting independently of civilian officials, openly criticizing them and making pronouncements on areas once considered the exclusive province of diplomats. Moreover, there were too many public reminders to the People’s Army that “the Party controls the gun” to think this had not become an issue. In January 2011, then Defense Secretary Robert Gates spoke of the “disconnect” between China’s civilian and military leaders. We began to see, as he suggested, a divided regime with senior officers often carrying out their own policies with little evident Party oversight.

Since then, it appears the PLA has continued to accumulate influence, especially as it was once again drawn into civilian power struggles, this time as the Party transitioned from Hu to the current supremo, Xi Jinping. Especially revealing is the involvement of the top brass in deciding the fate of Chongqing Party Secretary Bo Xilai, once the most charismatic and openly ambitious official in China. Bo, in February 2012, visited the Kunming headquarters of the 14th Group Army, which his father had founded, in what almost certainly was an attempt to get its officers to support his bid for elevation from the Politburo to the Politburo’s Standing Committee.

The top brass played a crucial role in sidelining Bo and thereby determining which civilians would lead the country. In April of that year, former leader Jiang Zemin sat down with military officers before meeting with Hu Jintao, the ruler at the time, and other members of the Standing Committee to discuss the Bo matter. And when Jiang later met with Hu and the Standing Committee, Jiang did so at the headquarters of the Central Military Commission in Beijing. The meeting’s location was itself a powerfully symbolic message.