Is Tillerson Signaling a Change in U.S. Iran Policy? 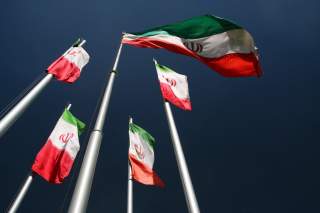 Following President Trump’s inauguration, there was uncertainty regarding the administration’s position on Iran, especially as far as the P5+1 Iran nuclear deal (JCPOA) was concerned. But Trump’s strong campaign-trail statements about ripping up the “worst deal ever negotiated” have receded to the background. What currently remains at the forefront is no doubt acute dissatisfaction with the nuclear deal, but rather than ripping it up, the administration has stated that it wants to review the deal in the context of overall U.S. policy toward Iran. What has also moved to the forefront over the past three months is greater attention to Iran’s provocative regional behavior. In late January, the administration stated clearly—following an Iranian ballistic missile test that can reach Western Europe with a nuclear warhead—that it “was putting Iran on notice” and would no longer be willing to turn a blind eye to Iran’s provocations, behavior that the Obama administration had often been willing to gloss over in the post-deal period (mid-2015 to late 2016) in order not to upset Iran, which would risk upsetting the deal. But how are the nuclear and other aspects of Iran’s behavior woven together in the new approach?

Tillerson began his statement by noting that the Trump administration is conducting across the entire government a review of its Iran policy. He went on to stress that what he would like to address “today” is “Iran’s alarming and ongoing provocations that export terror and violence, destabilizing more than one country at a time.” As a leading state sponsor of terrorism, Tillerson noted that Iran is intensifying regional conflicts and undermining U.S. interests in Syria, Yemen, Iraq and Lebanon. Additionally, the country continues to support attacks against Israel. He then immediately made the connection to North Korea, saying that if it continued “unchecked,” Iran had the potential to travel the same path as North Korea, and take the world with it. Therefore there was a need to address all aspects of Iran’s behavior.

On the JCPOA specifically, Tillerson highlighted the major problems: first, the deal fails to achieve its objective of a nonnuclear Iran; second, it only delays the problem, which will have to be picked up by a future administration, and the Trump administration does not intend to “pass the buck”; and third, Iran remains aggressive all across the Middle East, posing threats that are ignored by the JCPOA. For all of these reasons, the administration intends to conduct a ninety-day comprehensive review of its Iran policy, and the JCPOA is only one component in the overall picture. It will, on this basis, meet the challenges that Iran poses “with clarity and conviction.”

What emerges from this statement is that not only has the JCPOA not solved the nuclear dimension of Iran’s behavior (by not achieving the objective of a nonnuclear Iran), but that Iran is posing an increasingly stepped-up threat in the region. By stressing the need for a comprehensive approach to policy on Iran, that looks at all components, Tillerson is saying that the different threats that Iran poses—in the nuclear and regional arenas—cannot be separated. Another notable feature of Tillerson’s statement is the impact that developments in the North Korean arena have clearly had on the administration's thinking on Iran—specifically, regarding the dangerous implications of merely delaying a state’s nuclear capability. Several times Tillerson noted that the administration did not want its policy on Iran to follow the same failed approach that resulted in the current situation in North Korea—which is viewed to be the result of buying off North Korea’s nuclear advances for a short amount of time, only for the problem to reemerge and become a problem for a later administration.

To explain the seeming contradiction highlighted by the critics of the current administration, one must go back to the deal itself, and the manner by which it is assessed. The Trump administration—unlike the Obama administration—assesses that the JCPOA is not a good deal, and that it is indeed critically flawed. The deal provides Iran with significant sanctions relief, and enables Iran to keep its nuclear-breakout capability, while legitimizing its uranium-enrichment program. And it has an arbitrary expiration date. For these reasons, from Iran’s point of view the deal is not a bad one, and the fact that it is complying with the minimal concessions that it made is not a surprise. In turn, for the administration to say that Iran is complying with the deal is not equivalent to “admitting” that the deal is good or “is working.” Herein lies the mistake of the critics of Trump’s approach—they erroneously equate reports that Iran is complying with the JCPOA with an assessment that the deal is a good one. Indeed, most critics of the JCPOA expected Iran to more or less comply with the deal in the short term, because it had made sure that doing so would not undermine its basic interests in the nuclear realm.

There is thus no contradiction between the administration notifying Congress—as required by the terms of the deal—that Iran is complying with the deal (and we should not forget that there have actually been some violations) and highlighting the significance of all of Iran’s other destabilizing activities. In fact, these two things are complementary. When the deal expires—and the preset expiration date is not linked to any required changes either in Iran’s behavior or its perceived interests—Iran will have its breakout capability intact. And with advanced centrifuges installed and operating, Iran will be capable of moving forward to a weapons capability if it so chooses, in a very short timeframe. Of further help to Iran in this regard is its advanced ballistic missile program. Because the deal does not stop Iran in the nuclear realm, all of its other regional and global behavior is highly relevant to an overall assessment of the future nuclear threat—the stronger Iran gets, the better positioned it will be to cross the threshold unchallenged.

The Trump administration has changed course on Iran, and when taking a clear-eyed look at Tillerson’s statement, the different pieces do form a coherent approach. The Obama administration had insisted that it only meant to tackle the nuclear realm; the logic was that if Iran was aggressive in any case, it was preferable for it to be aggressive without nuclear weapons, rather than with them. And if the deal had indeed ensured Iran would remain nonnuclear, there would be logic to this claim. The problem is that the deal does not stop Iran, and the Trump administration recognizes the implications. Moreover, parallel developments regarding North Korea—a de facto nuclear state—are driving home the understanding that once a proliferator crosses the nuclear threshold, there is not much that can be done to reverse the situation. If Iran gets stronger in the coming years, and is able to build up its nuclear infrastructure significantly from year eleven of the deal, then it will be much better positioned to cross that threshold, and it will be virtually unstoppable.

Tillerson said the administration does not want to pass the buck to a future administration, which is the correct approach to a determined proliferator like Iran. This is likely easier said than done, but it does at least set a goal that is based on a realistic analysis of the situation—both the flaws in the deal and Iran’s overall destabilizing regional behavior. There is no easy path to reversing the negative trends that have been set in motion with the JCPOA, but correctly diagnosing the problem is a first step, and working to restore U.S. deterrence vis-à-vis Iran is also important for changing course. The conclusions of the ninety-day review on Iran policy will be the next stage for assessing the path forward.