Time for America to Get Tough with China 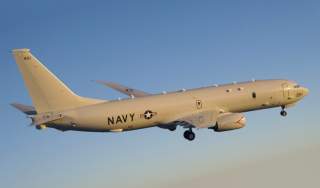 Did it take Beijing’s throwing sand in Washington’s eyes to open them to the growing threat China poses to the South China Sea and the region?

Despite American appeals for China to refrain from unilateral actions to enforce its dubious maritime claims and to avoid potential interference with freedom of navigation, China has been busily expanding the physical size of the rocks and islets in the Spratly Islands.

In China’s revanchist quest to upend the regional and global order, its “Great Wall of Sand” is creating not only new facts on the ground, but actual new ground, expanding Beijing’s territorial reach and its 12-mile sovereignty “rights” into international waters.

American policymakers are grappling with the appropriate time and place to assert freedom of navigation rights under customary law and the United Nations Law of the Sea Convention (which the United States observes but has not signed and China has signed but does not observe).

Washington seems temporarily paralyzed as it mulls the risks of “provoking” China by conducting normal freedom of navigation (FON) passages through that part of the global maritime domain—or implicitly acquiescing in Beijing’s land/sea grab by doing nothing beyond objecting verbally and diplomatically. The latter course would be devastating to U.S. credibility in the region, particularly in Beijing, so a FON passage will probably happen in the near future, though it will be done with minimum fanfare.

There was no such hesitation in November 2013 when China unilaterally declared an Air Defense Identification Zone (ADIZ) over the East China Sea. Washington immediately responded by sending a pair of (unarmed) B-52 bombers through the China-claimed airspace, though it also advised U.S. commercial airlines to comply with Beijing’s notice requirement. (Japan told its civilian airlines to ignore it.)

The U.S. delay in entering the prohibited waters without Chinese permission merely allows Beijing time to build American and regional apprehension regarding its possible response to such “provocation.” When Washington does bite the bullet and send the ships in, it should not be a one-shot, symbolic act but the first of many passages that routinize normal use of the maritime domain.

(Recommended: South China Sea Showdown: A Tragedy in the Making?)

The U.S. posture should be the same as that stated by the Pacific Commander in January 2008 when Beijing protested the Kitty Hawk battle group’s earlier transit of the Taiwan Strait. Admiral Timothy Keating, head of the U.S. Pacific Command, responded: “We don’t need China’s permission to go through the Taiwan Strait. We will exercise our free right of passage whenever we need to – correct that – whenever we choose to.”

That was the most forthright statement of America’s freedom of navigation rights vis a vis Chinese sovereignty assertions since President Nixon’s withdrawal of the Seventh Fleet from the Strait in 1972 to pave the way for his historic trip to China. (Even when President Clinton ended the self-denial of U.S. passage rights during the 1995-96 Taiwan Strait crisis, Washington explained it away as a weather diversion.)

The United States is also showing its displeasure with increasing Chinese aggressiveness in the region in other ways. For example, the Pentagon is reportedly considering not inviting the People’s Liberation Army Navy to participate in next year’s RIMPAC exercise as it did last year.

China is also excluded from a PACOM Amphibious Leaders Symposium in Hawaii this month with more than twenty countries, including Taiwan (which was not invited to RIMPAC 2014). Washington is apparently concluding that sharing operational practices and capabilities with an expansionist power that continues to manifest anti-U.S. and anti-Western attitudes despite forty years of generous engagement may not be prudent.

Beijing, of course, will charge that these non-invitations are hostile acts by a U.S. government intent on “containing” China. Yet, it is telling that Beijing continues to reject an American invitation extended in 2003 for China to join an international effort to cooperate on an issue where it purportedly shares American concerns: countering proliferation of weapons of mass destruction.

More than a hundred nations now participate in the Proliferation Security Initiative (PSI) to interdict shipments on the high seas and in ports. Taiwan is one of them, again showing itself to be a more responsible international citizen than its giant cross-Strait neighbor. (In 2003, Taiwan blocked a ship carrying contraband chemical weapons materials from North Korea, China’s partner in proliferation.)

Joining PSI or not is a matter of choice for Beijing. Washington needs to convince China that observing freedom of navigation and respecting international maritime law is not.

Joseph Bosco served as China country desk officer in the office of the Secretary of Defense, 2005-2006.