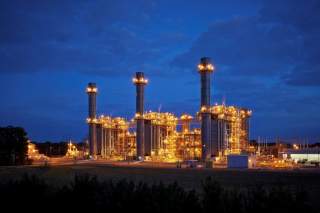 Increasing American production and export of energy is a win-win-win proposition. It would enhance our national security, make international energy markets more free, and address environmental issues realistically. The next president should lead the campaign for an American energy export agenda. In the meantime, the present Congress can do much to prepare for the march.

The acme of presidential leadership is crafting policies that make the nation safe, free, and prosperous. Satisfying all three priorities is often the Oval Office's greatest challenge. It is like single-handedly trying to get squabbling triplets into their car seats. Yet, the confluence of geopolitics, America's energy abundance, and economic and environmental realities offers an almost unprecedented opportunity to do this successfully.

Energy is a vital global commodity. When it becomes a widely used, diverse resource rather than a scarcity to be rationed, the flow of commerce eases the friction of global competition. Energy, for example, becomes one less coercive tool of economic warfare, such as has been employed by the Russians since the 1990s to intimidate neighboring countries.

Energy brings prosperity. There are strong causal relationships between the availability of energy supplies and opportunities for growth, innovation, and increasing prosperity.

Energy production can serve the environment. An abundance of energy options does not automatically lead to adverse environmental impacts or impair the development of alternative, sustainable, and renewable energy resources. Free markets create opportunities for innovation. Further, nations that achieve high levels of economic freedom through instruments like free markets are demonstrably better stewards of the environment.

To reap all the benefits of getting more energy on the open market, global markets must become freer. Thankfully, the United States has the means to open global energy markets to greater free market competition. The task for the next president is to make it happen.

Congress can help by building momentum for the next president's energy agenda.

The Hill has already taken the first step, by passing legislation to build the Keystone XL pipeline. Even though President Obama vetoed the bill, Congress delivered an important message: America is still open for energy initiatives. Lawmakers should repeat the message—by passing a Keystone approval bill again—to demonstrate that all Washington is waiting for is a new president who will join Congress in moving forward.

Next, Congress should take action to broaden opportunities for liquid natural gas and crude oil exports. America's partners who have an interest in building global free-energy markets, like South Korea and the states of Central Europe, can help jump start the process. Friendly and allied countries should formally request exemptions from export restrictions from the White House. The administration has the authority to grant exemptions that are in the "national interest."

Exemptions have rarely been requested, and the White House has not encouraged countries to ask. But, if nations step forward, it could be a game-changer sparking action on the Hill. These requests would demonstrate there is real demand and political will from America's partners to reshape global markets. Congress could seize this signal as an opportunity to lead in liberalizing U.S. laws to permit more exports of liquid natural gas and crude oil.

In addition, Congress should prevent the administration from thwarting coal exports. The executive branch has done this by adding layer upon layer of regulatory review. In particular, Congress should block agencies from laboring on cumulative environmental impact statements for coal exports. These statements purport to measure the climate impacts of proposed coal export terminals—not just the effects of building and operating the facilities themselves, but the effects of mining of the coal, transporting it to the terminal, and its final use as well. Adding these extra layers of regulatory review simply creates more fodder for groups who want American coal to stay in the ground.

Congress should also press the White House to use its tenure as chair of the Arctic Council to promote an economic freedom agenda in that region. Central to that agenda would be encouraging actors to pursue developing shipping and energy resource responsibly.

Finally, Congress could signal strong support for the export of energy technologies—everything from from fracking gas and oil to producing nuclear power. Lawmakers, for example, should engage with legislators from foreign nations, leading honest discussions of the issues surrounding fracking and how these technologies could be effectively employed in their countries. Additionally, lawmakers should more proactively seek dialogue with foreign ministries of key friendly and allied countries on energy issues. Furthermore, Congress should promote simplification and consolidation of export regulations governing nuclear technology and promote more 123 Agreements for peaceful nuclear cooperation.

Whether Congress can make headway with this administration on crafting a free-market energy strategy is an open question. But at the very least, the Hill can send a signal to the next president that Congress is ready to partner on what has to be a key component of a new administration's foreign policy.

To help keep the nation safe, free, and prosperous, the next resident of the White House needs to enter the Oval Office with a plan to implement and leverage these initiatives.