Time to Crack Down on Chinese Hacking 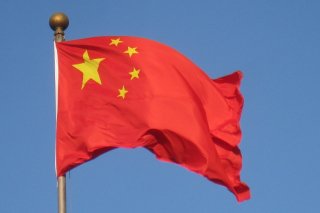 On Monday, the New York Times’ David Sanger reported that the Obama administration has decided that it needs to retaliate for Chinese hackers’ attack on the Office of Personnel Management (OPM). It’s about time.

The argument against doing so—that the United States could not retaliate because the hack was (a) “classic espionage” and thus legitimate, and (b) American intelligence agencies are doing or would do the same to China—was never persuasive. Not only does the U.S. government have a responsibility to protect its civil servants, there is little inconsistent about attempting to deter China from engaging in behavior in which the United States might also be engaging. States locked in great power competition seek advantages where they can—such is the nature of the game.

Unfortunately, the reported desire to avoid “prompting an escalating cyberconflict,” as Sanger put it, is troubling, especially since an administration official told him, “One of the conclusions we’ve reached is that we need to be a bit more public about our responses, and one reason is deterrence.” These two strands of thought are inconsistent. Deterrence 101: in order to effectively deter your adversary, telegraph that you’re willing to risk escalation, not that you want to avoid it.

While the administration must, of course, consider how Beijing will react to any U.S. retaliation, it is China’s apparent assumption that meaningful U.S. retaliation was unlikely that should really be giving American officials heartburn. China has learned that it can continually escalate the severity of its cyberattacks on the United States without having to pay any significant costs for doing so. The administration, one hopes, has finally determined it’s time for Beijing to unlearn that lesson.

The question remains: how to do so? Sanger reports that one option being discussed is “finding a way to breach the so-called great firewall,” which China uses to censor and control the internet. The great firewall has become a central tool of the Chinese Communist Party in its efforts to maintain power. Threatening to tear it down may lead Beijing to rethink its cost-benefit analysis when considering future hacks.

But retaliation need not be limited to the cyber realm. In September, Xi Jinping is scheduled to make a state visit to the United States, in which President Obama will roll out the red carpet for the Chinese leader. The fetting of Xi is entirely inappropriate given the OPM hack, not to mention Chinese moves in the South China Sea, Beijing’s stepped-up domestic repression, and its broad-based effort to undermine the US-led liberal international order. The trip should be canceled. At the very least, the visit should be downgraded to a working visit and Washington should refuse to issue any sort of joint statement. This would be, admittedly, a symbolic move, but one that would get China’s attention.

In another act of signaling, the United States should boycott China’s military parade to mark the 70th anniversary of the end of World War II. No one from official Washington—not the vice president, not the ambassador to China, not a consular affairs officer from the embassy—should be in attendance. Washington should encourage its allies to do the same, but should do so quietly—the United States should not have its friends publicly spurning it as they did ahead of the launch of the Asian Infrastructure Investment Bank earlier this year.

More substantially, the United States should dissolve the U.S.-China Joint Liaison Group on Law Enforcement Cooperation. Xi Jinping is in the midst of a years-long anti-corruption initiative, aimed both at strengthening the communist party and at strengthening his own hold on power. The joint commission is the means through which China provides U.S. authorities with the names of wanted suspects living in the United States. The U.S. government must, of course, continue enforcing its own laws, but active cooperation with Xi’s anti-corruption drive serves only to strengthen a burgeoning adversary while giving up potential sources of intelligence on the inner workings of the Chinese Communist Party. As with poking holes in the great firewall, halting cooperation with Beijing to track down corrupt cadres would hit Xi where it hurts.

To date, the Chinese have had no reason to cease, or at least to curb, cyberattacks on the U.S. government. It’s time for Washington to give them one. Better late than never.