This Time Is Different: A New Hope for Kashmir 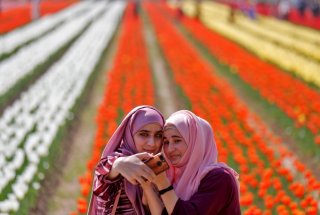 By the turn of the century, there were five main insurgent groups present in Jammu and Kashmir that “benefited from Pakistani support,” Hizb-ul-Mujahideen (HM), al Badr, Harakut-ul-Mujahideen (HuM), Jaish-e-Mohammed (JeM), and Laskhar-e-Taiba (LeT). Additionally, Al Qaeda also shared “close ideological linkages and personal relationships” with LeT, and with Osama bin Laden’s group enjoying protection from the Taliban at the time, Afghanistan was used as a point of contact and training for jihadists hoping to carry out attacks in Kashmir. Perhaps the most illuminating example of the Taliban’s sympathetic stance on terrorist activities in Jammu and Kashmir occurred in 1999 when the group allowed the hijacked Indian Airlines plane IC814 to land and remain in Kandahar while the HuM militants responsible negotiated for the release of terrorists held by the Indian government. The stage had thus been set. By the time the Taliban had been removed from power in 2001, the insurgency in Jammu and Kashmir had already benefited from Pakistan’s ability to redirect instability, munitions, and manpower from sympathetic leadership in Afghanistan. As a result, the violence would continue for nearly two more decades.

Thus, both instability and the presence of hardline, ultra-extremist Islamist elements in Afghanistan contributed to the birth of a deadly insurgency in Jammu and Kashmir that had claimed the lives of over 20,000 civilians, terrorists, police, and military personnel by the end of the 1990s. This made the Taliban’s return to Kabul all the more troubling for the Indian government. However, this alone is not enough to tear down the gradual progress that has been made in Kashmir in recent years. The presence of a nascent civil society is acting as a buffer to the resumption of militancy; youth empowerment, political involvement, and greater social inclusion for previously marginalized groups have given ordinary Kashmiris far less of an appetite to support the restarting of another violent campaign in the region. However, irrespective of this fact, Jammu and Kashmir’s fate depends in large part on the will of Pakistan. Furthermore, the fact that Masood Azhar, the JeM leader responsible for the 1999 hijacking of IC814, has yet to be apprehended, on top of conflicting reports of his whereabouts in Afghanistan or Pakistan, only adds to this concern. Yet with the country in economic freefall and facing domestic terror issues of its own, hopefully, the military establishment will not seek to capitalize on the Taliban’s return and destabilize Jammu and Kashmir once more.

Marcus Andreopoulos is a Senior Research Fellow at the international policy assessment group, the Asia-Pacific Foundation, as well as a researcher and instructor for the Global Threats Advisory Group (GTAG) with NATO’s Defence Education Enhancement Programme. Marcus also has a master’s degree in international history from the London School of Economics and Political Science.