Time to End Taiwan’s Isolation from the United Nations 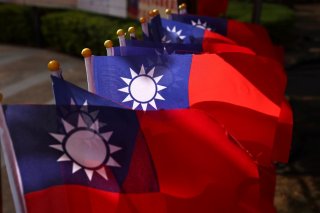 The People’s Republic of China (PRC) brought its aggression against Taiwan to new heights last month, with serious consequences for the Indo-Pacific region. House Speaker Nancy Pelosi’s (D-CA) visit to Taiwan was met with unprecedented, large-scale joint military drills by the PRC. In a blatant attempt to unilaterally upend the status quo across the Taiwan Strait, China disrupted air and sea routes critical to the regional economy and fired missiles over our island and into nearby waters. This campaign of aggression must be understood as part of a struggle between democracy and authoritarianism—a struggle the United Nations (UN) cannot afford to sidestep.

China’s military exercises were a clear violation of the UN charter, which states that international disputes are to be resolved through peaceful means. But perhaps even more damaging is their longtime legal war against Taiwan within the UN. Seeking to enforce its propaganda on international society, China has exerted undue influence behind the scenes, effectively barring Taiwan’s participation in the UN and its specialized agencies. For far too long, Taiwanese experts, journalists, and students have been denied access to UN gatherings, such as this month’s General Assembly in New York City. Even tourists with Taiwanese IDs have been unjustly prevented from visiting any UN premises around the world.

While unfair to Taiwan, the consequences of our exclusion are even greater. Taiwan has a strong record of being a responsible stakeholder in the international community and a reliable partner on issues of global concern, including in such high-stakes areas as supply chain security, climate change, and the fight against the Covid-19 pandemic. Indeed, Taiwan prides itself on being a force for good in the world, and we have much to contribute. All we need is the opportunity. Unfortunately, from the World Health Organization’s fight to contain the Covid-19 pandemic to the International Civil Aviation Organization’s mission to ensure global aviation safety, Taiwan’s exclusion has also meant that the world is denied the opportunity to benefit from our expertise.

This nefarious state of affairs was brought about by the PRC’s intentional conflation of UN General Assembly Resolution 2758 with their so-called “One China principle,” which falsely asserts that Taiwan is part of the PRC. Nothing could be further from the truth. In fact, Resolution 2758 doesn’t mention Taiwan even once. The 1971 document merely decided upon the question of who represents the UN member state “China,” without endorsing the PRC’s claims of sovereignty over Taiwan or who should represent Taiwan in the UN. The ironclad reality is that Taiwan has never been a part of the PRC. It is long past time that international institutions like the UN acknowledged this reality.

For decades, the UN has conceded to China’s political pressure, allowing disinformation to dictate policy. Yet history is rife with examples of the devastation this kind of appeasement can lead to, and revisionist regimes are prone to take military action against neighboring countries when they believe that they can get away with it. Russia’s invasion of Ukraine, it would be wise to recall, was preceded by an escalation of military exercises. Acquiescing to the fiction that the PRC has any right to speak on behalf of the Taiwanese people only emboldens them to take similarly dangerous steps in the direction of conflict—and not merely against Taiwan.

Taiwan is far from the only country in the Indo-Pacific region that is threatened by the PRC’s irresponsible provocations. From the South China Sea to the Himalayas, recent years have seen China take increasingly aggressive actions against its neighbors under claimed absurd pretexts of sovereignty. Just as China’s authoritarian crackdown did not end with Hong Kong, its expansionism will not end with Taiwan. Action must be taken now to prevent the worst of outcomes.

Faced with the rise of authoritarian attacks on democracy around the globe, the UN should recommit itself to its founding principles and welcome Taiwan’s meaningful participation. We stand ready to contribute to the international community and are committed to maintaining peace and stability across the Taiwan Strait and throughout the Indo-Pacific region at large. Only the democratically elected government of Taiwan has the right to represent the 23.5 million Taiwanese people, and the time has come to give them a voice on the international stage.

Bi-khim Hsiao is the Taiwan government’s representative to the United States.