Time to Make Psychology a Part of International Relations 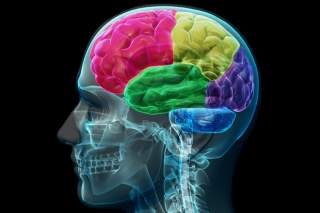 Everyone has knowledge gaps. Take it from Ted Mosby in an episode of “How I Met Your Mother.” Despite being an intelligent professor of architecture, Mosby mispronounced “chameleon” his whole life, and when he uses it in a lecture, his students can’t help but chuckle. Similarly, I pronounced the “b” in “subtle” for a long time as a kid. My mother, bless her heart, corrected me at age fourteen, sparing me more embarrassment later in life. Some knowledge gaps are comical and not cause for concern. Others require serious attention and demand filling. One such knowledge gap for international-relations experts lies in the realm of psychology. There is a strong need for a psychology requirement for all international-relations, strategic-studies, security-studies, public-diplomacy majors and so forth, but it seems to go largely overlooked.

If we liken the human brain to a computer, the need for a psychology requirement in international-relations curriculum becomes simple and clear. If one wanted to become a computer technician, it would follow that one would take a few courses on how computers work, yes? So if one wanted to become, say, a diplomat, a political analyst, an academic, a foreign-service officer, a State Department employee and so on—in short, someone whose job it is to know how political and economic systems function (because they do not function of their own volition or in a vacuum; humans are at the root of politics, naturally), offer up solutions on how to improve the functionality of those systems and help manage relations with the rest of the humans in this world—would it not also follow that one should be well versed and well learned in how humans work? After all, how useful are our leaders and ambassadors (notwithstanding other reasons for questioning the appointments thereof) at facilitating good relations with leaders of other nations if they are not experts in human behavior?

At the very least, anyone engaging in serious negotiations with leaders of another country should be extremely knowledgeable about that country’s culture, including the nuances and patterns in psychological and sociological behavior that are prevalent in that country. For example, one leader whose behavior seems to have vexed most U.S. politicians as of late is Vladimir Putin. Nina Khrushcheva, the granddaughter of former Soviet Union premier Nikita Khrushchev, offers up a few works of literature, including Gogol’s Taras Bulba, that she believes give insight into Putin’s behavior and motivations for getting involved in Ukraine’s political affairs and annexing Crimea. Khrushcheva, a longtime Putin watcher and accomplished academic, uses her extensive knowledge of comparative literature, politics and Russian culture to try and understand why leaders such as Putin behave the way they do. Perhaps if some of our top leaders bothered to learn about Russian culture and how it manifests itself in Russian politics and foreign policy, we would have a better shot at repairing relations with one of the largest and most influential countries in global politics. (The onus is also on Russian leaders to understand U.S. leaders, but that does not make it any less critical for U.S. leaders to understand Russian leaders.) The last thing we need is our own president making any more misinformed comments about countries upon which he claims to be focusing. It seems that Obama knows very little about the aspects of Russian cultural and psychology that influence and motivate Putin’s actions. Further, the issues raised in Kenneth Yalowitz and Matthew Rojansky’s article about the demise of Russian and Eurasian studies in the United States seem indicative of just how little we care about establishing good diplomatic ties with Russia’s leaders and how little importance we place on understanding the psychological motivations behind their actions.

It begs the question: Why is it that so many people playing the international-politics game do not have a solid educational background in psychology?

Sure, game theory and economic theory analyze concepts related to psychology and the human psyche (think prisoner’s dilemma, for example). The problem is that many students of international relations (myself included, admittedly) take only a few courses on theory and discard the knowledge as too abstract or useless, career-wise. This couldn’t be further from the truth. In fact, psychology should be a fundamental requirement for completion of any international affairs/relations/studies major relating to diplomacy and international politics. While some university programs, such as those at Harvard’s Extension School, offer one or two psychology courses that can count toward international-relations course credit, this is completely different from having a whole module—consisting of maybe three or four courses—that is required to be taken by those majoring in international relations, be it at the undergraduate or graduate level. The College of William and Mary offers a few options for sociology and psychology courses that are optional for undergraduate international-relations majors, but does not include any of these in the core requirements. Disappointingly, Georgetown’s School of Foreign Service’s course options for international-politics majors do not include a single psychology course. On the slightly brighter side, they do have a cultural and politics major that offers one psychology course: cultural psychology. But again, there need to be better options, more options and a core requirement. With its reputation in international relations, Georgetown would be the perfect candidate to spearhead the pivot toward psychology as a core requirement.

Let’s take all the international-relations majors and throw them into structured, advanced psychology courses; the boiled-down, psychology-lite courses offered to students of international relations–related majors in the form of IR theory are not enough. If psychology were a mandatory requirement, we might all be making observations like that of Arie Kruglanski, a psychology professor who brilliantly explains in an easy-to-understand way a driving force behind people’s reactions to different types of leaders.

U.S. leaders are always claiming to be serious about facilitating peaceful relations with difficult or adversarial nations. It seems to me that if this really is the mission, then there should be clearer efforts at understanding why the influential figures of those nations behave the way they do. Not just as natives to those countries, but as humans at a fundamental level. The study of psychology seems to have found its place in the analysis of terrorist activities and motivations therefor. However, a solid base in psychology is not only needed to understand terrorists—it is also needed to understand anyone with whom the United States has diplomatic relations. It seems to me that nuclear negotiations with Iran, for example, might move ahead more quickly and lead to mutually agreed-upon terms for a deal if those doing the negotiating had an equally wide breadth of knowledge of psychology and of Iran as they did of politics and history. Maybe the talks would still be at a standstill, but I would wager that the probability of coming to terms with Iran would increase if we had a better understanding of why Iran wants what it wants—it could all just be a “quest for status.”

Of course, students cannot stay in school forever, and there are many courses that would likely prove helpful for those who aspire to improve relations between nations. However, going back to the human-brain-as-a-computer analogy, you wouldn’t claim to be an expert on computers without knowing how one works. Similarly, you wouldn’t claim to be an expert on international relations without knowing how people relate to one another and why. In order to do this, you need a solid background in psychology and whatever relevant cultural studies. Cultural studies, sociology and psychology are not fluffy, useless subjects that IR majors should only take as optional electives simply to meet institutional prerequisites for graduation. They are serious, underrated subjects that need to be given a more central role on the international-studies stage. If the top officials in this country continue to undervalue the roles culture and psychology play in understanding human behavior, the general public might as well assume that they are not serious about facilitating sincere, informed, productive dialogues with foreign officials.