Time for a New American Century 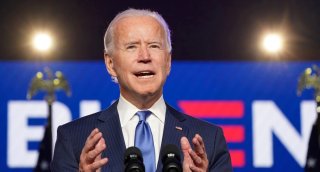 OVER THE last five years The National Interest has conducted several foreign policy symposiums. For the September/October 2015 issue, the focus was on “What is America’s Purpose?” And, then the January/February 2017 issue, like now, posed the question, “What Next?” in the aftermath of the 2016 U.S. presidential election.

In answering the question “What Now?” for 2021, I find myself drawing upon some of the same fundamental points I made previously. “The purpose of American power, which includes military, economic, diplomatic, ideological, legal, and cultural components, is to protect the entire range of our national security interests.” Accordingly, in 2017, given that the international environment was beset with regional and global crises, I recommended that the president‐elect advance a strategy clearly elaborating the principles of U.S. foreign policy and why the protection of vital national interests require American global leadership.

The Trump administration’s National Security Strategy (December 2017) properly put forth the concept of strategic competition with China and Russia as the organizing paradigm of U.S. foreign policy. Given the current and projected policies of Beijing and Moscow—which seek to undermine U.S. national security interests, fragment our alliances and foster instability worldwide—it is imperative to sustain, in 2021 and beyond, this appropriate U.S. response to these ongoing challenges. We can expect strategic competition with China and Russia to continue and even intensify. How to deal with these threats must be a central focus of U.S. foreign policy going forward.

In the 2017 National Interest “What Next” symposium, I also advocated for U.S. leadership internationally, engagement with allies, and strong deterrence of foes. Toward this end, given resource constraints and heightened threats, the United States needs to continue its advocacy of burden-sharing. During the past four years, we persuaded our NATO allies to dedicate $130 billion to our shared defense and to pledge to spend $400 billion through 2024. This momentum on burden-sharing should be maintained. Bruce Stokes, in a Chatham House article, “U.S. Electorate Shows Distrust of the Realities of Foreign Policy,” asserts that many Americans

“believe that other countries take unfair advantage of the U.S. ... barely one third (35%) of the public give top priority to working with allies...to confront global challenges...and only 31% say improving relations with allies should be a top foreign policy priority over the next five years.”

We must also keep in mind that, since its inception, the alliance has endured both vigorous internal and external challenges and overcame them with leadership, determination and close coordination. In 2019, we celebrated the seventieth anniversary of NATO. Over these seven decades, NATO has demonstrated that it is an indispensable alliance whose collective political, economic, and military might is unmatched. Our continued engagement—albeit with fair burden-sharing—is essential.

Two other proposals which I made in 2017 concerned a U.S. commitment to maintaining a stable, rule‐based international order and the recognition that a strong economy and defense are key to America’s power globally. In this context, the political and economic investment we have made in the Indo‐Pacific is paying off. The United States has upgraded to Ministerial level the Quadrilateral Security Dialogue, a forum comprised of the United States, Australia, Japan, and India, which seeks to offset China's efforts to establish regional dominance. Significantly, the Quad has also set up an expanded discussion, known as Quad Plus, on the pandemic and Asia supply chains and has included New Zealand, South Korea, and Vietnam in these exchanges. In 2021, we should build upon this strong alignment of Pacific countries, which share a common goal of countering China’s malign activities.

And in the Middle East, the establishment of diplomatic relations between Israel and the Gulf States (UAE and Bahrain) should be further advanced. This historic development affords a unique opportunity to solidify peace, foster economic growth and expand this ground‐breaking alignment to include Saudi Arabia. Significantly, it will provide a crucial counterweight to Iran’s hegemonic actions throughout the Middle East.

What next? As I asserted on these pages in January/February 2017, “some have spoken of the twenty‐first century as the next ‘American Century.’ There is no reason why this cannot be the case.”

Paula J. Dobriansky is a former Under Secretary of State for Global Affairs (2001–2009), Senior Fellow in the Future of Diplomacy Project at Harvard University’s Belfer Center for Science and International Affairs, and Vice Chair of the Atlantic Council’s Scowcroft Center for Strategy and Security.