Time For Realism In U.S.-China Relations 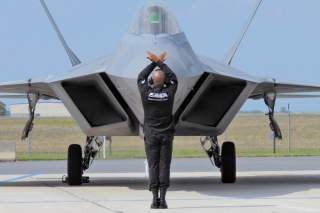 “The United States welcomes a rising China that is peaceful, stable, prosperous, and a responsible player in global affairs.”

So asserted Susan Rice, National Security Advisor to President Obama, during a speech yesterday at George Washington University on the eve of Chinese President Xi Jinping’s state visit to Washington. In an address designed to tout the “arc of progress” in Sino-U.S. relations, Rice chastised the “lazy rhetoric that says conflict between the U.S. and China is inevitable.”

Rice may have set up her straw person, but no serious Asia watcher either predicts or desires a clash with China. However, even by the measuring stick of her own aspirations noted above, China today is falling far short of the mark, raising serious questions about the future of its relationship with the United States.

To begin with, few of China’s neighbors feel that Beijing is altogether peaceful these days. Its coercion over disputed maritime territory in the East and South China Seas continues unabated, and it has now built islands in contested waters and is beginning to militarize them. Its military might, showcased this month at a major parade, was a clear message of China’s strength and a warning to those who would oppose it.

Secondly, longtime observers of China are increasingly concerned about its stability. Xi Jinping has instituted a social crackdown that belies the regime’s concern over its safety. Xi has arrested potential threats to his own power in the Communist Party, tightened control over the military, jailed lawyers and dissidents, and maintained oppression of Tibetan and Uighur minorities. Even established academics like George Washington University’s David Shambaugh are beginning to say that the Communist Party is entering its endgame, with unknown effects on social stability.

Americans are willing to overlook these failings as long as China remained the goose that laid the golden egg. Yet this summer showed that Chinese prosperity, the third of Rice’s goals, can be taken for granted. The stock market collapse over the past few months is a sign of much deeper problems in the broader economy. The official growth rate has been knocked down to 7 percent, but few economists believe the figure, and it is entirely likely that China is already in stagnation. That means, as trade figures showed, dropping industrial production and shrinking imports. When the slowdown hits the pocketbooks of China’s nouveaux middle class, then social stability will be even more at risk.

A China suffering from economic stagnation and turmoil at home is unlikely to be a ‘responsible player in global affairs.’ In fact, it already isn’t, despite Rice’s desire. Just days before Xi’s visit to Obama, his government has formally arrested an American citizen on charges of spying. This sends a clear message to Obama about Beijing’s regard for diplomatic niceties. Far more serious, of course, is the unprecedented cyber espionage conducted by Chinese hackers, undoubtedly controlled or supported by the government, against U.S. citizens and businesses. The hack of the Office of Personnel Management compromised the sensitive data of tens of millions of Americans. In response, Washington is toying with signing a cybersecurity pact with Beijing that will do nothing to stop such aggression. Add on Beijing’s claims over the South China Sea and its attempt to dominate contested waters, its refusal to pressure North Korea, and its campaign to seek out Chinese expats in America and coerce them to return home, and the picture of bonhomie between America and China is itself a product of the kind of ‘reductive reasoning and lazy rhetoric’ denounced by Rice.

The question is, what to do about all this? How can the United States effectively pressure its largest import partner and the world’s second-largest economy? Must the arc of progress championed by Rice always bend in China’s favor?

It is time for a new realism in U.S.-China relations. Such realism begins with an official acceptance that we are locked in a competition with China that is of Beijing’s choosing. Our economies may be increasingly interconnected, but no longer can U.S. officials quail at responding to Beijing’s provocations out of fear that trade relations will be harmed. It is time for high-level U.S.-China dialogues to be reset, to use a term once in favor in the Obama Administration, and conducted not as an unearned gift to Beijing, but only when there are concrete goals to be achieved. A state that acts increasingly in violation of global norms of behavior is not one that should be rewarded with pomp and circumstance by U.S. leaders.

In addition, it is past time for the U.S. to act as the guarantor of regional stability that it claims to be. That means sending U.S. ships and planes right up to the edges of China’s manmade islands in the South China Sea, something that Obama Administration admitted in Senate testimony last week that it was not doing. By not challenging China’s territorial claims we are in essence confirming them, and sending a message of political weakness to our allies in Asia. A China that knows we will employ our military strength where it is most in question will be far more circumspect in its attempts to undermine the rules of international behavior.

As for cyber, it is Beijing that has caused this crisis, and no U.S. administration should be negotiating a pact with the wolf in the sheep pen. First, we should be thinking of financial sanctions and diplomatic freezes as punishment for aggression already committed and that to come.

It also is past time to throw some cyber elbows to show we won’t simply sit and take whatever fouls China decides to commit. There is no question that the U.S. is probably more vulnerable that China on the cyber front, but we are steadily being led down the path towards a real cyber Pearl Harbor (such as the shutting down of our energy grid) by our unwillingness to show that we can play the same game. It’s a discomfiting thought, but that is the world we have let ourselves be trapped into.

The point of the new realism is not to force a conflict with China. It is to avoid one. Only steady strength, a firm response, and a willingness to speak the truth will show Xi Jinping and his fellow leaders that America is no better friend and no worse adversary. The choice lies entirely with the Chinese leadership. So far, they have ignored Susan Rice’s earnest exhortations, and instead shown a dangerous willingness to undermine the very peace that has allowed their country to grow so much. By acting in our best interests, we will also help deflect China from a path that increasingly looks like one that will result in far greater risks to stability, prosperity, and peace.

Michael Auslin, a resident scholar at the American Enterprise Institute in Washington, D.C., is the author of The Asia Bubble (forthcoming, Yale).