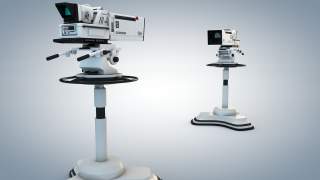 When former Director of National Intelligence James Clapper spoke to a Senate Armed Services Committee hearing in early January, he did not mince words. He said the allegations that Russian cyberattacks sought to influence the 2016 presidential election were “a multifaceted campaign,” and that “the hacking was only one part of it, and it also entailed classic propaganda, disinformation, fake news.” To respond to this campaign, he suggested bringing back the United States Information Agency. “I do think that we could do with having a USIA on steroids ... [We could use] the United States Information Agency to fight this information war a lot more aggressively than I think we’re doing right now,” Clapper said.

The United States is embroiled in a continuous information/cyber war with a wide array of actors, both state and nonstate. To confront these threats, a new sort of entity is needed: one that engages foreign audiences on behalf of the United States while countering misinformation, disinformation and influence campaigns. A renewed and revitalized U.S. Information Agency, as proposed by Clapper, is the best fit for this role.

Following the recent American presidential election, once again Russia has come to occupy the spotlight as the most notable cyber/information threat confronting the United States. This is not a new situation. During the Cold War, the Soviet Union engaged in what were called “aktivnye meropriyatiya” or “active measures.” A June 1992 report, released by USIA, explains the basic concept behind the strategy:

Active measures is a Soviet term that refers to the manipulative use of slogans, arguments, disinformation, and carefully selected true information, which the Soviets used to try to influence the attitudes and actions of foreign publics and governments. […] manipulative actions by foreign governments do not have to be overtly anti-American in order to be inimical to U.S. interests. Conciliatory and alarmist themes can be very damaging to the United States, if they cause the U.S. government to take actions that work to its detriment and which it would not otherwise have taken if it had not been the target of distorted or false messages systematically propagated by a foreign government for a political, economic, military or related purpose.

Yet states are not the only ones engaged in information campaigns. Nonstate actors have also developed formidable influence capabilities.

The most well-known case is the Islamic State, which possesses a slick and aggressive information division that specializes in self-promotion and recruitment. Lisa Blaker, in a 2015 article for Cyber Military Affairs, noted, “Clearly, social media has proven to be an extremely valuable tool for the terrorist organization and is perfectly suited for the very audience it’s intending to target. ... Platforms such as Facebook and Twitter, and even YouTube, allow ISIS propaganda to reach [young adults it wishes to recruit] across the globe in real time.”

Elsewhere, some influence campaigns are being formed without the clear backing of any particular nation-state or independent organization. In late January, for example, an article from BuzzFeed News detailed an ongoing operation dubbed “The Great Liberation of France.” In order to affect the course of the upcoming French presidential election, supporters of National Front candidate Marine Le Pen recruited ideologically sympathetic English-speaking individuals (generally Americans) via chat rooms and message boards, provided them with detailed instructions to create realistic-seeming profiles on French-speaking social media, and directed them to engage in actions to produce “as much chaos on social media as possible to make ... Marine Le Pen and her supporters ... seem like the most legitimate voice in French politics.”

Lastly, some efforts are born purely out of the pursuit of financial gain. Consider the town of Veles in Macedonia. Teenagers in the town discovered that fake news articles about the U.S. election that confirmed readers’ biases could attract millions of clicks—and thus substantial ad revenue. In a country where the average monthly salary is €350, the opportunity to make thousands was far too tempting to pass up. Concerningly, there is the legitimate concern that this model could work elsewhere. Marius Dragomir, a media expert at Budapest’s Central European University, is quoted in the Financial Times as saying, “I believe it will happen. Many will try as experiences elsewhere show that fake news can be monetised and that is going to prompt many to repeat the success [in Veles].”

The Lack of a Twenty-First Century Information Strategy

How should the United States respond to challenges such as these?

This is a matter of ongoing debate. Dan Goure has presented some ideas in the National Interest, ranging from rapid-reaction information cells that counter state-sponsored disinformation campaigns to legislation that increases the penalties for knowingly providing false or misleading information. A resolution passed in the EU Parliament last year recommends that EU authorities “closely monitor the sources of financing of anti-European propaganda.”

Yet such measures are not enough: there are too many vectors of attack, and the reactions from U.S. agencies so far demonstrate a lack of coordination, as seen in the incoherent attempts to build a counternarrative against ISIS. The State Department, for one, assembled a special unit with the goal of countering ISIS propaganda. As laid out in a 2015 Washington Post story, “experts denounced the group’s efforts as ‘embarrassing’ and even helpful to the enemy. Critics at the State Department and White House saw the use of graphic images [in their counter propaganda] as a disturbing embrace of the adversary’s playbook.” The military isn’t any more effective. After conducting an extensive investigation, a recently released Associated Press article describes “WebOps”—a counter-propaganda program created to counter ISIS’s recruiting over social media—as astonishingly ineffective and incompetent. The report details how civilian Arabic specialists working for the program lack a fluent understanding of the language and basic cultural knowledge, while the private contractors who run the program appear to be more focused on enriching themselves rather than actually diminishing ISIS’s online presence.

These failures raise questions regarding the United States’ approach to information warfare. Who should have overall authority when it comes to counteracting these sorts of information and influence campaigns? The NSA is generally responsible for most cyber-related operations, but should it also handle fake news stories? Is the Defense Department responsible for responding to ISIS on Twitter as well as the battlefield, or should this be a civilian-oriented matter? Does the United States even have a coherent information strategy?

Recently sworn into office, President Donald Trump has an opportunity to do something about this. According to the Washington Post, he is set to sign an executive order calling for a review of cyber capabilities and vulnerabilities. He should take this opportunity to act upon Clapper’s advice and reconstitute the USIA.

The USIA, in the past, was an independent agency chiefly responsible for U.S. public diplomacy throughout most of the Cold War, with a mission to “understand, inform and influence foreign publics in the promotion of the national interest.” Throughout its history, the agency oversaw media broadcasts (Voice of America, Radio Free Europe/Radio Liberty), the Fulbright scholarship program, participation in World’s Fairs, numerous publications (magazines, newspapers, periodicals) in foreign languages, libraries in several cities and more. With an annual budget in the billions, it had the power to engage the entire world. To an extent though, its mission and capabilities also meant that it was responsible for a great deal of U.S. propaganda efforts during the period, disseminating both truth-based reporting and disinformation. The propaganda often spun certain political developments in a negative light, intending to destabilize adversarial regimes. Radio Free Europe/Radio Liberty, for example, highly publicized anti-Soviet protests and nationalist movements, fomenting dissent in the Warsaw Pact. Romanian president Nicolae Ceauşescu considered the organization such a high threat that he directed his intelligence agencies to wage war upon it.

With the end of the Cold War and the loss of its core raison d’ȇtre, Congress decided to shutter the agency in 1999, with its assets either being folded into the State Department or becoming independent entities. Voice of America and Radio Free Europe/Radio Liberty, for instance, are still active to this day. Though they state that their reporting is objective, various regimes perceive them as still-existent propaganda outfits. Nonetheless, without strategic direction from a managing agency like the USIA, they are weakened and rudderless, lacking in a greater sense of purpose.

A New Information Agency for a New Age

The USIA could be brought back with new purpose: to not only continue its old mission of influencing foreign publics, but also to engage in operations to counter ongoing information warfare directed against the United States and its allies. This will be a difficult task to accomplish, one best described in the words of Andrés Sepúlveda, a Colombian hacker who has allegedly influenced politics throughout Latin America for the past decade. Sharing his story with Bloomberg, Sepúlveda explains that: