Time to Stand Up to China in the South China Sea 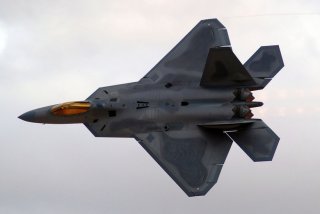 It has been more than fifty years since baseball legend Yogi Berra last took the field as a player, but the wisdom of many of his “Yogiisms” remains evident—even for the realm of international politics. On Tuesday—incidentally, the Hall of Famer’s 90th birthday—the Wall Street Journal reported that the Pentagon “is considering using aircraft and Navy ships to directly contest Chinese territorial claims to a chain of rapidly expanding artificial islands, U.S. officials said, in a move that would raise the stakes in a regional showdown over who controls disputed waters in the South China Sea.”

Were Yogi secretly an Asia hand, he might have remarked that it’s déjà vu all over again. In April 2014, the Journal similarly reported that “the U.S. military has prepared options for a muscular response to any future Chinese provocations in the South and East China seas” and that “any new moves in the region by China to assert its claims unilaterally would be met by an American military challenge intended to get Beijing to back down.”

By that time, as we now know, China’s land-reclamation efforts in the South China Sea were already underway. Perhaps the Obama administration was hoping the revelation of new military plans would dissuade Beijing from moving forward, but Xi Jinping was clearly undeterred. Indeed, later that week, China sent a massive oil rig into disputed waters in a blatantly unilateral move to assert its sovereignty.

Fast-forward a year, and China has now reclaimed land on seven features in the South China Sea. It has been building islands out of reefs and then structures atop those islands, likely including military facilities. Beijing has created new facts on the ground—heck, it’s created new ground—and, in doing so, has created conditions in which it will be far more difficult for its leaders to compromise. It is unlikely that U.S. or broader international pressure will convince China to reverse the steps that it has taken, for to do so would weaken the ruling Chinese Communist Party’s position both at home and abroad.

(Recommended: How America Would Wage War Against Iran)

Paradoxically, now that Xi Jinping has less wiggle room to significantly alter his approach to the disputed territories, the United States announces it is finally considering steps—beyond strongly worded statements—to defend its interests in the South China Sea. Those interests include freedom of the seas and skies and maintenance of regional peace and stability.

The Chinese, of course, are alarmed. Foreign Ministry spokesperson Hua Chunying described the potential U.S. moves as “risky and provocative.” But should the White House decide to proceed with the Pentagon plans, it would hardly be escalatory. China’s decisions to build islands, to use naval frigates to secure its dredgers and to fortify the new outputs—these are escalatory steps, and ones to which a military response is appropriate.

Imagine that the United States had anchored a series of oil rigs off China’s coastline, not far outside Chinese territorial waters, and then festooned those oil rigs with air and missile defenses, Tomahawks and destroyer berths. Imagine then that Washington had asserted that those oil rigs were entitled to their own territorial waters and airspace over which the United States had sovereignty. Such is an imperfect but illustrative metaphor for Chinese actions in the Spratly archipelago. The American delay in reacting does not change the fact that China opted for a confrontational course of action that would inevitably tempt crisis.

(Recommended: China Would Defeat America in a War?)

In this case, fortunately, American action is better late than never. Although the new islands are almost certain to remain, U.S. action can serve three ends. First, a newly muscular approach from Washington could lead Xi to moderate China’s behavior—Beijing might avoid new dredging and could, for example, decide to station coast guard vessels instead of frigates in its freshly dug harbors.

Second, although U.S. allies and partners have generally welcomed the Obama administration’s “rebalance” to Asia, they have been skeptical about Washington’s commitment to its security guarantees and to its traditional role as custodian of peace in the region. A new willingness to stand up to Beijing in a meaningful way—a readiness that has been noticeably absent over the past year—would calm nerves in allied capitals.

Third, by flying over those features not deemed to be islands prior to reclamation and by sailing within 12 nautical miles of those erstwhile reefs, the United States military will defend freedom of the seas and over-flight. Doing so is important for the Air Force and Navy’s ability to operate freely in not only the South China Sea, but also globally. Adverse changes to norms of behavior and to traditional interpretations of international law cannot be confined to one corner of the globe.

In short, freedom of navigation exercises, which is what the Pentagon seems to be contemplating, have the potential to do some good.  But now that Washington has issued its warning, it is important that the president make the decision to act, and soon. The longer he waits, the more entrenched Chinese positions will become, both figuratively and literally. The Journal reported that the U.S. military has not been operating within 12 nautical miles of reclaimed features that it does not recognize as islands, meaning that the United States risks acquiescing to limitations on freedom of the seas as properly understood. China, in other words, has already made progress in reshaping the South China Sea to better suit its own interests and will continue to do so absent American opposition.

It is not yet too late for America to act, but time is pressing. As Yogi might say, “It gets late early out there.”