Time to Start Worrying about Taiwan 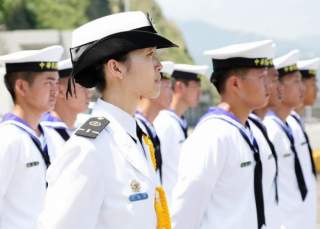 As newly elected President Tsai Ing-wen of Taiwan wraps up her first month in office, the United States should expect substantial changes to Taiwan’s relationship with the People’s Republic of China that may complicate relations between the two sides and the United States. While President Tsai does not have carte blanche to drastically revise the status quo, the magnitude of her and her party’s victory affords her significant political capital and freedom of action. Worrisomely, President Tsai and her colleagues appear to be taking advantage of that capital to revise cross-Strait relations. After years on the backburner, Taiwan has returned to the forefront of the U.S. policymaking agenda.

In January 2016, Taiwanese voters elected Tsai to be the Republic of China’s first female president, while handing a legislative majority to her Democratic Progressive Party (DPP) in a sweeping victory against the incumbent Kuomintang (KMT). Unlike the KMT, which favors closer relations with mainland China, the DPP rejects the 1992 Consensus that established the “One China Principle” and officially calls for independence in its party charter. (The principle broadly states that mainland China and Taiwan belong to the same China and that both sides interpret the meaning of China according to their own definitions.)

The ROC’s foreign policy depends on the extent to which President Tsai can tame the most radical elements of her party and enlist the Legislative Yuan, the ROC’s legislative body, to support her agenda. The DPP’s ideology emphasizes Taiwanese nationalism and the notion of a Taiwan that is politically and culturally distinct from mainland China. It also advocates social liberalism and is commonly associated with small- to medium-sized companies and organized labor. While the DPP wishes for greater independence from mainland China, the party is divided on the nature of that independence. One faction argues for the status quo, which entails de facto separation from mainland China; the other side points to Hong Kong as evidence of the dangers of “one country, two systems” and supports de jure independence. They believe the ROC would weather the diplomatic, economic and military fallout of official independence (especially if they believe the United States would support or at least grudgingly accept such a move). To reassure Beijing and the international community against this possibility, President Tsai has repeatedly expressed her support for consistent, predictable, and sustainable cross-Strait relations based on “existing realities and political foundations.”

Despite the wishes of more radical elements in the DPP, President Tsai does not want a major disruption to the status quo. She hopes to conduct her administration in a way that maximizes the longevity of DPP control of the government. Voters opted for a change in government largely because of domestic and particularly economic issues, rather than as a referendum on the KMT’s foreign policy. Tsai does not wish to repeat the mistakes of the DPP’s previous experience in power, when Chen Shui-bian was elected as president in 2000. Chen’s administration, which also suffered a series of corruption scandals, advanced policies that were provocative towards the mainland and alienated Taiwan internationally. These policies included a referendum on whether Taiwan should rejoin the United Nations as well as changes to historical textbooks to separate Taiwanese and Chinese history. President Tsai believes these policies were counterproductive to Taiwan’s national interests and resulted in the DPP’s crushing defeat to the KMT in the 2008 elections.

Even though President Tsai espouses a more moderate approach to cross-Strait relations than her DPP predecessor, her policies and especially the actions of her party threaten cross-Strait relations. For example, after her swearing in last month, President Tsai established a mechanism to resolve maritime disputes with Japan. ROC Premier Lin Chuan also dropped charges against anti-Beijing protesters and described his newly appointed representative to the United States as an “ambassador,” suggesting that Taiwan is a sovereign country with all the attendant diplomatic privileges. While not constituting a regime shift in government policy, moves such as these undermine Beijing’s confidence in its ability to work with the newly elected government. Both sides enjoyed closer relations during the previous KMT administration of President Ma Ying-jeou from 2008 to 2016, and the PRC will do what it can to precipitate a return to KMT rule. There is some indication that Beijing will aggressively pressure the new president and explore how far it can go in imposing its own terms on the relationship. It has already begun to limit cross-Strait travel and renewed diplomatic relations with Gambia, ending a tacit truce against further diminishing the ROC’s small list of diplomatic partners.

Much depends on the ability of the United States to navigate its declared nonsupport for the ROC’s independence and its statutory security commitments to Taipei. The United States benefited from improved cross-Strait relations under the previous KMT administration. Improved relations freed scarce resources, such as the time and attention of national security decisionmakers, and permitted the Obama administration to improve bilateral relations between the United States and ROC. The United States has an abiding interest in peace and stability between Beijing and Taipei. A return to the hostile noncontact that characterized relations from 2000 to 2008 threatens the peaceful management of other regional issues, such as North Korea or territorial disputes in the East and South China Seas. For the first time in nearly a decade, U.S. policymakers must consider the possibility of armed confrontation between the PRC and ROC, or even China and the United States, over the fate of Taiwan.

Michael Casey is a graduate student in security policy studies at The George Washington University Elliott School of International Affairs.