Time for the EU to Outlaw All of Hezbollah 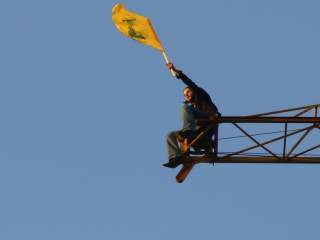 On July 18, barely two years after a Hezbollah suicide bomber murdered five Israeli tourists and their Bulgarian bus driver outside a Bulgarian airport, investigators announced that they had identified him as the Lebanese-French dual national Mohamad Hassan El-Husseini. With his identity and Hezbollah affiliation now established, it should be obvious that Hezbollah’s organization on European soil remains a deadly threat and should be completely outlawed. Yet, even as Hezbollah's operatives crisscross the continent to hatchet more outrage, Europe still turns the other way, leaving only the military wing of Hezbollah on its terror list.

Europe is uniquely positioned to expand U.S. counterterrorism policies targeting Hezbollah’s global operations. The House of Representatives voted unanimously in July for legislation that directs the Obama administration to provide greater detail on the activities of foreign governments to disrupt Hezbollah’s global logistics and fundraising networks, financing and money-laundering activities.

The United States designated Hezbollah’s entire organization a terrorist entity in 1995. Hezbollah was created in 1981 by Iran as proxy militia to advance Iranian interests in Lebanon, then in the midst of a civil war. By the turn of the century, Hezbollah had developed good will and credibility amongst the Lebanese civilian population for their eighteen-year war against Israel’s occupation of southern Lebanon. Its leadership seized the opportunity to become the country’s preeminent political power broker. All the while, Hezbollah has maintained its relationship with Tehran and developed strong ties with Iran’s top ally, Syria. As the latter has descended into civil war, Hezbollah has dispatched its most seasoned fighters to the defense of Assad’s regime and now to Shi'a militias in Iraq.

Despite Hezbollah’s decades-long record of global terrorism, the EU has resisted designating Hezbollah as a terror organization.

It took an attack on EU soil to get the attention of policy makers. In July 2012, three Hezbollah operatives bombed a tour bus in Bulgaria filled predominantly with Israelis, killing five along with their Bulgarian bus driver, and injuring thirty-two. Europe subsequently designated Hezbollah’s military wing—a half measure—over the objections of EU member states fearful of antagonizing Iran’s proxy.

It was a distinction without a difference. After all, Hezbollah’s top leaders view their organization as monolithic. Hezbollah’s deputy leader, Naim Qassem declared in 2009, “We do not have a military wing and a political wing” and “the same leadership that directs the parliamentary and government work also leads jihad actions in the struggle against Israel.”

For many EU governments, this fiction is not without merits. Keeping this artificial Jeffersonian wall between Hezbollah’s political leadership and its military wing is the ransom paid to protect the ineffectual peacekeeping forces in Lebanon, of which Italy and Spain have the largest contingents.

Appeasing Hezbollah has its price, too. As a result of Europe’s reluctance to target the organization as a whole, Hezbollah has had years to act undisturbed across Europe.

There are thousands of Hezbollah members active across the continent. As highlighted in the findings of a recently released 2014 German domestic intelligence-agency report, Hezbollah has 950 active members just in Germany.

All the while, these potential EU passport holders are continuing their nefarious and violent activities unabated. Senior officials in the Hamas-controlled enclave of Gaza have told reporters that they are working on the ground with Hezbollah forces. And Hezbollah has largely kept Assad’s regime in Damascus on robust life support during their civil war, where more than 170,000 have been killed.

For France, Hezbollah’s role in Syria prompted President François Hollande to mete out punishment to Hezbollah’s so-called military arm. The discipline did not influence a change in Hezbollah’s behavior. In light of the identification of Hezbollah member Mohamad Hassan El-Husseini last week, it thus seems an apt time to ask, why Europe has a blind spot toward an organization whose raison d’etre is anti-Western terrorism.

It is admirable and long overdue that France plans to ban jihadists from departing for Syria. The United Kingdom’s arrest of jihadists aiding radical Islamic terrorist groups is also encouraging. Sadly, it took the shootings of four people in May at the Jewish Museum in Brussels by a French national who spent time fighting in Syria to jolt the counterterrorism establishment in France in particular and in Europe in general.

Yet, amidst this newly found steely resolve to confront radical Islamist fighters, Europe is still hesitant to go after Hezbollah. This is a mistake—Hezbollah’s hands are drenched in the blood of Syrians, Lebanese, Israelis, Americans, French, Argentines and others. Cutting down their European network of operatives, intelligence gatherers and money collectors will go a long way to serve European interests in the Middle East.

Benjamin Weinthal is a Research Fellow at the Foundation for Defense of Democracies.