A TNI Symposium: What Should Be the Purpose of American Power? 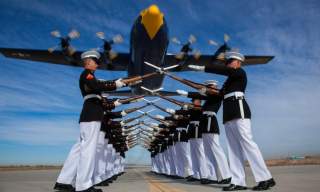 Editor’s Note: The following is a TNI special 30th anniversary symposium. We asked twenty-five of the world’s leading experts: What is the purpose of American power? Each day we will post multiple responses to this important question. Please check back daily. Below you will find a schedule of when each response will be posted (and a link when live):

Several decades after the end of the Cold War, the United States is confronting an increasingly unstable world in which its preeminence is facing new challenges. What, if anything, should be the purpose of American power?

In 1989, a recent college graduate interviewed for a job with National Interest editor Owen Harries. Harries, the former Australian ambassador to UNESCO, asked whether he sympathized more with the neoconservative or realist approach to foreign affairs. After a short pause, the candidate boldly split the difference, observing that it was wise to set limits on intervention abroad, but that it was also the case that, as Norman Podhoretz had recently observed in Survey, it was imperative to elicit a certain amount of nationalism among the American public to rouse it to action.

That candidate was, of course, me. The National Interest may have been founded in 1985 by Irving Kristol as a counterweight to Commentary, as Jonathan Bronitsky notes in this issue, but it proceeded, more or less, in an ecumenical spirit. One of my early assignments as an assistant editor was to work on an essay about the end of history by someone named Francis Fukuyama. Fukuyama’s article, which appeared in the Summer 1989 issue, established the basis for a crusading neoconservative doctrine that reached full flower in the George W. Bush administration, though Kristol, with his characteristic acerbity, commented, “I don’t believe a word of it.” (Fukuyama himself would go on to decry the intellectual votaries of the 2003 Iraq War.) A year later, on its fifth anniversary, TNI conducted a lengthy series in which the contributors sought to explain what purpose should inform America’s foreign policy. Now, on the magazine’s thirtieth anniversary, it seemed like a good idea to return to that question. The answers that follow suggest that it is as pertinent today as it was a quarter century ago.