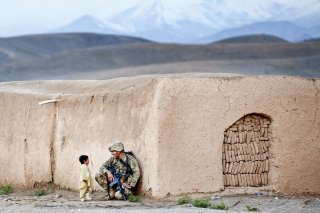 The principal factor that explains the most about the emerging geopolitics of the Middle East is the widespread perception of coming U.S. withdrawal. Despite America’s unequaled power, allies and adversaries alike can read its polls. Americans want the United States to do less in the Middle East and have expressed this preference over multiple presidential campaign cycles.

More importantly, actors in the region have dealt with three consecutive U.S. presidents who each, in very different ways, have deviated from the traditional U.S. role of upholding the regional status quo. They now see decisions on U.S. troop reductions in Iraq and Afghanistan driven by our election calendar rather than strategy. They hear President Donald Trump’s repeated insistence that the United States has no interest in maintaining the free flow of energy, something that has defined our presence for forty years. They witness the deep dysfunction of U.S. politics and the growing cleavages in American society, and they can’t help but wonder how much longer the country will be capable of regional leadership. They are already preparing for this future.

As a result, the world is witnessing the birth of a new geopolitical order in the Middle East. It is one likely to be less stable than even the dangerous one to which it was become accustomed, with a larger number of actors and a more uncertain future. But the contours of this order are now coming into focus.

China is an ever-present economic engine for all, a leading trading partner for most, and an indispensable energy consumer for some. But it is not yet a major player in the region’s geopolitics. It will likely move in that direction in the decades ahead as an increasingly mercantilist China uses its growing navy to protect its energy lifelines. But for now, at least, China remains comfortably removed from the region’s internecine politics and continues free-riding off of U.S. security guarantees.

In contrast, three other non-Arab powers—Iran, Turkey and Russia—are already working to step into the vacuum emerging from the perception of American withdrawal. Of these, Iran is the furthest along. Over the past two decades, in no small thanks to American strategic errors, Iran has increased its presence and influence in Iraq, Syria, Lebanon, Yemen and Afghanistan. Iran works alongside its proxies and provides them with precision weapons to target civilians in Israel and the Gulf region. It conducts destabilizing covert operations among foreign Shite populations. And more recently it has employed direct military force across borders and in international waters. America’s decision to use a drone to kill Iran’s Maj. Gen. Qassim Suleimani appears to have made Tehran less willing to threaten Americans openly, though it continues in its overall goal of driving the United States from the region.

Turkish president Tayyip Erdogan came to office with an Islamist agenda and is increasingly presenting Turkey, and consequently himself, as the natural leader of the region’s Muslims, and especially its Sunnis. Shaking off its twentieth-century Kemalist secular traditions in favor of its older Ottoman legacy, Turkey has jettisoned its prior relationship with Israel and aligned itself instead with the Muslim Brotherhood. Turkey has undertaken decisive military operations in Syria, Iraq and Libya; has based military forces in Qatar, which shares Turkey’s view of the Muslim Brotherhood; is actively engaged in Yemen, Somalia and Sudan; and aims to become a major player in the competition for Eastern Mediterranean energy resources. While Turkey remains a formal U.S. ally through NATO, Turkish actions have repeatedly strained bilateral relations, which might have hit their nadir when Ankara decided to purchase the Russian S-400 air defense system.

Russia’s goals in the Middle East do not align with U.S. interests. It has waged a brutal war to prop up a criminal regime in Syria in an alliance with Iran. It seeks to sell advanced weapons in the region designed to threaten the U.S. military and to expand its presence in the Mediterranean in order to threaten NATO. Russia has played a comparatively weak diplomatic hand especially well, positioning itself as central to any resolution in Syria and, in doing so, successfully improving its relations with Israel and Turkey. Russia is attempting another similarly low-risk, high-reward intervention in Libya by sending its mercenary forces to fight alongside the insurgents supported by the UAE and Egypt, also countries with deep ties to the United States. One of the great accomplishments of U.S. foreign policy in the last quarter of the twentieth century was expelling Russia from playing a malign role in the Middle East. But now Russia is back.

Just a few decades ago, any non-Arab powers that sought to gain influence in the region would be forced to contend with the traditional Arab leaders in Cairo, Damascus and Baghdad. These leaders directed significant military forces, held the attention of the proverbial Arab Street, and jockeyed for primacy among the wider Arab world. But today these traditional Arab powers are a shadow of their former selves, closer to becoming failed states than they are to being in a position to offer regional leadership.

What remains left to counter the non-Arab ascendency is an emerging new coalition of countries that have each never previously been regional powers, notwithstanding their comparative wealth. The beginnings of the coalition will be seen on Tuesday when leaders from the UAE, Bahrain and Israel meet in Washington. These countries, along with others in the Gulf, feel directly threatened by Iran and indirectly threatened by the Muslim Brotherhood. They would prefer to rely on their traditional bilateral agreements with the United States for their security requirements but are hedging against an uncertain future by bringing previously secret relations out in the open and by developing new relationships with China, which they don’t know, and Russia, which they don’t trust. The utility of this Gulf-Israel coalition has long been obvious from a security and economic perspective, but always problematic from a cultural perspective given the continued resonance of the Palestinian cause. As a result, it has emerged much more slowly than it should, despite U.S. encouragement over multiple administrations and even in the face of growing Iranian, Turkish and Russian power. But it is now here.

The emergence of this coalition is indisputably a positive development for the United States since a region dominated by Iran, Russia or Turkey does not serve American national security interests. Some in Washington will be tempted to use this as an opportunity to further double-down on their calls for withdrawal, but this would only exacerbate the region’s instability. It would be far better if the United States was to actively reinforce this emerging coalition by reaffirming our traditional regional role, right-sizing our presence and strategy, and preventing the abandonment of the region to others.

Will Wechsler, director of the Atlantic Council’s Middle East Programs and former Deputy Assistant Secretary of Defense for Special Operations and Combatting Terrorism.