A Top Diplomat for Europe: Who Will Replace Catherine Ashton? 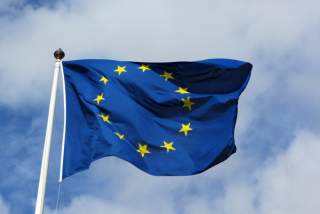 The European Union will soon select its next “foreign minister”—the high representative for foreign affairs and security policy—but rumors suggest an opportunity may be missed. At a time of so many international crises, Europe needs a more robust voice and America needs a stronger partner.

Now should be the time for a more effective European voice in foreign affairs. The usual means of jockeying for jobs in Brussels should not drive decision making. Generating a needed sense of unity and activism behind any new lead in articulating European foreign policy should be the desired objective.

Controversy in the recent choice of the next president of the European Commission, the EU's executive body, ought to be avoided in the selection of the new high representative. President-elect Jean-Claude Juncker, heretofore not one of the continent’s most widely known figures, will need heft with German chancellor Angela Merkel and other top leaders, for example, to help shepherd to a successful conclusion the negotiations with America on the Transatlantic Trade and Investment Partnership.

Two years ago in Warsaw in a public discussion with Polish foreign minister Radek Sikorski, former U.S. secretary of state Henry Kissinger chuckled that long ago he was credited with asking whom he should call if he wanted to call Europe. “I am not sure I actually said it, but it's a good statement.” More seriously, he added, “Even if a telephone exists and even if they answered it, the answer is not always very clear.”

In replacing Baroness Catherine Ashton when she departs in October, the new high representative will jump right away into high-stakes diplomacy with U.S. secretary of state John Kerry and Russian foreign minister Sergey Lavrov. Kerry served for nearly three decades on the U.S. Senate Foreign Relations Committee, and was a presidential candidate before becoming secretary last year. Lavrov, a career diplomat, served for a decade as Russia’s ambassador to the United Nations and is now in his eleventh year as minister. Kerry and Lavrov are diplomatic heavyweights. The next high representative ought to be in this class.

The top diplomat should breathe life into the EU’s stalled common foreign and security policy. Geopolitical challenges are becoming more important for the Union, yet much of its diplomatic practice and machinery remains geared for calmer times and smaller ambitions.

The next high representative ought to be widely respected and capable of giving the Union a more prominent place at the international table. Only some of the candidates being discussed meet these criteria.

The new high representative should bring prestige to EU diplomacy, and build confidence in America that the Union will pull more weight in addressing common challenges. EU leaders would diminish the Union, and themselves, by picking a high representative who operated only in the shadow of national foreign ministers.

Javier Solana, who served for a decade until 2009 in a post similar to Ashton’s, was a model diplomat who enjoyed wide respect. Having previously served for a decade as NATO secretary general and thirteen years as a Spanish cabinet minister, including for foreign affairs, Solana was skilled at helping to form consensus views on sensitive matters.

Europeans sometimes lament having no say in the choice of American leaders, but having to suffer their foibles. This goes both ways. U.S. interests are much affected by EU leadership, as in confronting Russian aggression in Ukraine and negotiating with Iran on its nuclear weapons program. Close U.S.-EU cooperation is essential to stemming security and humanitarian risks in Syria and Iraq and fostering peaceful change in North Africa.

It is not enough for President Obama to pursue dialogue with multiple European leaders. The EU as an institution is indispensable, such as for shaping positions, mobilizing aid and enforcing sanctions. Looking ahead, the EU should pull together under the high representative its international instruments of trade, aid, enlargement and foreign policy.

For all this, the Union needs a high representative of consequence who possesses greater authority. EU leaders should look first at the qualities demanded by the position, and then find a candidate up to the task. This person ought to be chosen based on expertise and political and leadership qualities, and not as part of a package deal aimed at producing an EU leadership team that balances among multiple constituencies.

Ian Bond is director of foreign policy at the Centre for European Reform, and was British Ambassador to Latvia.

William Courtney was U.S. ambassador to Kazakhstan and Georgia.

Craig Dunkerley was the special envoy of the U.S. Secretary of State for Conventional Forces in Europe.