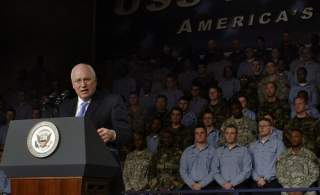 Almost five years ago, I wrote a piece for the journal World Affairs that in the current climate of recrimination would no doubt be considered “pro-torture,” though my aim was to look rationally at a subject that tends to elicit emotional outcries rather than careful thinking. The report of the Senate Intelligence Committee has provided us with an abundance of new information that wasn’t available before (“rectal feeding” has now entered the public discourse), but on the essential moral and philosophical issues, it really has nothing new to say. About these essential issues the arguments never change. I’d like to examine a few of them in the light of the Senate report and the public controversy that has ensued.

Is torture morally wrong at all times and under all circumstances?

Like all absolutist views, this one offers great comfort to its proponents because it absolves them of the necessity of thinking through both the complexities and ambiguities of particular situations and the actual consequences of their positions. Adherence to absolute principle trumps any reflection on how the real world works. In this sense, the anti-torture position is the equivalent of the famous — and inhumane — doctrine Fiat justitia ruat caelum, “let justice be done though the heavens fall.”

The well-known “ticking bomb scenario” is a necessary component of any serious debate over torture. What should the President of the United States do if he learns that a bomb is set to go off in a big city and the authorities have in their custody a man who probably knows its location? Or to raise the stakes: the bomb is a nuclear weapon and the suspect knows “with a high degree of certainty” where it is. The moral high ground is not necessarily occupied by those who would oppose torturing him.

Critics of the ticking bomb argument contend that the scenario is a fraud, science fiction, because it would never arise in the real world. Can anyone be sure? We’re not imagining aliens from outer space. How many years will it be before terrorists are able to smuggle nuclear-armed suitcase bombs into the United States? No one knows.

That is the future, but even speaking of the recent past, authorities were faced with a version of the ticking bomb following 9/11. Every day the president was receiving a report called the “threat matrix,” listing every threat to the United States within the past 24 hours, including possible targets and perpetrators, along with assessments of each threat’s credibility. George Tenet, then the head of the CIA, stated: “I’ve got reports of nuclear weapons in New York, apartment buildings that are gonna be blown up, planes that are going to fly into airports. … Plot lines that I don’t know — I don’t know what’s going on inside the United States.” Fears were at their utmost not only in the days and weeks after 9/11 but also one year later, on the anniversary of the attacks.

In “The Terror Presidency,” one of the most nuanced insider accounts to emerge from this period, Jack Goldsmith, the head of the Office of Legal Counsel from October 2003 to June 2004, describes the nonstop arguments that were going on within the Bush Administration between those who wanted to take whatever steps they considered necessary against terrorism and those who were concerned about balancing security with legality. Goldsmith is one of the real heroes of this time. He stood up to the whatever-it-takes mentality of Dick Cheney’s office and the Department of Justice in an effort to achieve a proper balance. Nonetheless, he also concludes his book by saying that for generations to come, the presidency “will be characterized by an unremitting fear of devastating attack, an obsession with preventing the attack, and a proclivity to act aggressively and preemptively to do so. The threats have such a firm foundation in possibility, and such a harrowing promise of enormous destruction that any responsible executive leader … must assume the worst.” That is to say, torture may not only be part of our past, it may also be part of our future.

What do we mean when we use the word “torture”?

In August 2002, the Justice Department delivered an opinion to provide legal cover for the interrogations of the CIA and other government officials, the notorious “torture memo.” It limited the definition of torture only to the kind of pain “associated with a sufficiently serious physical condition or injury such as death, organ failure or serious impairment of body functions.” It seemed to permit activities — like burning someone with cigarettes or pulling out his fingernails — that are so clearly torture by anyone’s definition that it reminds us why normal people hate the obfuscatory legalisms of lawyers. Goldsmith called the memo a “blank check,” and he rescinded it when he was in a position to do so.

But however hamfisted and self-serving the torture memo was, it was wrestling with a question that has tended to get lost in the current commotion. Interrogations can include a wide range of unpleasantness, but not all of it would necessarily be labeled “torture.” Is shaking a suspect torture? Or slapping him? What about solitary confinement? It seems wrong, a distortion of language, to use the same word for playing loud music in a suspect’s cell and subjecting him to genital mutilation. That is why the Convention Against Torture, the international agreement signed by the United States in 1988 under President Reagan, made a distinction between torture as such and what it called “cruel, inhuman and degrading treatment” that was not torture. That is also why supporters of the Senate report speak broadly of torture and why the opponents prefer the phrase “harsh interrogations.” The language matters.

Where should the line be drawn? No one can say. When the Senate ratified the Convention Against Torture, it defined “cruel, inhuman or degrading” as those acts that “shocked the conscience” — a hopelessly imprecise phrase dependent, among other things, on particular circumstances. Under the ticking bomb scenario, interrogators might go a long way before shocking the conscience (and, of course, as we are now witnessing, with the comfort of hindsight and with any sense of crisis dissipated, consciences are more easily shocked). Is waterboarding cruel and inhuman? Those members of Congress who learned about it when it was being employed don’t seem to have had their consciences shocked.

Among anti-torture absolutists, it’s a widely held conviction that torture never works, and that any information a suspect might provide will be worthless. This is an assertion that serves two purposes. First, it closes down all discussion because if torture (or harsh interrogations) never works, then the only people who support it are either deluded or sadistic. Second, it enables the anti-torture absolutists to avoid any moral quandaries by melodramatically, even childishly, lining up all good things on one side of the ledger and all bad things on the other. “Torture Doesn’t Work” is a bedtime story. It’s obviously possible to believe that torture can work and still consider it immoral. That, at least, is an adult position. The problem with it is that it throws us back to the ticking-bomb scenario and the question of whether torture (however defined) is immoral under all circumstances.

There is a straightforward empirical issue here as well. One of the sharpest divisions among the reactions to the Senate report is between those who say no useful information was obtained from the CIA’s harsh interrogations and those who say American lives were saved because of the agency’s practices. The truth is that in the absence of startling new revelations, we will probably never know. But just because we may not be able to reach a firm conclusion about the CIA interrogations doesn’t mean we can’t state with confidence that torture does work — not in all cases and with everyone, but in some cases some of the time.

The claim that torture never works is in truth outlandish, flying in the face of the evidence. A bit of reading in the literature or a Google search will turn up example after example of effective torture. At the time I was writing my torture article, I happened to be looking at a book about a small group of German opponents to Hitler. When they were arrested by the SS and tortured, some of them held out and others broke. Sometimes the Nazi torture worked, sometimes it didn’t.

A different kind of evidence is provided by the French resistance to the Nazis. Cell members were instructed that if they were captured, they should try to hold out for at least 24 hours, long enough for the underground to make new arrangements and evade their Nazi pursuers. Try to imagine someone at a resistance meeting assuring his colleagues that they had nothing to worry about because torture never worked. It’s a ludicrous thought.

Finally, it’s useful to look at this question from the inside out. The first time I heard someone, a human rights activist, make the argument that torture didn’t work, I sat there wondering: Was I the only person among the 6-7 billion people on the planet who didn’t know if he would break under torture? Frankly, if I were a member of a resistance group, I’d have more confidence in those colleagues who were unsure how they would respond than those strutting around with barrel-chested confidence that they would never crack. The claim that torture doesn’t work indicates a remarkable lack of self-awareness and an enormous degree of self-regard.