Torturing the Rule of Law 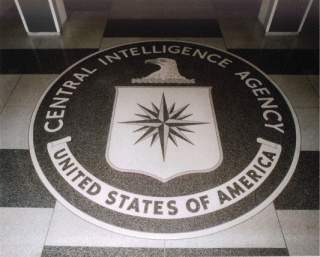 THE FIRST great object of a constitution, believed many of the Framers of the United States Constitution, is to enable the government to protect the people from external attack. Relative to the track records of other countries, the U.S. government’s success rate in that regard has been little short of astonishing. Through 225 years of threats from air, sea and land that have claimed hundreds of millions of lives in other countries, only a tiny handful of Americans have fallen victim to such attacks. So remarkable has been the government’s record that in the aftermath of the tragedy of September 11, 2001, Americans were at a loss to recall the last major deadly attack within North America (in June 1876, when Sioux Indians wiped out Custer’s cavalry at the Battle of the Little Big Horn, killing more than 250). Few today are surprised to learn that lightning strikes have killed more Americans in the last twenty years than terrorist attacks.

Enabling the government to protect the people, however, is hardly the Constitution’s only purpose. Its second great object, the Framers believed, is to protect the people from the government. In this respect, the risk has risen considerably, for the greater the government’s capacity to protect against external threats, the greater the internal threat from the government itself. The Framers sought to meet that internal threat in part by setting up a system in which the three branches of the federal government, in competing for power, would produce an equilibrium that would guard against autocracy. But today that equilibrium has largely broken down. In July, the CIA acknowledged that it had spied on its Senate oversight committee and then lied about it. Given the emblematic significance of that event, a brief recap is in order.

In 2009, the Senate Select Committee on Intelligence initiated a study of the CIA’s rendition, detention and interrogation activities. The CIA itself installed computers at a CIA facility for use by the committee staff in reviewing relevant documents. Some of the information on the computers was understood to consist of Senate documents and as such its availability was restricted to the committee staff. Nonetheless, five CIA officials—two attorneys and three information-technology staff members—surreptitiously accessed the documents. Following a related dispute with the committee staff, a CIA official accused that staff of crimes and filed a report with the Justice Department (which itself turned out to be based on inaccurate information).

In response, Senator Dianne Feinstein, chairman of the committee, took to the Senate floor in March 2014 to say that “CIA personnel had conducted a ‘search’—that was [CIA director] John Brennan’s word—of the committee computers . . . of the ‘stand-alone’ and ‘walled-off’ committee network drive containing the committee’s own internal work product and communications.” In addition, she said, the agency had removed files from the committee’s computers, read its staff members’ e-mail messages and tried to intimidate them. Brennan, however, was quick to deny any wrongdoing by the agency. “Nothing could be further from the truth,” he said. “I mean, we wouldn’t do that. I mean, that’s just beyond the scope of reason in terms of what we would do.”

On July 31, four months later, the CIA inspector general issued a one-page statement confirming the spying. Brennan apologized to Feinstein and the committee’s vice chairman, Senator Saxby Chambliss (though not to the committee, the Senate, the president or the public). President Barack Obama proceeded to assert his “full confidence” in Brennan. The CIA announced that a panel would be set up to look into the matter, including, presumably, Brennan’s own role. Its members would be selected by Brennan. Though the Justice Department declined to investigate, major questions remained unanswered. Who ordered the search? How many intrusions occurred? Who within the CIA was given the purloined documents? Were they transmitted beyond the CIA? Who within the White House, if anyone, was informed of the CIA’s searches? When did the White House learn of them? And what action did it take then?

This was not the first time that Obama had failed to take disciplinary action in response to a senior intelligence official’s public falsehood. Director of National Intelligence James Clapper, the official Obama designated to oversee the declassification of the torture report, testified on behalf of the Obama administra­tion before Feinstein’s committee on March 12, 2013. He was asked directly about the National Security Agency’s (NSA) surveillance by Senator Ron Wyden. “Does the NSA collect any type of data at all on mil­lions or hundreds of millions of Americans?” Wyden asked. Clapper responded, “No, sir.” Wyden followed up: “It does not?” Clapper replied, “Not wittingly.” Following the Edward Snowden disclosures, Clapper admitted that his testimony was false. On June 9, 2013, he described his response to NBC’s Andrea Mitchell as the “least untruthful” statement he could give, suggesting that he had understood the question and deliberated on how it should be answered. (Unlike Clapper’s, Brennan’s statement was not made to a congressional committee and therefore was not subject to potential criminal penalties.)

EVEN WITH the little that was publicly known, it was clear that the legal implications of the agency’s spying on its Senate oversight committee were nonetheless significant. The Constitution’s separation-of-powers doctrine supposes three separate and independent branches of government that do not encroach upon the constitutionally assigned functions of each other, including the oversight responsibilities of legislative committees. The Fourth Amendment prohibits unreasonable searches and seizures. The National Security Act of 1947, which set up the CIA, prohibits the agency from performing any “police, subpoena, law-enforcement powers, or internal-security functions.” Executive Order 12333 prohibits the CIA from conducting domestic searches or surveillance. In addition, various statutes impose criminal penalties. The Wiretap Act, for example, prohibits the intentional, unauthorized interception of electronic communications. The Computer Fraud and Abuse Act prohibits intentional, unauthorized access to computers. In a March 5, 2014, letter to Wyden, Brennan acknowledged that this act applies to the CIA.

The CIA’s spying was thus no trivial staff quarrel requiring merely a personal apology. Willfully deceiving a governmental fact-finding body, whether a court or a congressional committee, undermines the integrity of the American legal system. In the constitutional design, these organs were intended to be the government’s portals to truth. To carry out their duties, they depend upon an accurate assessment of the facts. When they are misled, their work product is suspect; judicial opinions and legislative findings then rest upon falsehood. The body politic casts votes based upon misinformation, electing candidates who would not otherwise hold office. The entire system of constitutional and electoral checks on abusive power is thereby corrupted.

Those who mislead no doubt believe that they do so for a greater good, the protection of the nation’s security. They are mistaken. The CIA, the NSA and other elements of the military/intelligence community do not exist merely to prevent airplanes from flying into buildings. Their larger mission is to protect the nation’s democratic institutions and the rule of law established by the Constitution. When elements of the national-security apparatus deceive Congress or the courts, they feed the perception that the whole system is rigged and undermine the very institutions that it is their mission to protect.

Distrust of government tends to become generalized. People who doubt government officials’ assertions on national-security threats are inclined to extend their skepticism to other arenas. Governmental assur­ances concerning everything from vaccine and food safety to the fairness of stock-market regulation and IRC investigations (not without reason) become widely suspect. The protection of legitimate national-security interests itself suffers if the public is unable to distinguish between measures vital to its protection and those assumed to be undertaken for reasons of doubtful validity.

Further, it does not strengthen the United States in its relations with other nations to engage in deception. It weakens our government when its institutions are seen around the world as hollow or its officials as duplicitous. The United States’ historic advantage in its international relations has been not merely military or economic. It has been reputational. Legislative and judicial monitors that operate independent of the executive branch, that are able to call the military and intelligence agencies to task when they run amok, lie at the core of America’s reputation for a robust rule of law. Whether the United States thrives or declines in this century will rest in large part on its ability or inability to maintain democratic accountability by safeguarding the integrity of its institutions.

President Obama thus said more than he intended when he stated, referring only to torture, that “we did some things that were contrary to our values.” As Senator John McCain said, in some ways the spying incident was “worse than criminal.” Had Obama acted consistently with American values—had the system worked—the president would have dismissed Brennan the moment his mistruth became evident. The Justice Department would immediately have initiated an investigation to determine whether CIA officials had violated the law by spying on the committee. The committee leadership would have subpoenaed Brennan at once and called him to testify, under oath, about what he knew and when he knew it. Congress would have been incentivized to do so by an outraged public, informed and galvanized by a record of judicial opinions from cases in which the courts had heard public testimony about the duplicity, kidnapping and brutality that every knowledgeable observer knew had stained American counterterrorism policy.