TPP Was Doomed To Fail 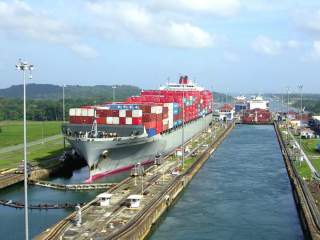 America’s exit from the Trans-Pacific Partnership should serve as a breakthrough development to spur widespread prosperity across the United States and build durable economic ties to the most promising and dynamic parts of Asia. This exit is far from signaling the death knell of U.S. regional leadership.

TPP died a slow, painful death when it repeatedly met the court of public opinion throughout the 2016 U.S. presidential election. Political figures Donald Trump and Bernie Sanders saw too many Americans left behind by a globalized economy. Many people forget that even pivot architect Hillary Clinton climbed on the anti-TPP bandwagon in 2015.

On his first full business day in the White House, President Trump signed an executive order officially withdrawing the United States from the twelve-nation Pacific trade pact and let his constituents know that he was fulfilling a campaign promise. By then, it was obvious that Iran had more paths to a nuclear weapon than TPP had to political approval within the American political body.

In retrospect, TPP was too slow, too complex, too top-down and too opaque. Many of us who supported both the pivot to Asia and TPP witnessed the leading indicators of its eventual demise. For example, the last administration put almost all of our economic eggs in the single basket of a multilateral trade accord. Additionally, it allowed negotiations to drag on until the election year and then sprang an indigestible legal trade agreement on a divided public.

It would be a compound mistake, however, to think that the moribund trade agreement was a do-or-die litmus test for American power in Asia. There is another way forward. President Trump can, through creative destruction, can leverage concern about TPP’s obituary to mobilize a consensus around a new strategy that may achieve higher growth, create more jobs, prepare a smarter workforce, rejuvenate American manufacturing and rebuild infrastructure.

Trump’s desire to put country first and concentrate on economic goals is in fact a quintessentially Asian strategy. Indeed, such an approach has not precluded China, India, Japan, South Korea, Singapore, Australia, New Zealand, Indonesia, Malaysia, the Philippines, Thailand, Myanmar or Vietnam, among others, from pursuing peaceful, economic-growth-oriented strategies.

So the Trump administration challenge in the wake of TPP is akin to its challenge with the Affordable Care Act: repeal it, but be sure to replace it with something that marks an improvement. After all, the Obama administration’s rebalance to Asia was an easier strategy than it was an executable policy.  In the end, it was perceived as too unidimensionally military, and implemented even though the Navy and Air Force were shrinking at the time. Additionally, the geoeconomic strategy was never fully enumerated or implemented.

This is not to point fingers at the last administration. Governing is much harder than it appears, and we live in a competitive and fragmented world. The election is over, and so is TPP. It’s time to rally around President Trump and help his administration develop a smart policy.

After all, the stakes for America are indeed huge. No one has changed the National Intelligence Council forecast, which projects that by 2030 the Asia-Pacific region will surpass North America and Europe combined when measured by Gross Domestic Product, population, defense spending, and technological research and development.

The United States must be do better if it is to regain a competitive advantage with a rising Asia. President Trump’s leitmotif of peace through strength—comprehensive economic power backed by a strong military used judiciously—offers a winning path if followed with tenacious but wise statecraft.

For trade, the focus will turn to bilateral opportunities, whether with the United Kingdom or with leading Asian powers such as Japan, India, Indonesia. Moreover, many of the information-age issues dealt with by TPP negotiators can be salvaged in new bilateral and trilateral pacts with Asian partners—issues that cover twenty-first-century questions about e-commerce, cross-border financial services, Internet communications and rules of origin. In this way, some of the hard work of the Obama administration can be repurposed for more smaller agreements tailored to mutual interests.

This will take time, and 2017 is sure to begin as a setback for U.S. leadership in Asia. This is particularly true because China’s Xi Jinping is poised to unfurl a series of high-level meetings that he hopes will solidify his leadership and the legitimacy of the Chinese Communist Party at the Nineteenth Party Congress at the end of this year.

China’s carefully charted course began in Davos, Switzerland, where Xi pretended to embrace China’s leading role over the global economy. Much the same was said about Wen Jiabao in 2009, during the financial crisis. It will carry forth to the massive One Belt, One Road Summit in China in May. That is when China hopes to show how it has rented influence over its smaller neighbors, among other things. Then, in September, China will host a BRICS summit in Xiamen. By the time of the midpoint of Xi’s tenure, the CCP conclave should affirm the rule of the strongest Chinese leader since at least Deng Xiaoping.

Less clear is whether Beijing will move away from predatory industrial policies or an unlevel playing field with respect to business investment. Can Beijing stop fueling a growing debt in order to sustain short-term economic growth? Will it be able to enact the kind of reforms so many have called for in recent years? Either way, the United States is locked in a growing competition with China—not all zero-sum by any means, but a competition all the same.

Some TPP signatories may well look to salvage TPP by asking China to take up the gaping hole left by the U.S. withdrawal. But this is a feint, as even many Chinese are well aware of their unwillingness to meet the standard required for membership.

The Trump administration needs to act with alacrity to replace the idea of TPP with a serious vision for American economic and security engagement with the Asia-Pacific region. Aspiring to 4 percent economic growth at home while revitalizing the military may allow him to achieve the intended benefits of the pivot through somewhat different means. Out of the ashes of the Trans-Pacific Partnership, he can create a more vibrant and relevant United States that is vital to the twenty-first century’s most critical region.

Dr. Patrick Cronin is Senior Director of the Asia-Pacific Security Program at the bipartisan Center for a New American Security.