Trade Troubles: China Is Poised to Bring Down the Global Economy 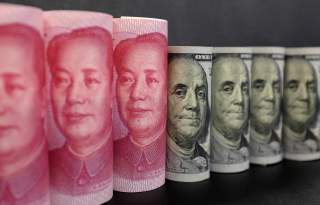 Soon, as Stevenson-Yang told me, Beijing will be in a position where it may not be able to contain the situation. It has in recent months defended its currency by selling dollars, and China has large reserves. Yet those reserves—officially stated as $3.11 trillion at the end of June—are certainly not as large or as liquid as claimed, so they may ultimately prove not to be big enough to stem panic.

Beijing contained the situation in 2008. It stimulated its way out of a crisis it had created. Many say that lax regulation in the United States “caused” the global downturn, but the intellectually curious may want to ask why regulation failed in a nation known to have a strong regulatory system.

The answer is that American regulation—and regulators—were overwhelmed by a global tide of liquidity. That tide was the direct result of China, through mercantilist policies, accumulating trade surpluses and through other policies keeping much of the resulting cash out of the hands of the Chinese people.

Beijing invested those surpluses in U.S. debt and, as a result, liquidity flooded the United States. Like in China now, too much liquidity found its way into unproductive investments. During a period of “irrational exuberance”—the term popularized by former Federal Reserve chief Alan Greenspan—most everyone became giddy, like investors did in the 1920s.

The United States was the first to suffer in the last great downturn. In the next one, it will be China’s turn. After a decade of poor investments and over stimulation, Beijing will not be able to spend its way out of crisis.

In effect, China did not escape the 2008 crash. It merely postponed it—until now.

So it looks like Beijing is bringing down the global economy again. This time, the biggest victim will be China.