A Tragedy: In Iran, Someone Is Throwing Acid on Women 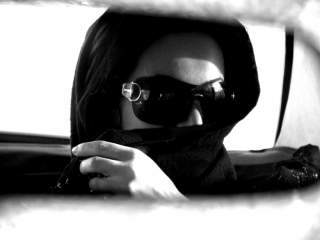 Tehran’s former police chief summed up best the Iranian establishment’s response to a spate of acid attacks by men on motorbikes that have left several women in Esfahan disfigured and one dead. “Highlighting the acid attack incident helps enemies to take advantage of the situation,” said Ahmad Reza Radan, who as police chief oversaw a crackdown on women that fall foul of the state-enforced Islamic dress code. "Exaggerating the acid attacks is worse than attacks themselves."

Although several figures, including Hassan Rouhani, Iran’s president, have called for the “harshest possible sentence” for the perpetrators, three weeks after the first attacks the people of Esfahan remain in the dark about who is responsible and whether they remain at large. Even the number of women attacked remains a mystery—media reports put the number between eight and twenty-five.

Iran has responded to the attacks by seeking to arrest protesters in Tehran and Esfahan for action and five journalists at the Iranian Students News Agency, a newswire that gave the protests significant play, including photojournalist Arya Jafari, who was released on bail on November 3. Around 130 journalists signed an open letter appealing for his release.

Hardline media have labeled publications as “anti-revolutionary” that “make fuss” over the attacks as they provide ammunition for “foreign countries [the West]” to demonize Iran. Javan, a paper close to the Islamic Revolution Guard Corps (IRGC), called on the judiciary to intervene and deal with such outlets.

Meanwhile, speculation is at fever pitch in Iran about who was behind the attack. Prosecutors, policemen and clerics have variously blamed “madmen,” British spies, agents of the Islamic State of Iraq and al Sham (ISIS) and the “sedition,” the opposition movement that sprung up in 2009 after the reelection of Mahmoud Ahmadinejad. Authorities say that they have arrested over forty suspects, including several women, but have not pressed any charges. This week, one such suspect appeared on state-controlled television, back to the camera, alleging that he had been influenced by BBC Persia and Voice of America, the bêtes noires of the Islamic Republic.

In the absence of official explanation and contradictory official statements, many in the Islamic Republic believe the authorities are protecting guilty elements within the system. The finger has been pointed at the Basij force, a youth paramilitary force formed by the IRGC to fight Iraq in the 1980s, whose name has become a catch-all term for ideological zealot in the security services, prompting a sharp denial from the head of the force on November 30. This blind fear might not be completely misplaced—the shadowy rightist paramilitary group Ansar-e Hezbollah recently threatened direct action on what they describe as an onslaught by women on Islam.

“I have not left the house since I heard the news,” Taharah, a female taxi driver from Esfahan told the National Interest. “People say that some of the victims were taxi drivers so it is not worth the risk. My daughter still goes to university but now she wears a chador (full Iranian-style veil) because people think the men who threw the acid are Basij.”

The fact that the attacks took place as the Majles voted to approve articles of a bill on "enjoining virtue and prohibiting vice", which protects vigilantes and paramilitary forces harassing people for practicing “un-Islamic behaviour” (“bad hijab,” etc.), has been used to support attacks by commentators on the government and by the government on foreign agents.

Hijab politics has returned as a hot issue, because social reformists are propping up the government, which has irked many hardliners in the clerical class, judiciary and the security services.

“From the early years of the revolution the red lines for what is considered bad hijab have receded further and further,” explains a politics professor from Tehran. “Many hardliners believe that the whole system rests on their ability to cover up a portion of women’s hair so they will put up a big fight for the last few inches of it.”

Acid attacks in Iran are relatively rare compared to many of its neighbors, particularly in Afghanistan and Pakistan. In 2004, Ameneh Bahrami was blinded in both eyes after a man she rejected threw acid at her face.

Arron Reza Merat is an EIU Iran analyst and former Tehran correspondent for the Economist.