Transatlantic Clash of the Titans: What America and China Will Fight Over Next 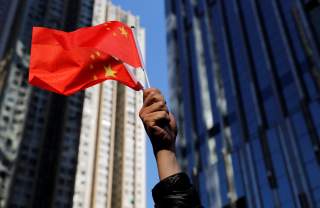 Contrary to what the NATO summit meeting last December might have indicated, China will hardly become the new glue holding the transatlantic alliance together. On the contrary: The emerging Sino-American world conflict bears the risk to drive the United States and Europe further apart since threat perceptions and responses on both sides of the Atlantic will continue to differ.

For sure, the perception of China in Europe has changed. European policy towards China has long followed the liberal integrative approach. It was based on the optimistic expectations that in the process of integration China would be socialized into a constructive international actor and that economic modernization would lead to political liberalization. Hopes of political liberalization have been dashed. China's influence in and on Europe is clearly noticeable. Sometimes it makes a uniform position impossible when it comes to human rights or China's claims in the South China Sea. China is no longer seen primarily as an economic opportunity in Europe. A European Commission paper from March 2019 expressed a changed view, calling China a “cooperation partner,” an “economic competitor” and a “systemic rival promoting alternative models of governance,” depending on the policy field. However, a more skeptical view of China does not mean that the zero-sum approach of the Trump administration is very popular in Europe.

China’s rise affects the United States and Europe to different degrees. In the United States, the actual and expected increase in Chinese power has caused status anxieties. China is perceived as a long-term threat to the international leadership position of the United States and the security and economic privileges resulting from being the number one. This competition for influence is mixed with an ideological antagonism that has recently become more prominent on the U.S. side since it is tempting to highlight the ideological difference in order to mobilize sustainable domestic support for a costly long-term competition. This mixture of status competition and ideological difference alone gives the conflict syndrome its special character. Since the United States and China perceive each other as potential military adversaries, security dilemma dynamics shape the relationship. With China seen as a global strategic rival, the economic logic has given way to a security policy logic with its dominant concern about the relative distribution of gains and about the negative consequences of economic interdependence for preserving the technological basis of military superiority.

There is neither a status conflict nor a global competition for influence between Europe and China. Moreover, no security dilemmas shape the relationship. Thus, security concerns do not overshadow all areas as it is in the case of the Sino-American strategic rivalry. Europe cannot significantly influence this rivalry. However, its consequences can be dramatic when the economic interdependence between the United States and China dissolves, economic blocs or closed economic spaces emerge and a process of economic de-globalization begins. In the course of such a bipolarization of the international system, Europe would find itself in a difficult situation. Washington's pressure on its allies to take a stand in the intensifying Sino-American conflict and clearly side with the United States will grow rather than diminish.

The United States will certainly try to integrate Europe into its China policy in order to prevent European technology from strengthening the global rival. The United States wants to secure its lead in the militarily relevant high-technology competition with China. Denial of advanced technologies is seen as a means of hindering and slowing down China's military technological progress. Without the integration of the European allies in an export control regime, China could in many cases switch to high technology from Europe. Whether this means a return to a kind of CoCom (Coordinating Committee for Multilateral Export Controls) does not yet seem clear on the American side.

In CoCom, which ceased its activities in 1994, the United States and its allies coordinated export controls vis-à-vis the communist states during the Cold War. The dissolution of CoCom also marked the end of transatlantic coordination on the control of civilian and military technologies supplied to China. CoCom's “successor,” the institutionally much looser Wassenaar Arrangement on Export Controls for Conventional Arms and Dual-Use Goods and Technologies, does not target specific countries or groups of countries. The European allies had no interest in restricting dual-use technologies in trade with China. The United States maintained export controls on China. Since the 1990s, however, Washington has held the view that strict export controls could only play a very limited role and that too strict an approach would reduce the profits and, indirectly, the innovative capacity of American firms.

If, as it seems, export restrictions become more important in U.S. policy toward China, then Washington has two (not mutually exclusive) options for involving other states. On the one hand, Washington can try to work out a multilateral export control system in presumably laborious negotiations with its allies. On the other hand, the United States can use the extraterritorial levers of its export control system and its sanctions laws to force European companies to choose between the American and the Chinese market. In the case of Iran, the Trump administration has already clearly demonstrated their effectiveness to its allies.

Peter Rudolf is a senior fellow at Stiftung Wissenschaft und Politik (SWP), the German Institute for International and Security Affairs, which he joined in 1988. He received his doctorate degree in political science from the University of Frankfurt am Main in 1989. He worked as an APSA (American Political Science Association) Congressional Fellow in Washington, DC and held research posts at Frankfurt Peace Research Institute and the Belfer Center for Science and International Affairs, Harvard University.