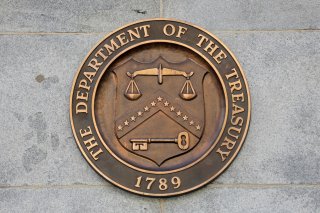 The Treasury Department formally released its year-in-the-making and long-awaited review of U.S. sanctions policy on October 18. As asserted in the document, and in a roll-out event at the Center for a New American Security that was attended by Deputy Secretary Wally Adeyemo, the review included a long series of consultations with a variety of stakeholders and experts to conduct a top-down comprehensive review of sanctions. But what emerged was somewhat shallow. Its attention, or lack thereof, to humanitarian issues associated with sanctions disappointed many advocates and non-profits, but its outlook on the problems with America’s sanctions approach also left much to be desired.

There are some positive aspects to this report. The document does acknowledge various issues with regard to U.S. sanctions strategies. It argues that sanctions implementation should be part of a coherent overall strategy and that it should include “clear criteria” for the use of sanctions. It emphasizes the need for clarity in the development of sanctions and the coordination with U.S. allies. Unfortunately, aside from the lack of details, which would be expected from a document only seven pages long, it also undercuts some of its most important recommendations.

Not Rocking the Boat

Historically, sanctions scholars have viewed sanctions as a means of causing policy modification in the target state, either through restoring some status quo ante or some kind of compromised agreement. But some of the recent literature and opinion have identified the weight of seeking retribution in Washington’s sanctions-related decision making over policy modification. This is at least one major reason for the reckless proliferation of sanctions often without consideration for consequences and divorced from strategic logic. It is also what raised some alarm outside the beltway and prompted a Congressional request for this analysis.

If anything, the review seems supportive of the mentioned trend by describing the purpose of sanctions as to “deter or disrupt behavior that undermines U.S. national security and signal a clear policy stance.” This sets a very low bar that any sanction or sanctions campaign, unless entirely incompetent, can theoretically clear in some way even if it fails to advance U.S. interests. Under this rubric, Washington’s various maximum pressure campaigns, now being pushed forward under a new administration, can be deemed “effective” as they have certainly disrupted and signaled, albeit also being severely counterproductive to U.S. interests in the calculation of most observers.

When outlining when sanctions should be used, the review sees little reason for limitations. It says sanctions should be used in cases such as “countering forces that fuel regional conflict, ending support to a specific violent organization or other malign and/or illicit activities, stopping the persecution of a minority group, curtailing nuclear proliferation activities, enhancing multilateral pressure, or ceasing specific instances of atrocities.” Without very much overinterpretation, there is hardly any U.S. national security challenge or power projection adventure that cannot be fitted into one of these categories.

When pondering whether the use of sanctions should require more international cooperation, the review strongly encourages cooperation, as U.S. officials always have, in the abstract but seems reticent to meaningfully consider the preferences of even America’s own allies. What many other countries around the world, including and especially America’s allies in Europe, have requested of Washington is that it partner with them rather than imposing secondary sanctions and then pressuring them to follow along or complain softly.

The review says the United States should work through the United Nations when “possible and appropriate.” This is not the multilateral approach U.S. allies have demanded of their senior partner. Rather, it’s a reflection of the “assertive multilateralism” approach that has been the core of U.S. policy since at least the end of the Cold War. Under this framework, the United States acts as it wishes, and others join it and entertain limited concessions to allies on occasion, such as providing them with temporary licenses.

One could argue that the Treasury Department placing many of the concerns about sanctions in a formal document is itself valuable—though it is not the first time it has done so. The Atlantic Council’s Daniel Fried and Brian O’Toole argue that provided this effort is expanded and scaled out with verifiable policy goals, it can address many issues. But I believe that this ignores the more structural political problems.

For example, it’s hard to imagine any meaningful effort by the Treasury to make the language of sanctions clearer. The vagueness of the sanctions is a significant part of what makes them effective at creating harm. Banks and firms, confronted by ambiguous mandates, have no choice but to over comply in order to ensure compliance and avoid falling into the Office of Foreign Asset Control’s (OFAC) sights. As sanctions expert Richard Nephew stated, “When actively sanctioning, this level of ambiguity can be helpful to impose sanctions, creating an incentive for over-compliance.” Clearer or broader humanitarian exceptions are likely to be just as ineffective as the most potent financial sanctions often render them effectively unusable. Many in Washington clearly see the harm of exacerbating the Covid-19 outbreak in countries like Iran as an asset rather than a problem to be addressed.

As mentioned, the review does include some positive prescriptions. But to be clear, these recommendations have been made by academics and policy professionals for decades. Daniel Drezner is right in that these recommendations may constitute an appropriate framework for improvement. But that would require converting decades-old guidance into something approximating actionable advice. Treasury had an opportunity to, in some way, argue that the United States needs to put some guardrails around its use of financial statecraft.

Treasury could have proposed that coordination with allies begin in the decision-making and design phase. It could have made lawmakers aware that sanctions are effective in some cases and for some purposes and not others. It could have outlined the gravity of some of the more destructive comprehensive campaigns. Instead, it stopped short of doing any of that and, in fact, seems to more often affirm the post-Cold War status quo.

The attractiveness of the sanctions weapons lies in its ability to strike at America’s adversaries, whether in pursuit of policy modification or just simple revanchism, in ways that are emotionally cathartic and an asset on the campaign trail. It has had an undeserved reputation for effectiveness since the end of the Cold War that has only soared over time. The review prominently echoes the triumphalist and problematic “sanctions brought Iran to the table” rhetoric with no nuance or introspection considering the failure of the maximum pressure campaign. The review even repeats former Secretary of State Mike Pompeo’s highly questionable claim that sanctions have cratered Hezbollah’s finances. As the efficacy of military options is called into question, the United States is set to become further reliant on sanctions often, it seems, to avoid having to acknowledge failure. The maximum pressure campaign against Syria is an obvious example of that.

Put simply, much of the concerns acknowledged by the review, including the notion that over-sanctioning can provoke balancing behavior against the U.S. dollar and financial system by actors around the world—friend and foe alike—cannot be addressed without a discussion of over-sanctioning. Whether the Treasury Department and OFAC have the capacities required to engage with these issues is up for debate. However, if Treasury is, as it has long insisted on being, the combatant command for sanctions, it must be willing to in some way. Unless these political issues are addressed, this document is more likely to be remembered as an affirmation of the status quo than a framework for change.

Alireza Ahmadi is a scholar of geoeconomics and geopolitical focusing on sanctions and U.S. foreign policy towards the Middle East. His work has been published by The Diplomat, The National Interest, Palladium Magazine, and others. Follow or contact him on Twitter or LinkedIn.