A Tribute to Charles Hill 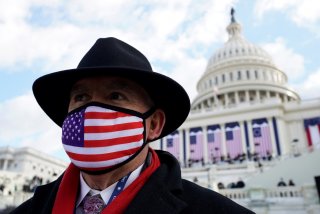 An old adage warns us that people who stand for nothing fall for anything. March 27, 2021, marked the passing of a great Cold War diplomat and professor who stood for something: Charles Hill. From his time as a young China watcher during the Sino-Soviet split to his experiences as a career diplomat and trusted adviser to former U.S. Secretaries of State Henry Kissinger and George Shultz, President Ronald Reagan, and U.N. Secretary-General Boutros Boutros-Ghali, Hill committed his life and teaching to the cause of upholding world order.

As a Yale professor, he co-founded the Brady-Johnson Program in Grand Strategy with John Lewis Gaddis and Paul Kennedy and pushed his students to think critically about the competing forces of world history. In his book Grand Strategies: Literature, Statecraft, and World Order, he argued that effective leaders made sound strategic decisions because they could “sense the course of history.” He called this a strategist’s “sixth sense”—the ability to “size up the situation at one glance and decide how to incorporate it, or not, into your grand strategy.”

To this end, Hill pushed his students to study oratory, geography, literature, classics, and philosophy. He viewed these disciplines as integral to leadership, diplomacy, and strategy—despite the fact that the many universities and public policy schools had long abandoned them. To Hill, the idea that policy schools would purport to teach “diplomacy” but fail to introduce students to the time-honored arts of great diplomats was irrational. For Hill, strategy was not political science; it was more of a philosophy of history.

The central theme in Hill’s philosophy of history was that the international state system is under siege by modern-day empires and revisionist powers. A rising China, revanchist Russia, revolutionary Iran, and resurgent right-wing extremism in America threaten the international state system. In Hill’s view, America is the only nation with the creed, capacity, and coalitions congruent with establishing a balance of power that preserves world order.

To be sure, America cannot and should not extinguish any and every threat to the international state system. Prudent strategy requires an ecological view of tectonic shifts, prioritizing objectives, building coalitions, balancing opposing forces, and not losing sight of America’s highest national interest: preventing threats to order and liberty at home.

Hill would often point to Alexander Hamilton as an American strategist who understood well that the demands of statecraft must trump soulcraft. As the Jeffersonians pushed for America to support the French Revolution, Hamilton argued that American involvement would lead to a war “with greater dangers and disasters than that by which we established our existence as an independent nation.” The survival of the fledgling American republic was more important than the rigid pursuit of ideology through military adventurism.

At the same time, American leaders must not become paralyzed by the fear of war. The first rule of strategy, Hill noted, is to “never tell your opponent what you are not going to do.” Today, the word diplomacy has lost meaning. For too many, its practice has become synonymous with accommodation, concession, détente, or even appeasement. But historically, the purpose of diplomacy has been much more: to extract concessions, forge coalitions, and construct international rules and procedures. Accommodation was not its sole purpose. In the Cold War, Paul Nitze argued that American diplomacy was analogous to Niels Bohr’s principle of complementarity. As Hill explained, America would need to be “adversarial and accommodating at the same time.”

Absent meaningful diplomacy and strategic foresight, world order can collapse in three different ways. First, America surrenders its leadership role out of a fear of war. Second, America sleepwalks into a nuclear war through miscalculation. This war, Reagan famously noted, that “cannot be won and must never be fought.” And third, despotism emerges in America.

The remedy to the first is American economic, diplomatic, scientific, and military strength. The remedy to the second is the marriage of prudence with deterrence. The third, however, will require nothing short of a societal renewal of America’s commitment to law, national service, and civic engagement.

If despotism were to “spring up amongst us,” as Lincoln argued in his Lyceum Address, then “we must ourselves be its author and finisher.” The collapse of American democracy would pose the greatest threat to world order in a trial of a thousand years, and thus America must stand for something, so it falls for nothing.

Daniel Khalessi is a J.D. Candidate at Stanford Law School and a former student of Professor Hill’s in the Yale Brady-Johnson Program in Grand Strategy.