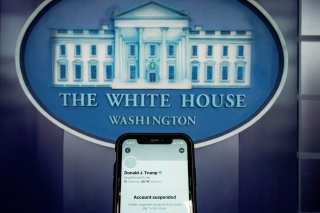 Twitter’s decision to ban a sitting U.S. president raises an intriguing question for the new Biden administration: should foreign leaders sanctioned for human-rights abuses, drug trafficking and gross corruption, and crimes against humanity be booted from social media? The answer is yes. It’s time to update the U.S. foreign policy toolkit for the social media age. Much as visa privileges and access to the U.S. banking system are routinely denied for sanctioned individuals, access to relevant social media should also be treated as a privilege, not a right.

Obvious targets for social media denial would be senior officials of countries designated as State Sponsors of Terror or otherwise under significant sanction, including individuals designated under the Global Magnitsky Act. It is astounding, for example, that despite significant U.S. foreign policy interests and severe existing sanctions, Iran’s leader Khamenei is able to tweet without consequence about the destruction of Israel, and Venezuela’s Maduro can use Twitter to threaten harm to the leaders of the internationally-recognized democratic opposition. If this isn’t incitement to violence, it’s unclear what actually would be.

Three significant objections to implementing such a policy stand out. The first is the symbolism of denying free speech rights to foreign officials even as the United States claims to stand for free speech, as well as the “right” of the United States to take such steps. But we are not talking about free speech for people generally or censoring ideas that Washington may not like, and certainly not for U.S. citizens. We are not talking about restricting access to non-U.S. social media platforms over which the United States has no jurisdiction. Rather, the targets are foreign officials already under U.S. sanction for egregious abuses and who may be using U.S.-based social media, among other tools, to maintain power and control over their citizens and security forces and to project an image abroad that fuels the energies of international supporters and fellow-travelers, undermining core U.S. foreign policy interests. Individuals such as Khamenei, Maduro, Cuba’s Diaz Canel, North Korea’s Kim Jong-un, and Syria’s Bashar al-Assad and their respective inner circles and propaganda mouthpieces. In any event, sanctioned leaders are not guaranteed First Amendment protections under U.S. laws and can have no expectation of such rights and freedoms particularly when engaged in crimes against humanity.

The second obvious objection is that Twitter, Facebook, Instagram, and the like are private social media platforms and must remain independent from government authorities. So long as the “community standards of use” policies of each platform are generally adhered to, the argument goes, the government has no business policing who can use what platform. But in the realm of foreign policy, the government tells private entities all the time whom they are allowed to do business with. By definition, sanctions against Cuba, Iran, North Korea, Syria, and Venezuela, among others, severely limit the ability of U.S. corporations to engage in commercial activities there. For their part, social media companies monetize users’ personal information and are therefore engaged in commercial activities in sanctioned nations so long as they have users there. They should be bound by the same rules as, say, energy companies and financial institutions.

Where it gets tricky is in nations where authoritarian leaders exert strong influence or control over traditional media sources, and social media is sometimes the only way for opposition movements to organize and coordinate actions. Outright bans against nations and their populations would be counterproductive. Rather, the policy would better be applied only to senior individuals in targeted regimes.

Finally, there is the knotty issue of which individuals specifically should be prevented from access to social media, and whether such categories won’t expand to include officials from regimes that Washington simply doesn’t like or those who may be promoting policies that may not rise to the level of criminality or crimes against humanity but rather amount to little more than differences on social issues, say, or climate change and the environment, or other areas of disagreement, no matter how intense. There must therefore be strict policies and guidelines that focus on those who are credibly accused of legally-sanctionable behavior. A presidential “finding” or Congressional action may be warranted to define the specific, narrow, and very rare instances when the social media sanction should be applied in furtherance of U.S. foreign policy goals.

The way in which authoritarians abroad use social media is somewhat akin to the manner in which Adolf Hitler used the then-emerging radio technology to appeal to the German people above the heads of the traditional media of the time. Without radio, he still might have become chancellor, but at least it would have been more difficult. So it is with State Sponsors of Terror and human-rights abusers. Without the oxygen of mass communications, their actions, including remaining in power, become markedly more difficult. There is no legal or moral obligation for the United States, or its social media companies, to assist them in their efforts.