A True Solution to the Tragedy of Ukraine 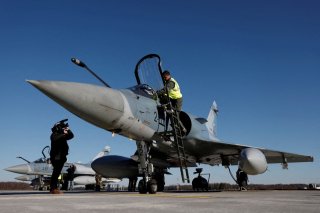 There are multiple levels to the conflict in Ukraine.

At one level, it is a conflict between the United States and Russia over whose sphere of influence Ukraine belongs to. As Carl Gershman, then president of the congressionally funded National Endowment for Democracy put it in 2013, “Ukraine is the biggest prize.” If it could be pulled away from Russia and into the West, then “Putin may find himself on the losing end not just in the near abroad but within Russia itself.”

At another level, however, it is a conflict between Russian and Ukraine elites over whether their relations should be friendly or antagonistic. In Russia, antagonism is fueled by the fear that the Far Right, which has grown in influence since 2014, will drive Ukraine into becoming an “anti-Russia.” In Ukraine, antagonism is fueled by the fear that friendly relations with Russia will prevent the emergence of an independent Ukrainian national identity. As former Ukrainian president Viktor Yushchenko put it, “if Russians and Ukrainians are one people, then the Ukrainian people do not exist.” These mutual fears have prevented any meaningful dialogue.

Finally, and most importantly, it is also a conflict within Ukraine, between its historically more Russophile east and its historically more Russophobe west. This conflict over who gets to define Ukrainian national identity and its future has been going on for at least 150 years and has erupted in serious military hostilities inside Ukraine three times: during World War I and II and after the 2014 Euromaidan. Each time, violence erupted because external powers sought to tip the scales in their favor.

From my perspective, this internal conflict is the most important one, because resolving it would remove the main source of domestic tension that foreign actors have used to stoke the other two levels of conflict. It can only be resolved, however, by dialogue, compassion, and mutual reconciliation among Ukrainians themselves.

Why did Russia invade now? Because at every level, Russia’s strategy to date had ended in failure.

In the strategic conflict with the United States, Washington rejected the three fundamental security demands that Russia presented last November: no new NATO members, particularly Ukraine; no U.S. strategic weapons on Russia’s border; and a return to the pan-European security framework adopted by the Organization for Security and Cooperation in Europe in the late 1990s. This framework would have amounted to a mutual recognition of the interlocking nature of the security of all European nations, including Russia, and a pledge not to undermine the current balance of interests through NATO expansion.

In the conflict between Ukraine and Russia, meanwhile, Ukraine had turned its back on Russia. After Ukraine amended its constitution in February 2019 to make NATO membership a mandatory goal for all future governments, it effectively became a NATO military bulwark even without NATO membership. It was being armed to NATO standards and receiving NATO equipment and training, while Britain agreed to create and supply new naval bases in the Black Sea.

Finally, the eight-year conflict in Donbas had become a de facto war of attrition against the country’s Russophile population. The Minsk-II Process, which Russia promoted for seven years, envisioned a federal Ukraine with regional cultural protections for the Russian-speaking population. This was explicitly rejected by senior Ukrainian government officials at the end of 2021. Even before that, however, the country’s leading opposition politician, Viktor Medvedchuk, was arrested for treason. All major dissident (meaning Russophile) television and media outlets were shut down by the Ukrainian government. In essence, being a Russophile Ukrainian was now equated with being anti-Ukrainian.

Therefore, having lost all faith in the West’s willingness to reach a mutually acceptable compromise on its key security concerns, the Russian government felt that it had no choice but to pay the ultimate price: to get out of this hopeless situation, it had to reset the agenda. It chose to do so through a brute force invasion of Ukraine aimed at reversing the outcome of the 2014 Euromaidan.

Through a de facto regime change in Kiev, Russia seeks to impose neutrality and federalism on Ukraine, and thereby redress its disadvantages in all three levels of conflict simultaneously: At the strategic level, the United States would now be forced to heed Russia’s “red lines,” because it would understand that ignoring them means war. At the bilateral level, imposing neutrality on Ukraine effectively brings NATO’s military plans for the country to an end. Finally, in the crucial internal conflict, federalism effectively restores the balance of interests between eastern and western Ukraine to what they were before 2014.

Regime change is a very long, expensive, and bloody process. It is worth remembering that the United States, despite all its wealth and military resources, has never succeeded in accomplishing lasting regime change anywhere in the Middle East, despite more than twenty years of trying.

Likewise, what happens in Ukraine will ultimately be decided by the Ukrainian people. How many will see Russia’s invasion as an attempt to end their nationhood? How many will see the Russians as liberators from their eight-year nightmare? The suffering will be great regardless, for in war, as William Butler Yeats reminds us in The Second Coming, “the best lack all conviction, while the worst are full of passionate intensity.”

One thing that we can confidently predict is that, as a result of this invasion, Ukraine’s tragic cycle will continue. For the Greek classics, tragedy is the result of actors being unable to see how much their own actions have contributed to their current disaster. Hubris leads nations to disaster because men fail to grasp the true meaning of justice—which is mercy—and therefore settle for vengeance instead.

By witnessing onstage the horrors that result from the unyielding pursuit of vengeance, Greek playwrights sought to lead audiences to catharsis, a purging of emotions so powerful that it allows new emotions, such as pity and compassion, to enter the soul and take the place of rage. Aristotle thought that catharsis could liberate individuals and societies from the endless repetition of a tragic script, but not until the participants themselves came to realize how their own lack of compassion had led them to ruin and destruction.

There is, therefore, only one true solution to the cycle of tragedy. As the famed Welsh social critic Raymond Williams wrote in his classic, Modern Tragedy, it is a “quite different peacemaking that would attempt to resolve rather than to cover the determining tragic disorder. Any such resolution would mean changing ourselves, in fundamental ways.”

Nicolai N. Petro is a Professor of Political Science at the University of Rhode Island (USA). He was a U.S. Fulbright Scholar in Ukraine 2013-2014 and the author of the forthcoming book The Tragedy of Ukraine: What Classical Greek Tragedy Can Teach Us About Conflict. Resolution.