The True Value of the New NATO Strategic Concept 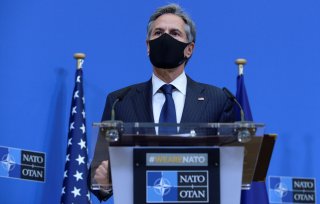 The security architecture required to execute the Strategic Concept to fulfill the security agenda to enable effective multilateralism must make decisions faster than the speed of relevance so NATO’s resultant actions will dictate the terms of relevance to NATO’s competitors. The security architecture, the way in which we work, must be able to develop and execute an anticipatory actionable program that gets results. If the multidisciplinary architecture can by consensus set priorities, allocate resources, manage risk, and make early enabling decisions in time for the component parts of that architecture to act effectively, and if it can organize, train, and equip itself for the actions it must take, then we will truly know that Europe and America are both back.

The famous Prussian military theorist Karl von Clausewitz famously wrote that “War is the continuation of politics by other means,” which suggests that the converse is also true: “Politics is the continuation of war by other means.” In great-power competition, therefore, it seems that we have but two choices, to be victorious politically or to fight militarily. We have the resources, we have the rhetoric, we seem to increasingly have the resolve, but can we develop the winning political routines in time to stave off undesirable military imperatives?

The winning political routine requires a narrow focus on the coherent integration and timely application of all elements of national power as an Alliance and a community of nations, which will, in turn, enable a truly effective multilateralism. In the face of determined autocratic competitors who systematically use all their elements of power, coordinated by design, to attack us in our most vulnerable places and at the most opportune times, we have no other choice. To successfully wield this newly coherent power, the transatlantic community must develop the ability to make routine consensus decisions at speed in support of a prioritized, resourced, executable, and anticipatory strategic agenda while managing associated risks in a way that sustains consensus and the commitment of allied and partner populations. The new NATO Strategic Concept is the best opportunity to update NATO’s way of working to do just that, but such an update will require that Allies accept the reality that our collective security interests now outweigh our national prerogatives. This complicated process will be disruptive, and it will take time. To guarantee we have that time, the transatlantic community must urgently work to ensure that we are resilient, unified, and autonomous as a transatlantic community and therefore, that we remain masters of our own destiny.

Ironically, it is the Chinese proverb “A journey of a thousand miles begins with a single step” that is the most appropriate encouragement for the transatlantic community to embark now on such a revolutionary and necessarily disruptive path as dealing with the rise of China requires. This year’s NATO summit must be the first step.

Michael Ryan served as the U.S. Deputy Assistant Secretary of Defense for European and NATO Policy from October 2019 to October 2020.

The views expressed in this article are those of the authors and do not reflect the official policy or position of the Department of Defense or the U.S. government.