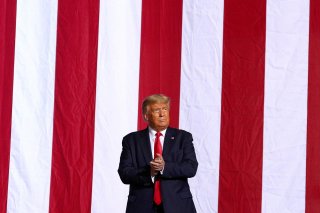 In the dying days of British naval hegemony, Britain had a choice to make. In the United States, there was a growing desire to act independent of the greater Anglospheric power. Across the globe, the rise of Japan and Imperial Germany threatened the British eastern empire as well as homeland, as the balance of power altered beyond the capability of a tired hegemon to shrug off. Britain, therefore, made a choice, and with the Hay–Pauncefote Treaty, accepted the American construction and control of the Panama Canal, which was tacit approval to American regional preponderance. This secured Britain as a U.S. ally and created a secure western front.

The Trump administration’s recent satellite intel and data sharing deal with India named the Basic Exchange and Cooperation Agreement on Geospatial Cooperation (Beca) while nowhere similar in gravitas might signify two things. A tacit American understanding that the global balance has altered and America needs allies to balance the rise of China. The hegemon is tired, internally divided, hollowed out, beset with borderline insurgent forces within, and almost bankrupt, and no longer unilaterally capable of managing the rise of various threats across the globe. Yes, the United States is still the predominant power, but unless a massive course correction and retrenchment starts soon, the decline will be inevitable. This deal, with an erstwhile “cold war” enemy and one of the most reticent powers in the world, signifies that course correction.

As the Trump administration reaches the end of its first term, there will be multiple autopsies about the foreign policy it charted and the most significant of those moves. Several will rightly point out that Donald Trump started no new wars. That in itself is a significant effort, given that his cabinet once boasted of ornaments like John Bolton, attempting to bring democracy to Venezuela. The belligerence was relatively in check, despite multiple unilateral moves including the murder of Abu Bakr al-Baghdadi and the assasinatoin of Qassim Suleimani. The first one was a natural conclusion of a better martial doctrine that changed the Obama era attrition of the Islamic State to a tactic of annihilation. The second one’s effects are more debatable. Some people will point to the unthinkable peace deals across the Middle East. Israel’s relations with Arab states demonstrate unprecedented progress. But that is a natural culmination of a broader long-term trend, the irrelevance of Palestinian rights in the greater Middle East. The balance of power is strictly in Israel’s favor, compared to the 1970s. Israel remains the largest and most powerful of all Middle Eastern states. The anti-Israeli Baathists are decimated, with Muammar el-Qaddafi and Saddam Hussein dead, and Bashar al-Assad barely managing to survive due to Russian patronage, with no real power. Finally, Iran overstretching itself across the region has allowed the Gulf Arabs and Israel to align against a potential (and arguably overhyped) threat, and the peace between them is simply a reflection of hegemonic stability. It is commendable, but Trump wasn’t elected to make Israel or Saudi Arabia great again. The only strategic benefit from these deals would have been visible if the U.S. government took advantage and pulled out of the region buck-passing regional security to the Israeli-Gulf axis to balance Iran. But there is still no active retrenchment from the Middle East, despite Trump’s instincts.

The legacy of Trump’s foreign policy is China, and not the meaningless trade war or immigration ban, which didn’t affect China much. It is cultivating an alliance with India and selling weapons to Taiwan, the two pivot points for any future Asian grand strategy. Recent history favored America. India, a historically reticent great power which prefers equidistance and nonalignment from all power blocs and is skeptical of imperialism, was bloodied and humiliated in the Himalayas. With scores of soldiers dead, it was forced to look to other alternative strategies to the biggest threat it has faced in centuries. Accordingly, it revitalized the Quad, invited Australia to a naval exercise with Japan and the United States, and sailed its navy to the South China Sea. This data deal is, however, the crown jewel. As Reuters reported, “an accord would provide India with access to a range of topographical, nautical and aeronautical data, a defense industry source said. It would also allow the United States to provide advanced navigational aids and avionics on U.S.-supplied aircraft to India, the defense source said.” Put simply, with American satellite data, Indian weapons systems will be able to better target Chinese positions. India’s Agni-V weapons are capable of reaching Beijing, and this provides a game-changing deterrence, but more than that, it increases day to day operational imaging in the mountains. That, added to the U.S. sale of anti-ship weapons to Taiwan are the two concrete steps toward tackling China in the coming decades.

The future U.S. grand strategy in Asia will be predicated on two assumptions. One, China will continue to rise, and commensurate to its rise will aspire for regional hegemony. And two, American relative power will continue to decline in a potential multipolar world, thereby necessitating a strategy of buck-passing to regional powers. Regardless of which person or party is in power in DC, structural forces will compel these moves. The chessboard is already set for a long game, and the pawns are already moving in place. For all Trump’s talk of a return to a great-power rivalry, his facilitating an alliance with India and arming Taiwan as a frontier state against a rising China will be his defining legacy—a strategy that will likely continue even if Joe Biden wins the presidency.